Posted on December 8, 2017 | Comments Off on Cuba Open for Business 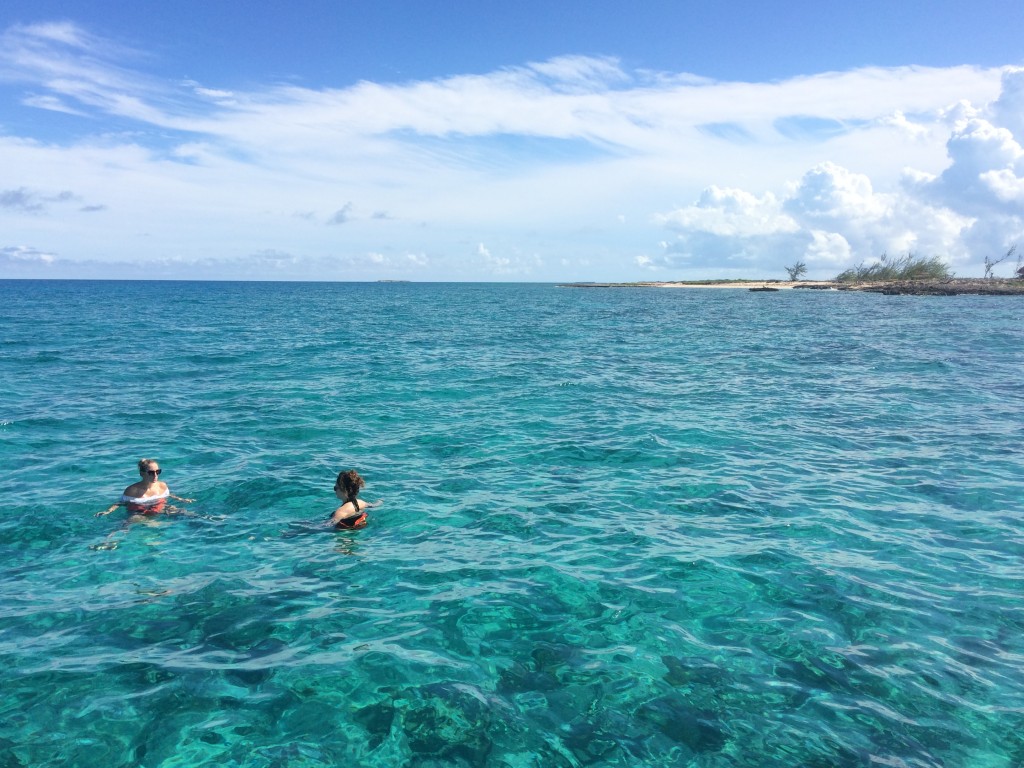 Of all the Caribbean islands, Cuba has to be one of the most popular for Canadians. On a recent trip, post Hurrican Irma, I learned how the clean-up efforts are going. I also learned that 75 per cent of the island’s tourists come from Canada, 60 per cent come from Quebec. After Spanish, I heard a lot of French being spoken!
Flying direct from Toronto to Cayo Coco’s Jardines del Rey Airport on Sunwing, I could see the appeal for my fellow Canucks. A quick 3 1/2 hour journey with no additional puddle-jumpers, and no US security and customs to navigate made the trip feel downright relaxing.
I was booked to stay at the Pullman Hotel Cayo Coco, an all-inclusive, 566-guestroom resort on 20 acres. 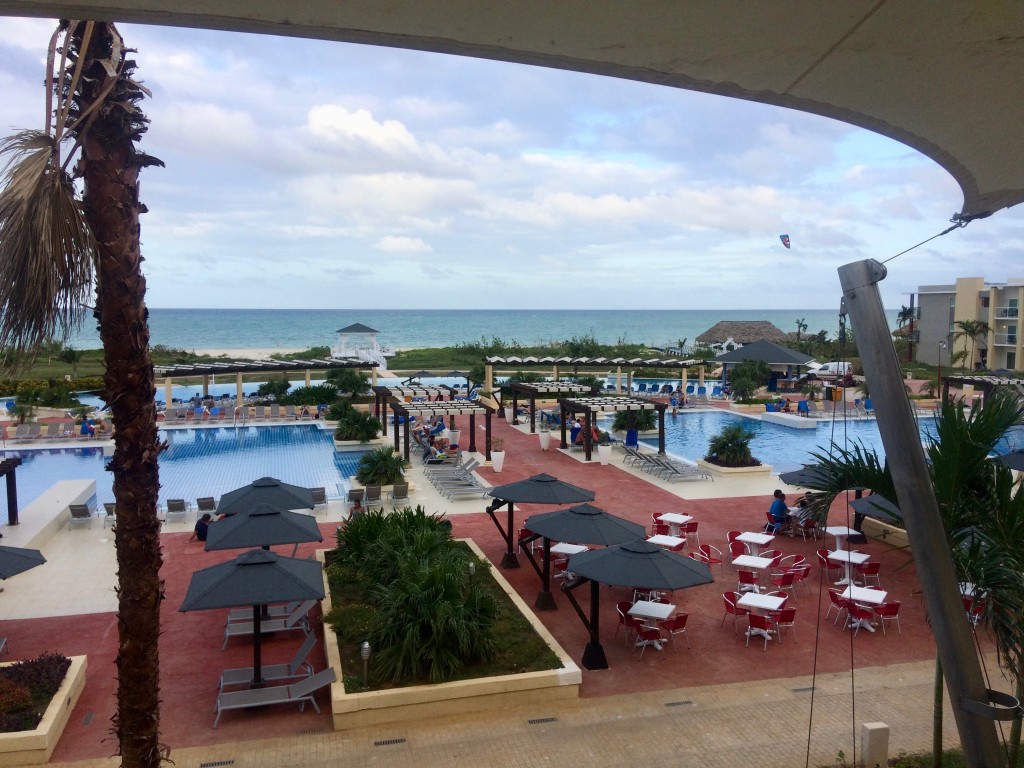 Pulling up to the property, all looked spit spot except for beaten up shrubs, flower gardens and straggly palms that a team of gardeners were trying to resuscitate. “Welcome, welcome,” beamed a smiling man with twinkling eyes and a smooth Parisian accent as I got out of the shuttle.
Jean-Christophe Martinez, the resort’s general manager explained that the hotel, under the French Accor luxury brand, opened in 2015. He had been there a little under two years when Hurricane Irma hit. “I came back from being abroad the day after the hurricane and I cried. The roof had been blown right off our open air lobby building.” For two months, the government had workers hammer away to get ready for the snowbirds who contribute so much to the island’s economy. On November 15th they were once again open for business, with a new lobby roof firmly in place.
Cayo Coco, developed as an alternative to Veradero, boasts 18 resorts and is 375 sq km in size. It is the fourth largest island in Cuba and the word Coco refers to the white Ibis bird, not hot chocolate. “No one lives on the island permanently. There are around 10,000 workers who take the bus in from the city of Moron every day. Why? There’s no fresh water on the island,” Jean- Christophe explained that night when he joined our group for dinner. 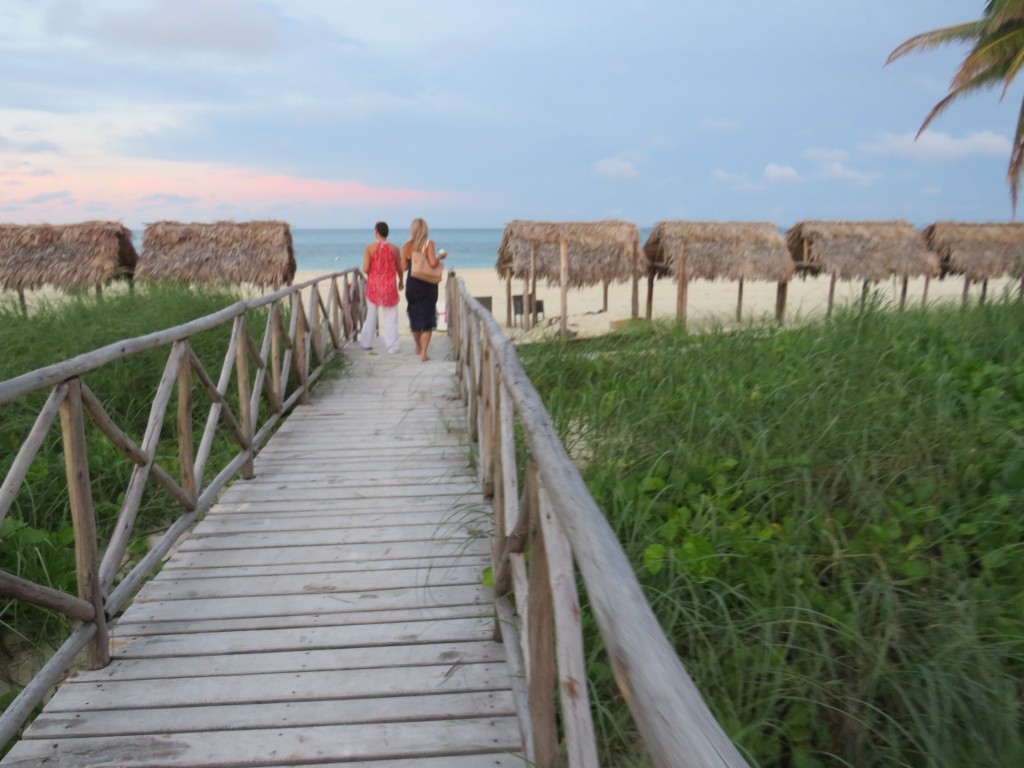 Other casualties of the hurricane included the pink inhabitants of a nearby flamingo reserve, but I did see a clump of the skinny legged birds off shore. Hopefully they are in recovery. A 22 km causeway that connects Cayo Coco to the mainland was closed during the hurricane and as we drove along it, I could see where the mangrove branches had been stripped bare, but thankfully there had been plenty of rain recently and the green was starting to fill in.
My first day was spent floating in brilliant Caribbean aqua blue water, and sifting powdery white sand through my toes. Any floatsum and jetsum deposited on the beach and been long cleaned up, but crews were busy repairing palm palapas damaged in the storm. 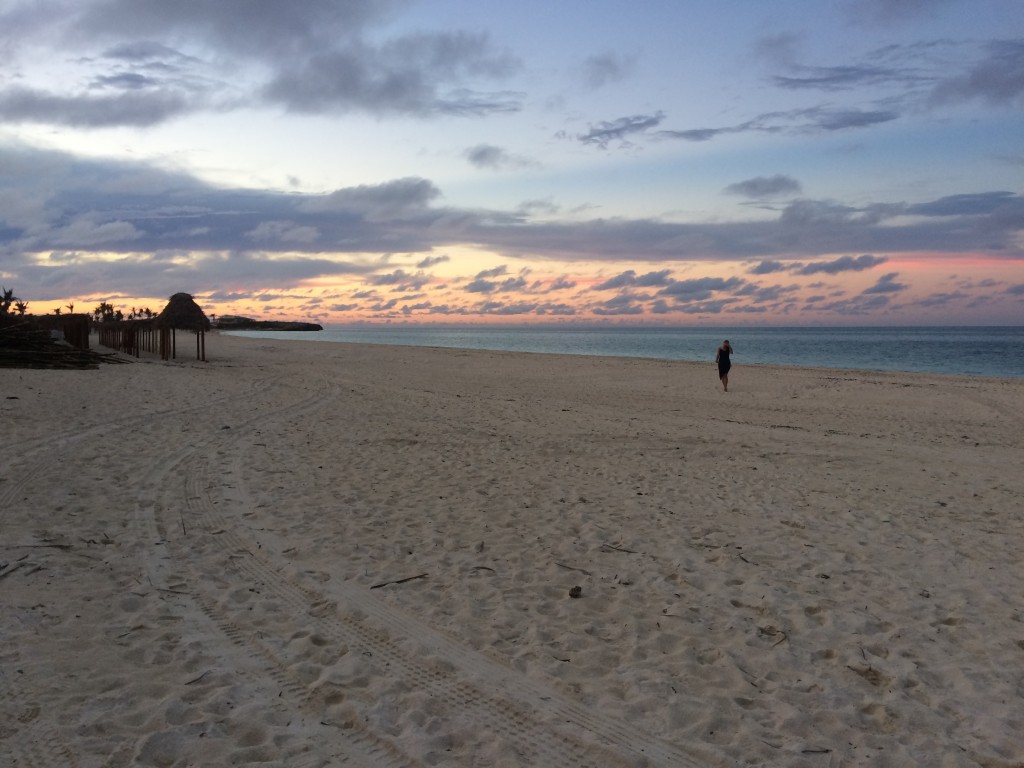 Another perfect, blue-skyed day arrived, perfect for a catamaran excursion with Seafari Cayo Media Luna by ecotur. The crew liberally poured rum and beer and soft drinks for the guests and lunch was delicious shrimp and lobster with rice. At a couple of stops I strapped on a snorkel, wiggled into some flippers and paddled around the boat, delighting in glimpses of lion fish, coral and sea urchins. 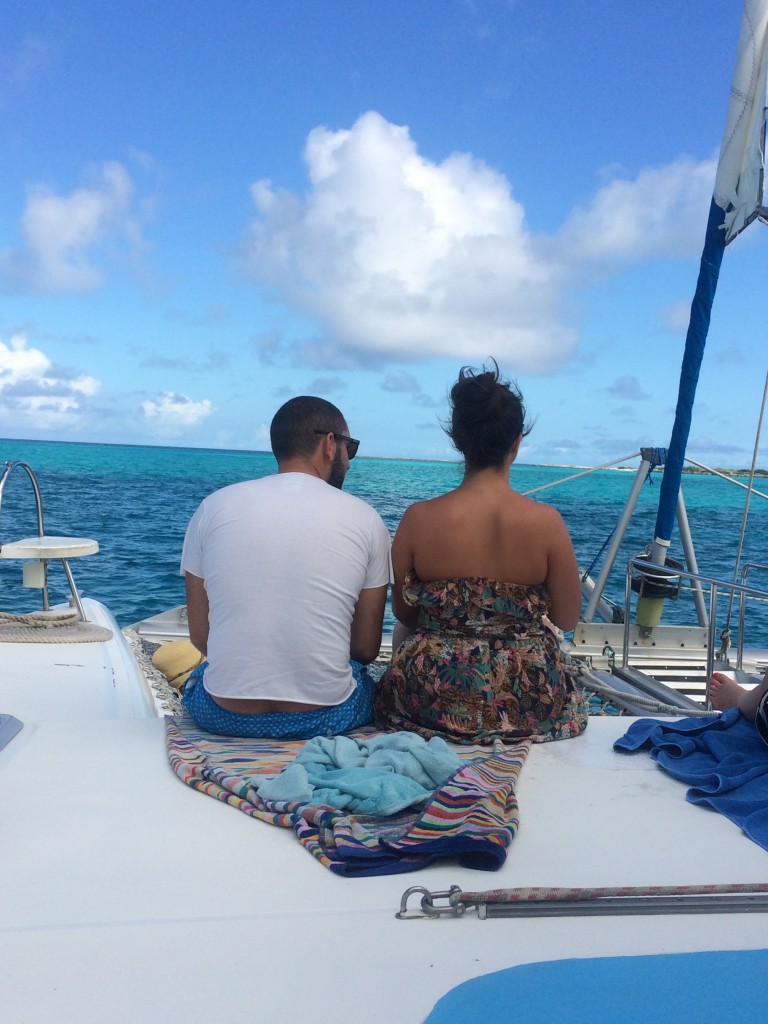 Getting into some mainland adventure, I signed up for a tour of Moron, population 65,000, where most of the resort staff live. A horse and buggy ride acquainted me with the town’s general layout. 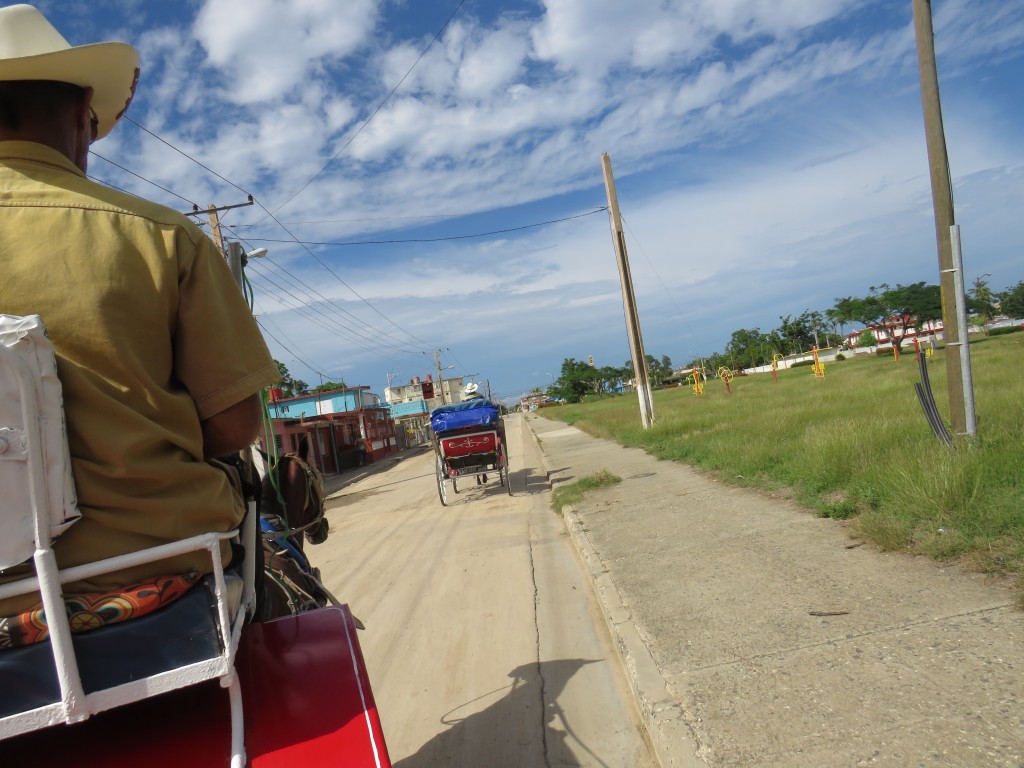 On the main drag, I poked around in a few stores and found the prices for rum started at around $5 and spiked at $40 for the ultra-smooth, longer-aged varieties. After a brief stop at an alligator farm to watch the big reptiles loaf about, 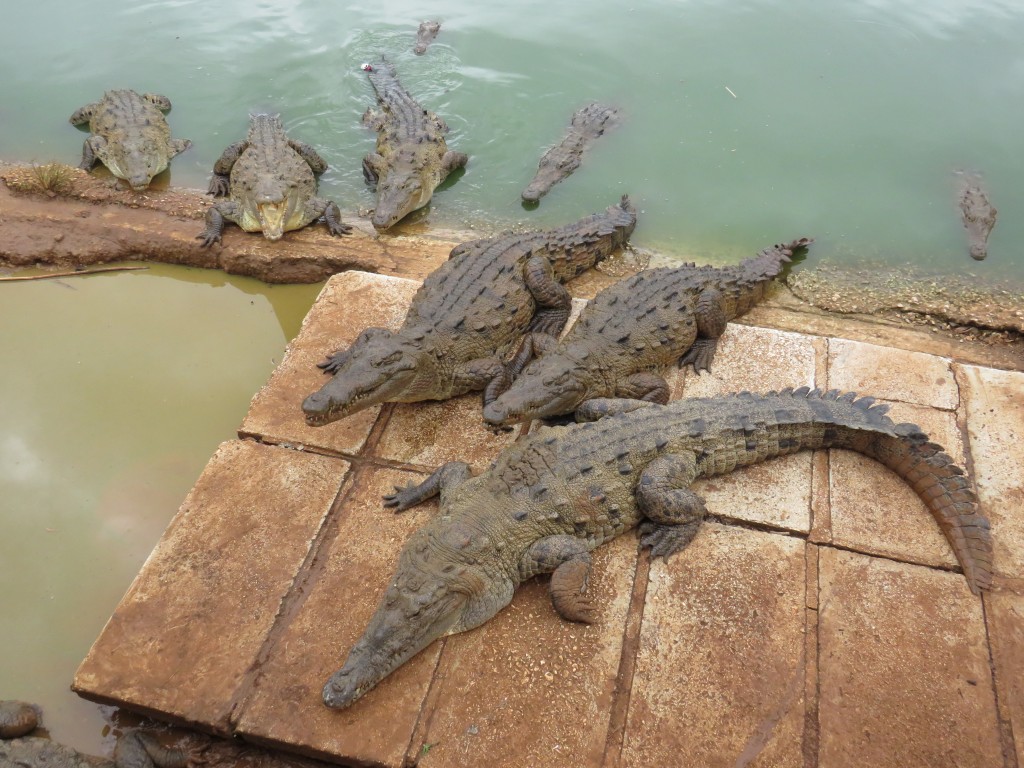 we stopped at Rancho Palma for a simple but delicious lunch of chicken, potatoes,cheese, beans and rice. 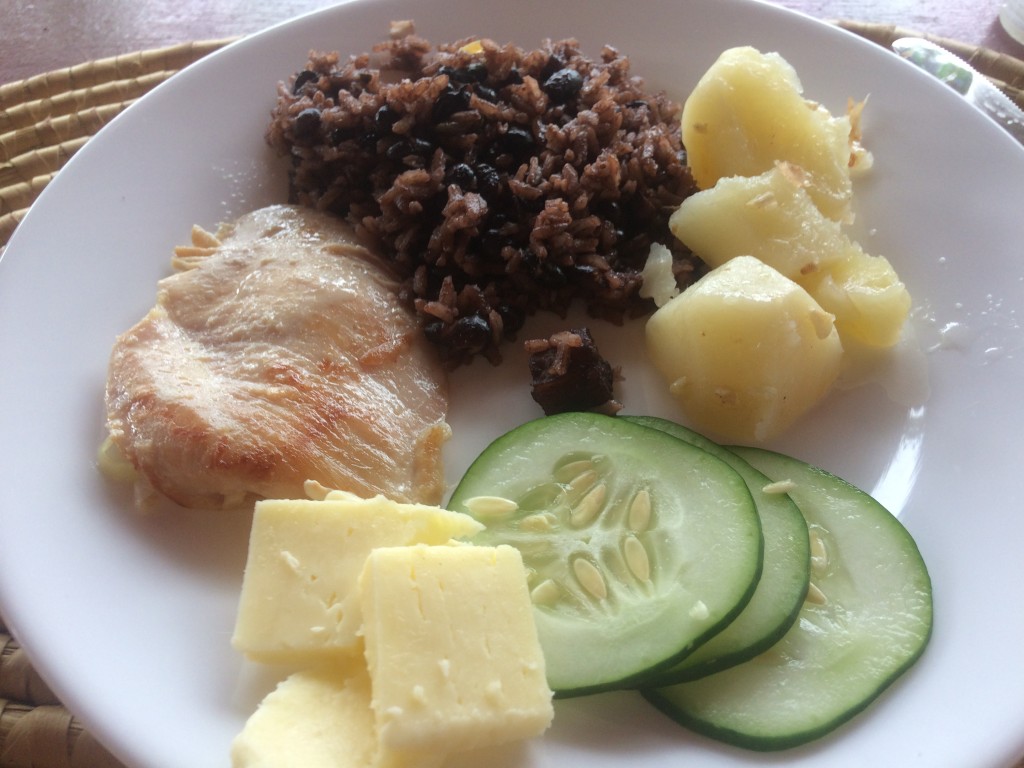 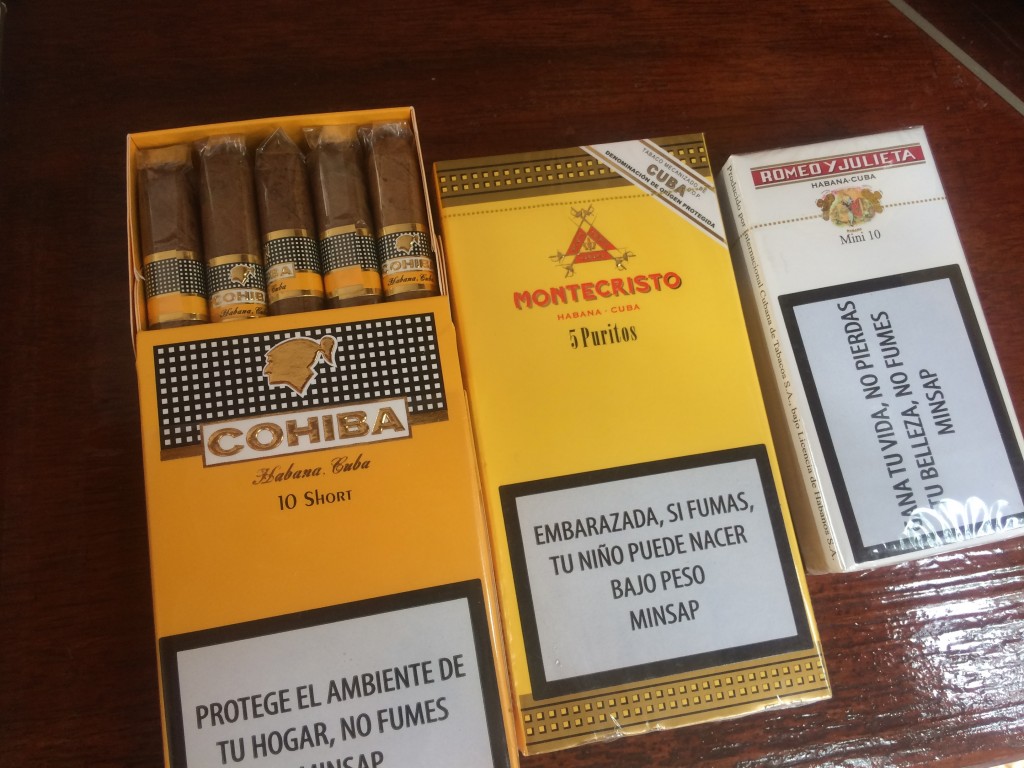 The area was also home to La Redonda Lake and a boat tour was part of the package. We skimmed past thick mangroves and were released into a mirror-still, shallow body of water. 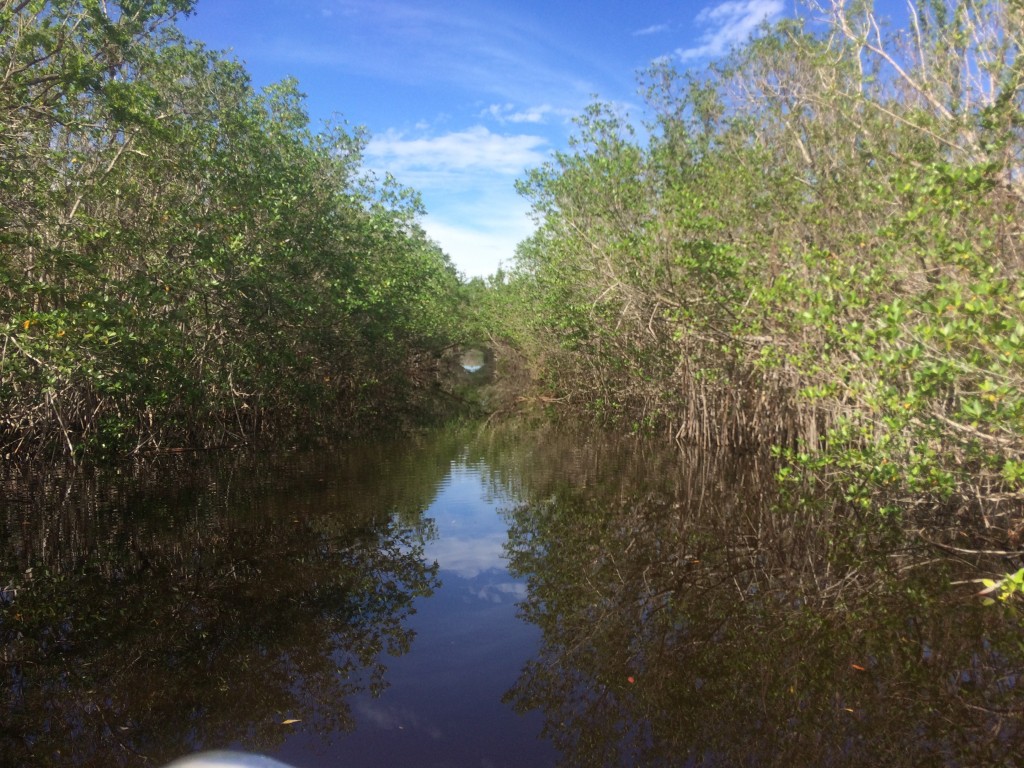 Our captain told us the lake was filled with tilapia and catfish. On the way back, I got to take the wheel. Fun! 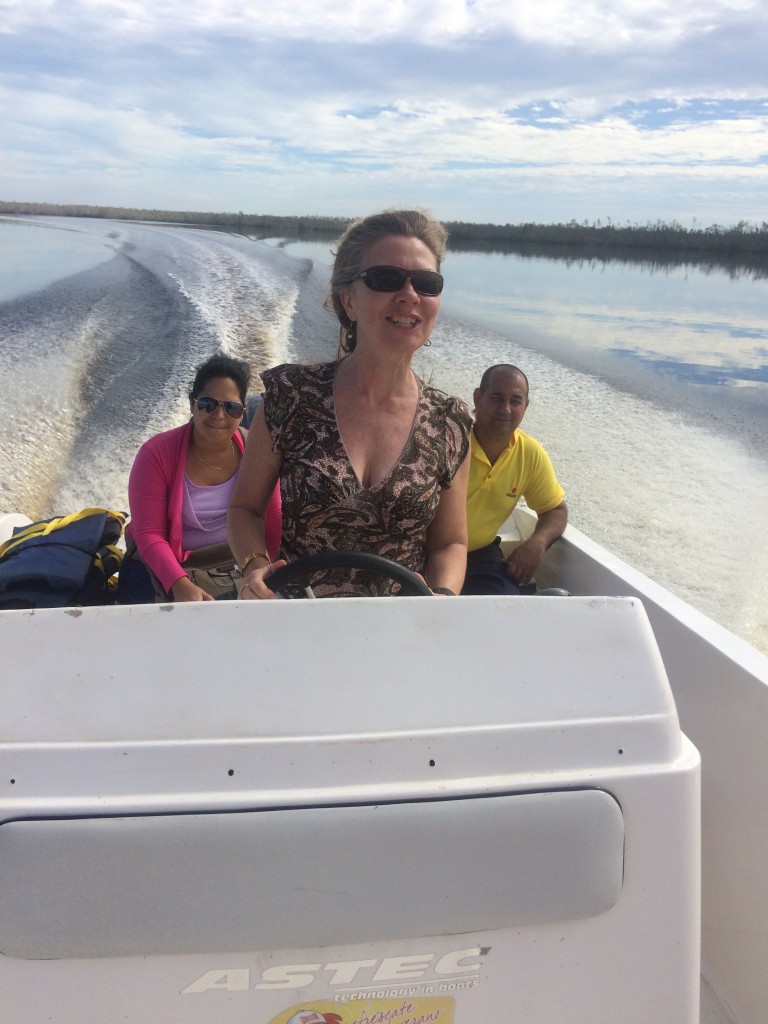 Next day was a Puesta del Sol Jeep tour with Loreine Amado Zalazar, a former economics university professor now working as a guide with state-run Ecotur. Bouncing around off road for a few hours, we plowed through water, past cowboys on horses, waving sugar cane fields, and velvety cows with their Ibis buddies. 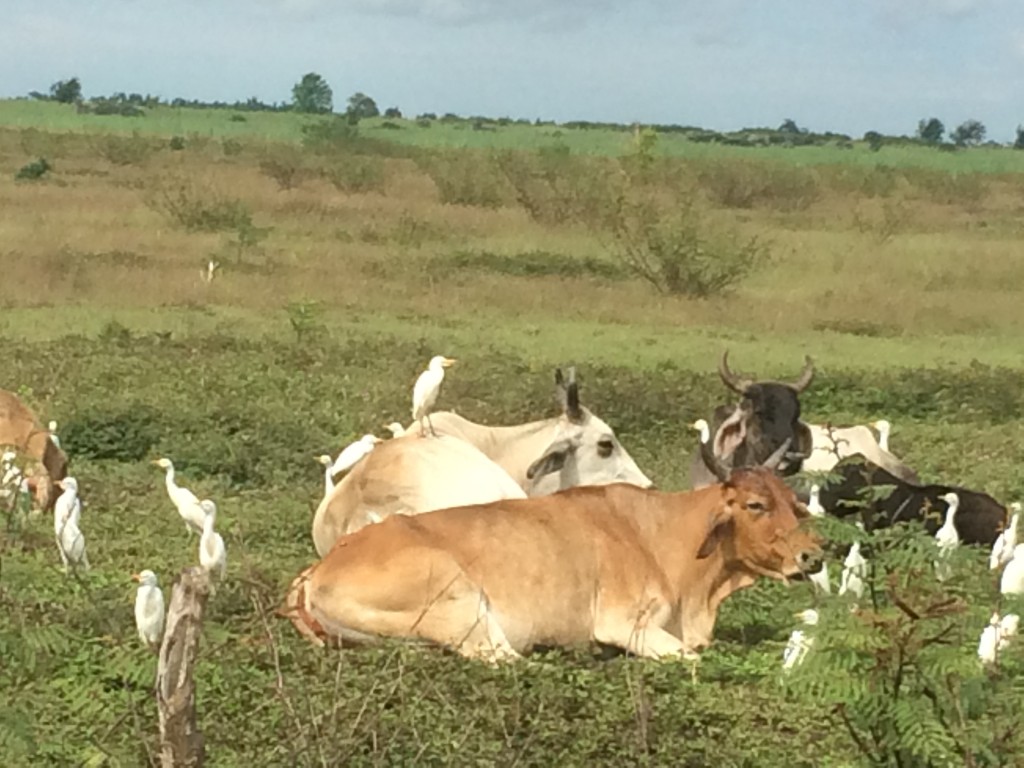 In the Florencia Lake area, we hopped on a boat and headed to an area where a crew was working to put the palm roofs back on an outdoor restaurant. Served pork slices, potatoes, cucumber and beans, our lunch was leisurely and tasty. 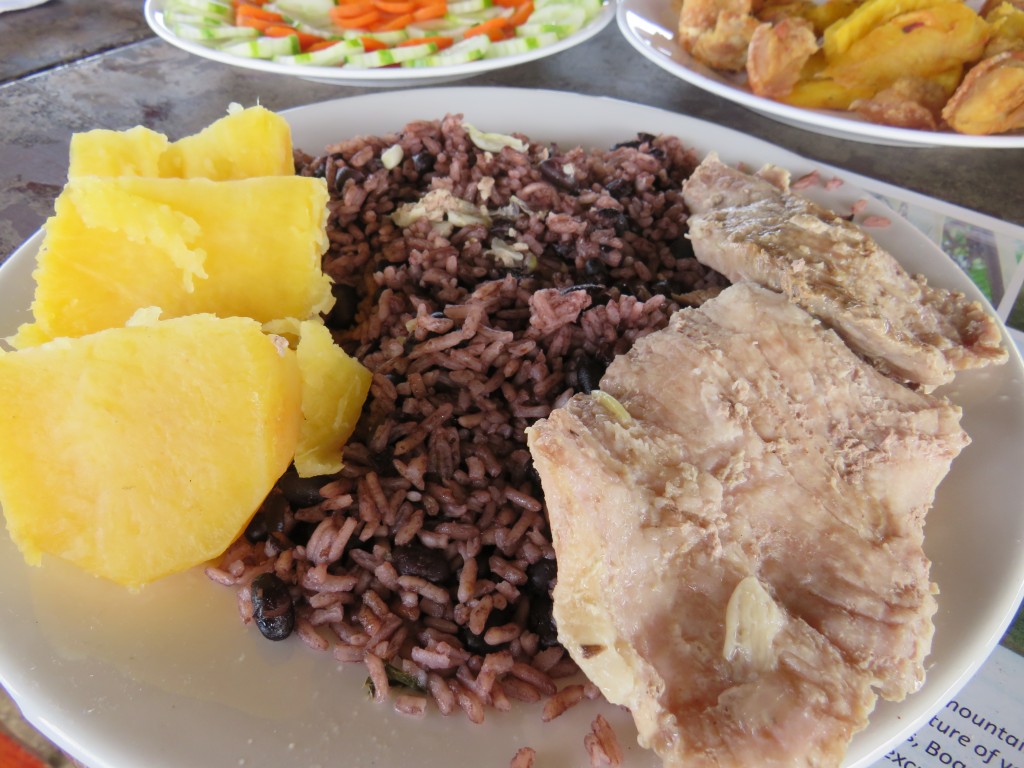 The last activity of the day was horse back riding at Santa Rubia Ranch. A large operation in the hills, the ranch raised thoroughbreds along with the friendly tip-to-tail trail riders we sat on. A cool glass of fresh squeezed lemonade waited when we dismounted. 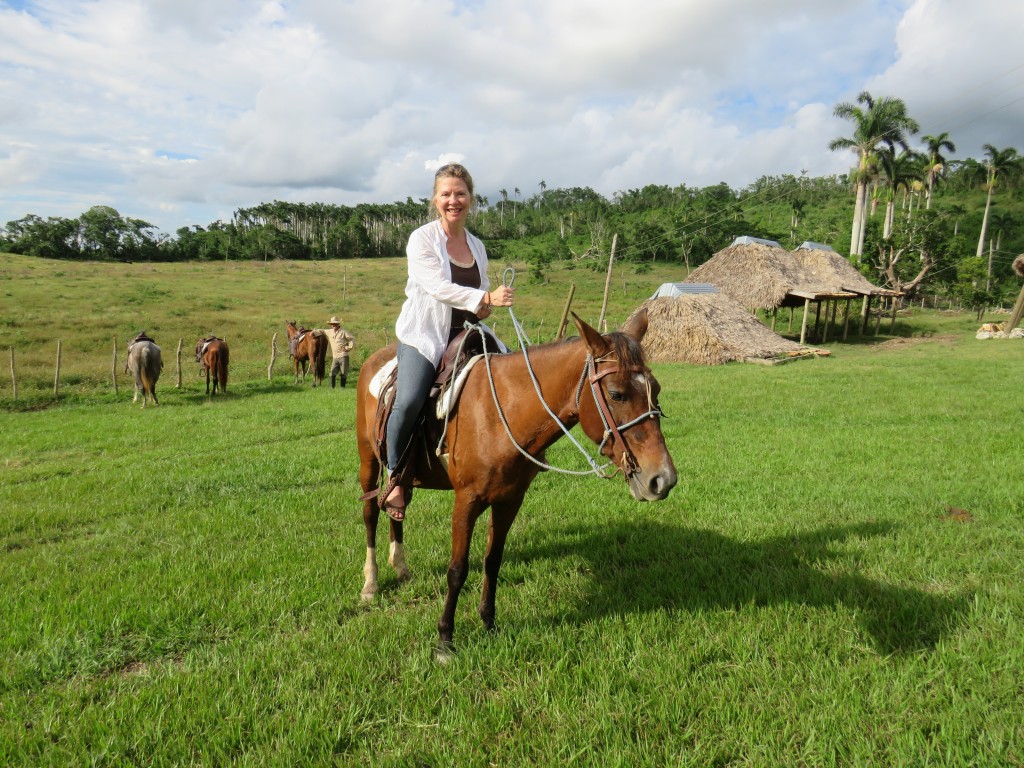 I loved the warm, positive vibe in Cuba. There is poverty but from what I could tell people were well educated (university is free) and of many different backgrounds including French, Spanish, and African.
Hurricane Irma did her best to beat down this socialist country of 12 million, but she failed. The resorts are open and ready for the sun seekers. Canadians, get ready. Cuba is back open for business!

This entry was posted in Destinations and tagged Cuba. Bookmark the permalink.