Posted on August 15, 2018 | Comments Off on Kayaking the Humber River 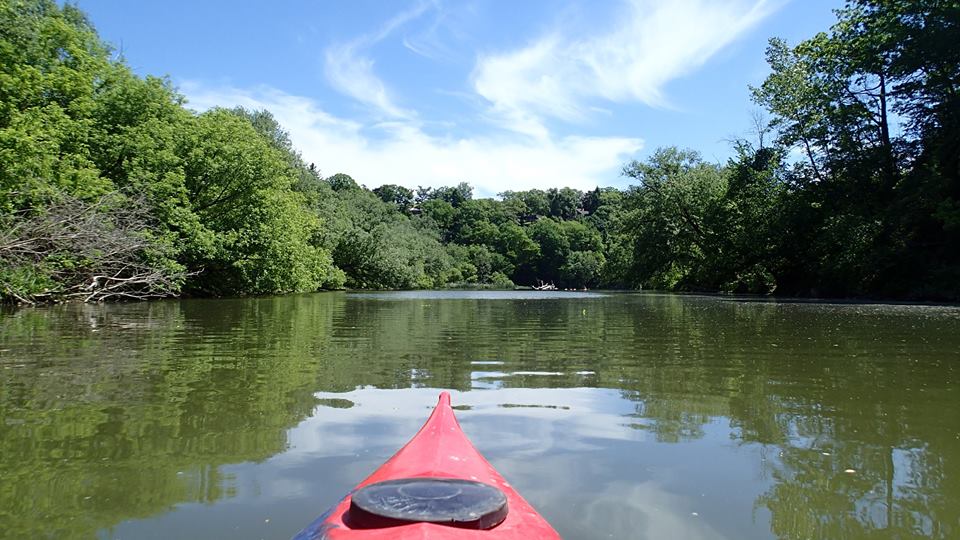 In summer, I love to immerse myself in nature as much as I can, even in the city. I’ve discovered a wonderful way to slow down, listen to the birds, enjoy the sunshine and get a bit of exercise. Toronto Adventures offers two-hour kayak rentals on the Humber River, a far quieter route than battling it out with ferries and powerboats in Toronto Harbour. 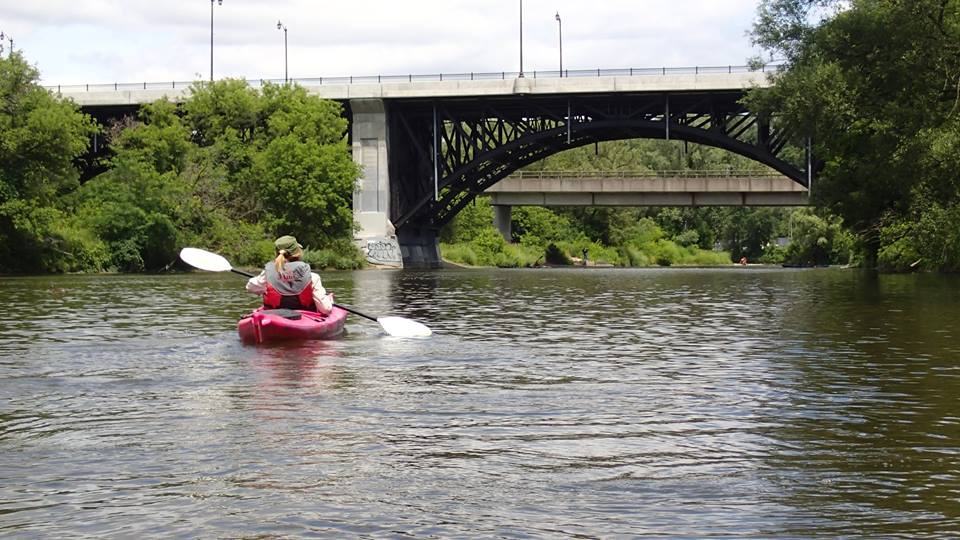 For a two-hour rental, a single person kayak costs $30 on weekdays and $35 on weekends. You can also get two people kayaks for roughly double that price. 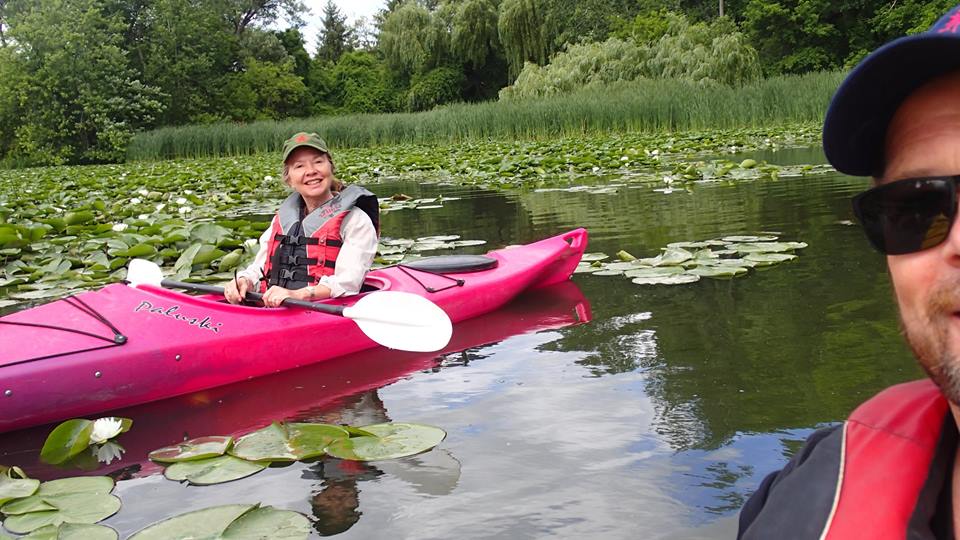 Here’s some info on the area that I got from the Ontario Trails website:
THE OLD MILL & THE OLD MILL BRIDGE Mills have existed at this site since 1793 when King’s Mill, Toronto’s first industrial building, supplied wood for the construction of Fort York (1793) and early Toronto. Today, you will pass by the ruins of the “Old Mill”, the third mill on that site. A bridge has stood over the Humber River at this location since 1837. The present arched stone bridge was built in 1916. Both the mill and the bridge are historically significant to Toronto and have been designated under the Ontario Heritage Act.

TORONTO CARRYING PLACE TRAIL Riverside Drive, on the high east bank of the river, traces the path of the ancient Toronto Carrying Place Trail. This trail was used by First Nations people for millennia as a trade route between Lake Ontario and the Upper Great Lakes to the north. Large oak trees, remnants from the time of the Carrying Place, still stand along the drive. One hundred and fifty of these trees were inventoried and municipally proclaimed as the “Tuhbenahneequay Ancient Grove”. They were named after the daughter of a chief of the Mississaugas of the New Credit First Nations.

THE HUMBER RIVER,VALLEY & MARSHES The Humber River watershed is the largest in Toronto. It is a significant corridor for migratory song birds and monarch butterflies. More than 60 species of fish live in the river including such sport fish as trout, pike and salmon. Spring and fall, fish migration may be observed from the Old Mill Bridge During winter, impressive ice jams often occur at this same location. The Humber Marshes are one of the few remaining river mouth marshes in Toronto. These extensive marshes provide a breeding habitat for ducks, turtles and fish. Humber River’s significance is being recognized by its designation in 1999 as a Canadian Heritage River.

EARLY SETTLEMENT SITE A sand dune marks the approximate location of the original Lake Ontario shoreline, prior to land filling. Near here was the site of a French trading fort (1749)and a French merchant’s cabin (1790).