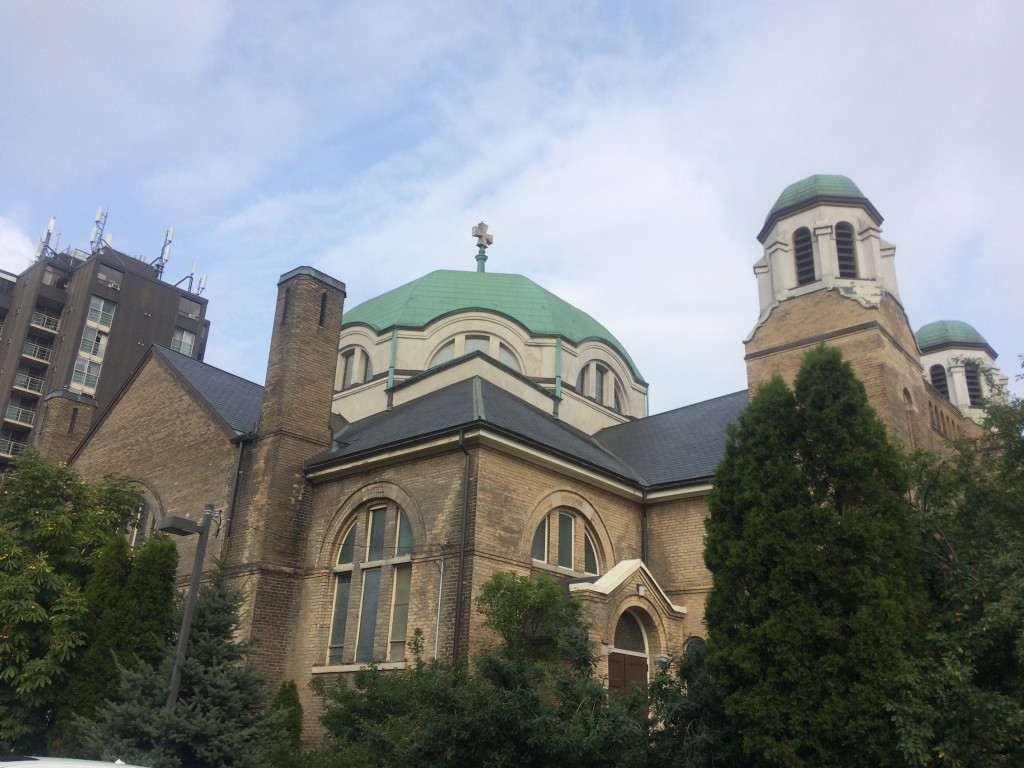 I had walked by the church many times, but never gone in. This Sunday, the plaque in front of St. Anne’s Anglican church intrigued me. 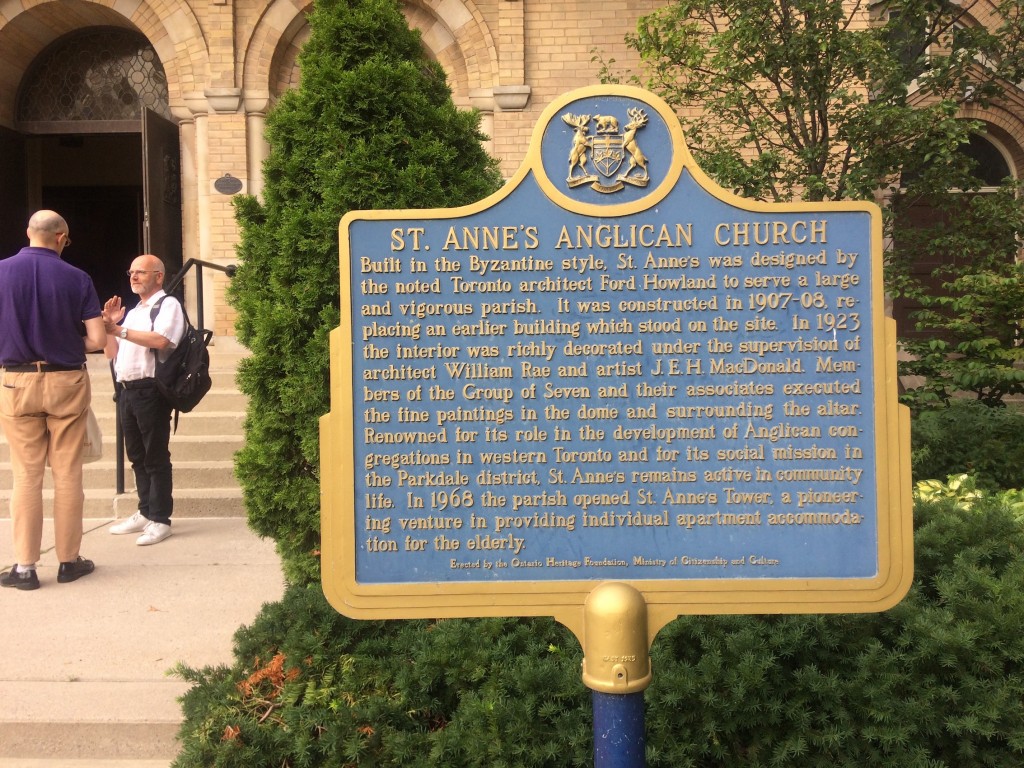 A service was about to begin and… so I went in.
The interior was gorgeous. I picked up some information sheets on a table by the front door and learned the church was built in 1907 in a Byzantine Revival style and designed by Ford Howland. The inspiration for his amazing design? The Hagia Sophia of Constantinople, built in the 4th century before that city fell under the rule of the Ottoman Empire and became Istanbul.
After the lovely, welcoming service, I sat under the large domed roof and marveled at the amazing murals depicting the life of Christ in the chancel, some of which were done by members of the Group of Seven – J.E.H MacDonald, F.H. Varley and Franklin Carmichael – as well as their colleagues. 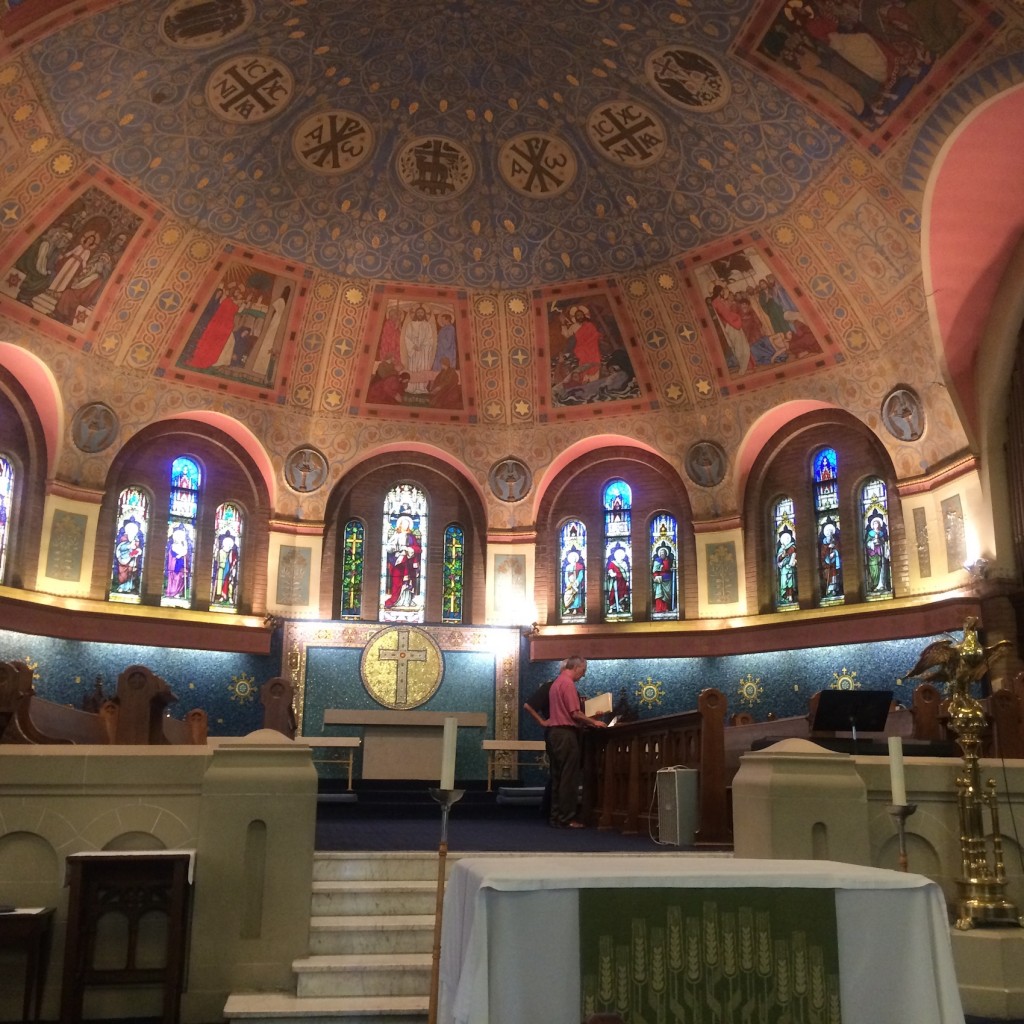 One of the pamphlets gave me some fascinating details about the murals.
The piece to catch my eye was The Nativity, done by Varley. 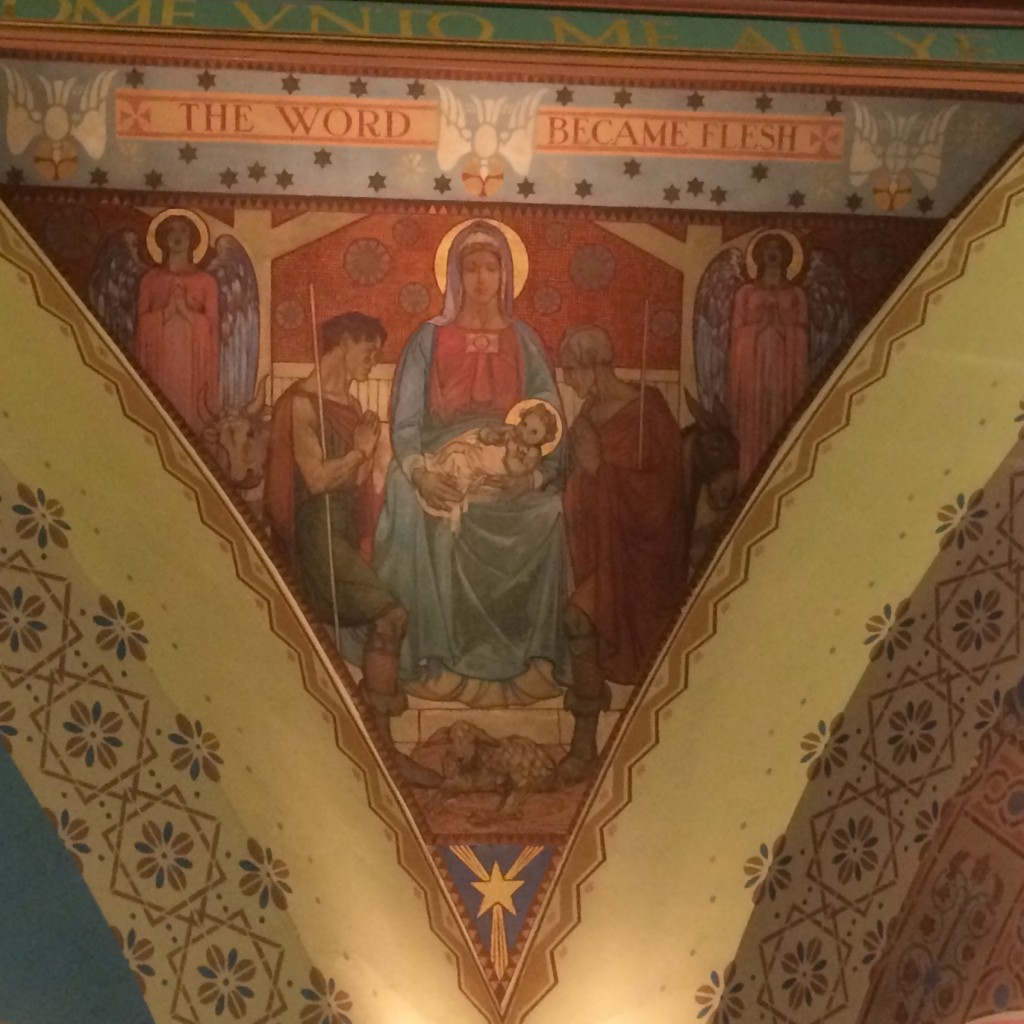 Apparently the shepherd on the left is Varley’s self-portrait, possibly a little muscled up.
The Stilling of the Storm was done by J.E.H. MacDonald and Jesus seems to leap out of the canvas. 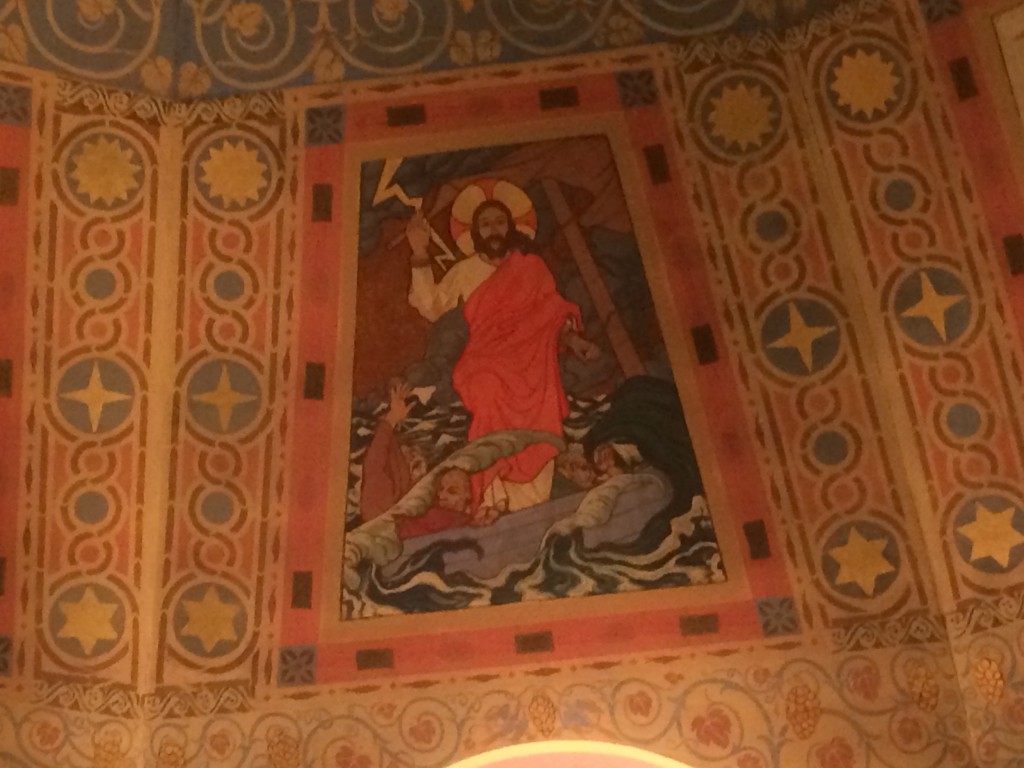 Looking closely, I thought the waves and clouds had a distinctly Georgian Bay appearance. 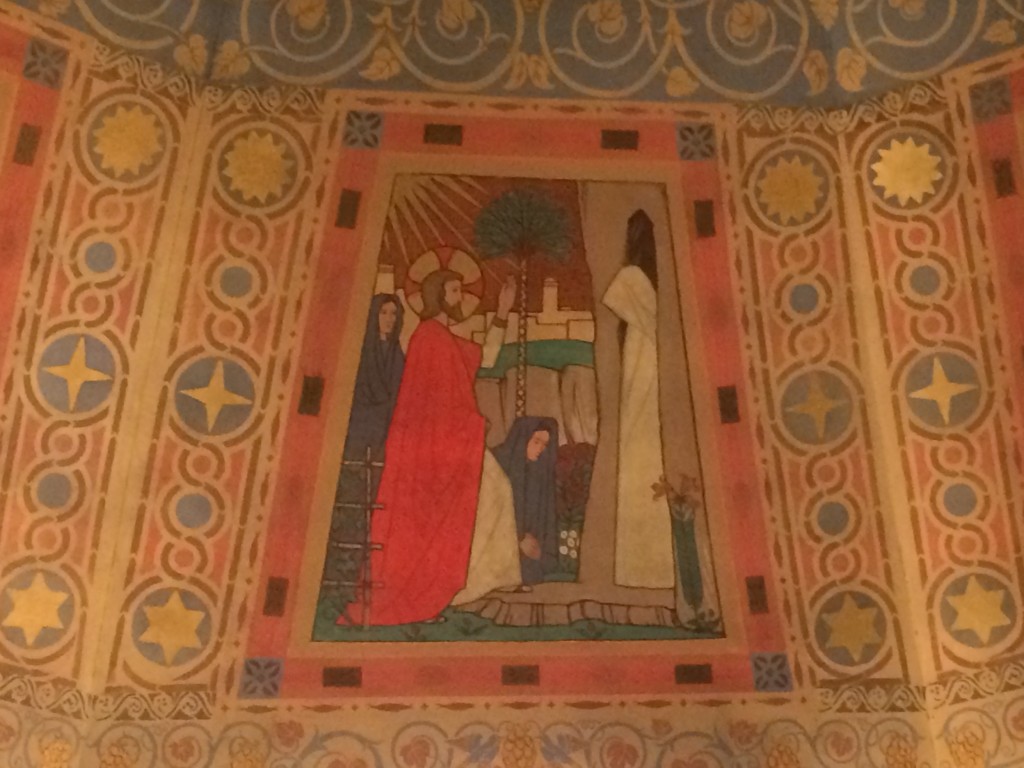 The Raising of Lazarus was done by Thoreau MacDonald, J.E.H. MacDonald’s son. 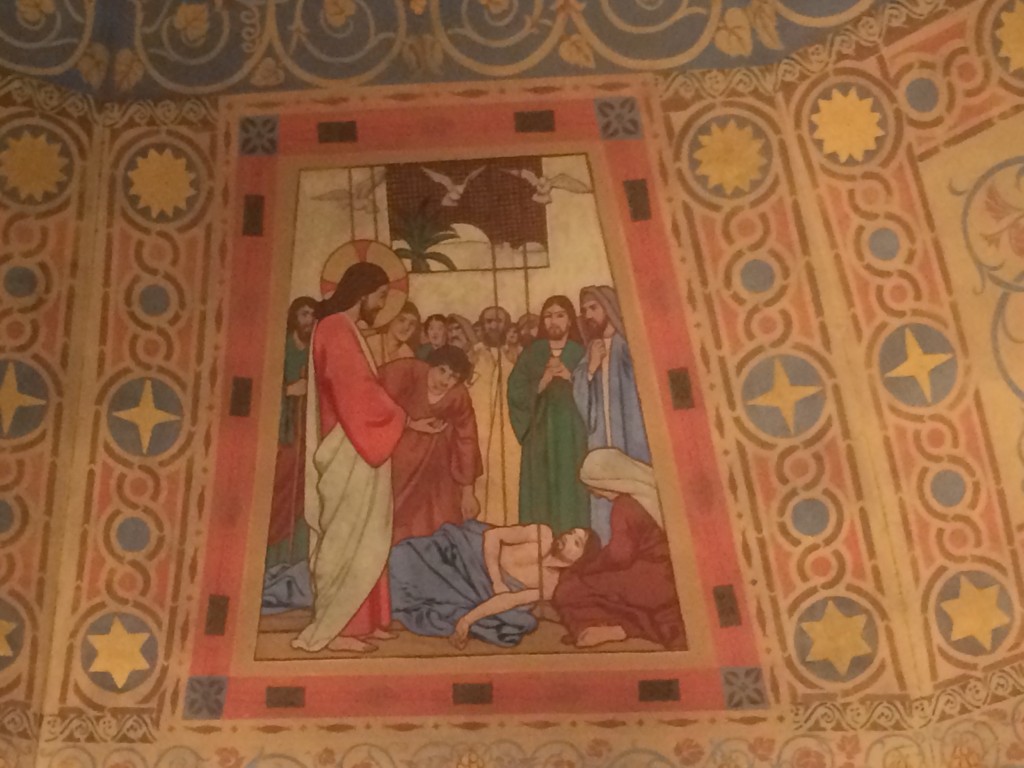 The Healing of the Palsied Man was done by Neil McKechnie. 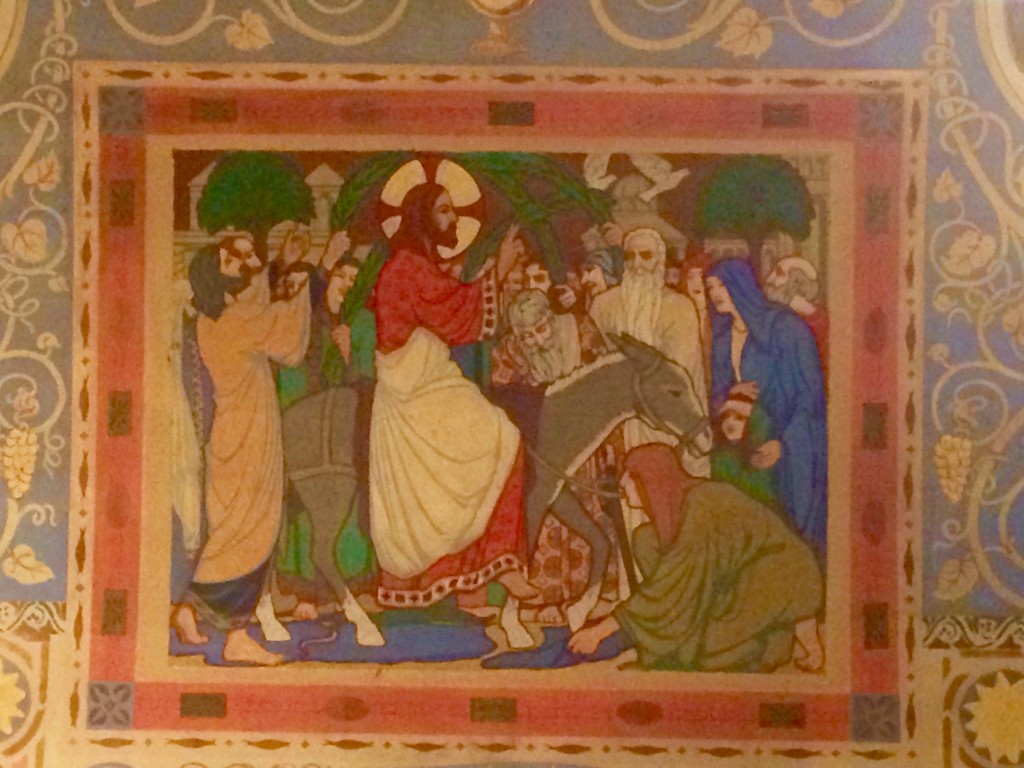 The Triumphal Entry into Jerusalem, by Frank Carmichael. 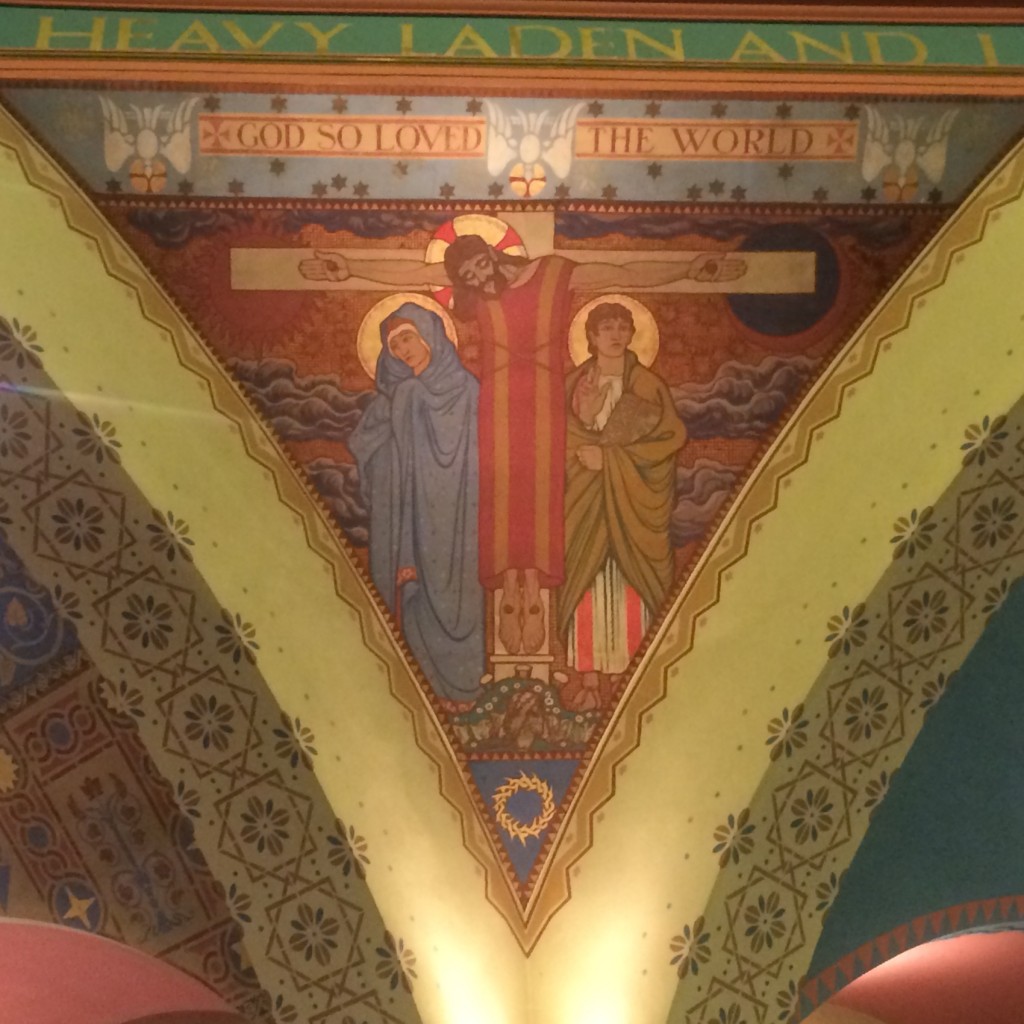 The Crucifixion, by J.E.H. MacDonald has a skull at the base of the painting, a reference to Golgotha (the place of a skull). 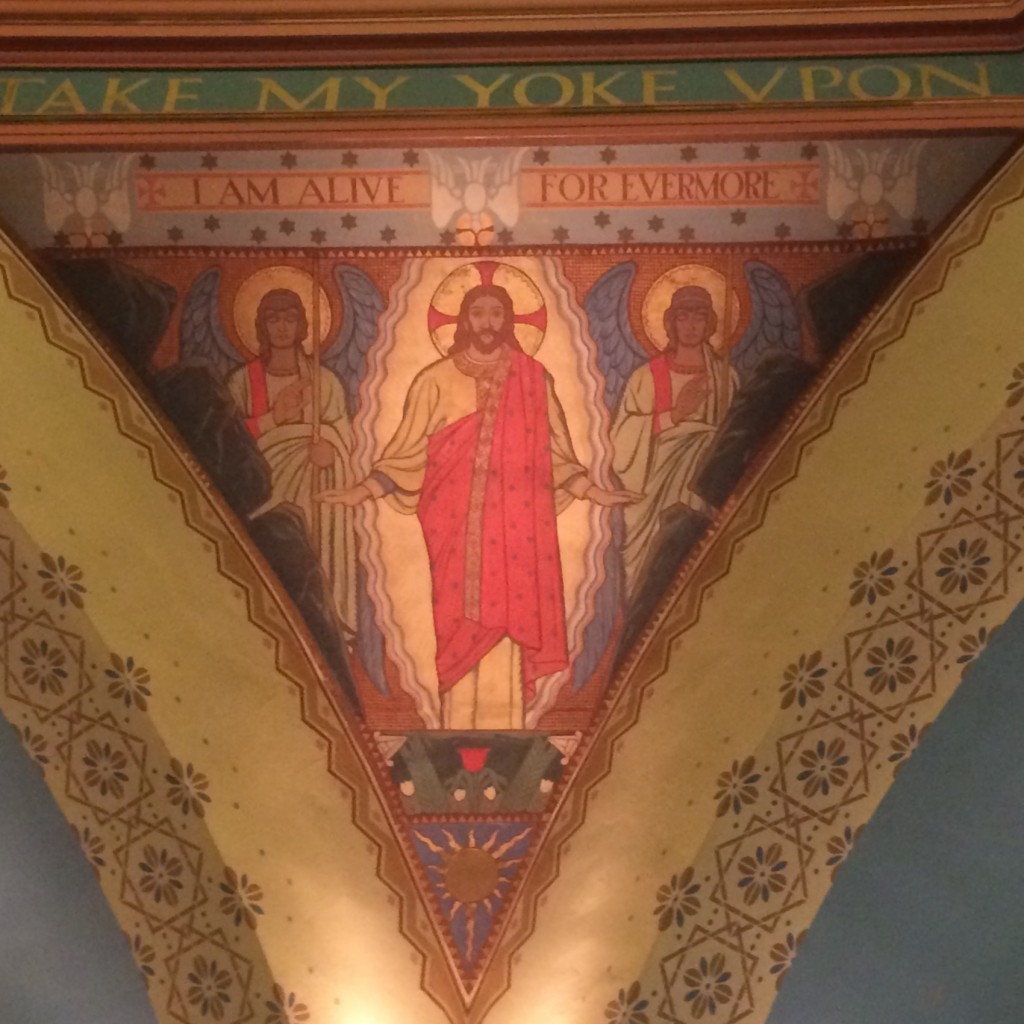 The Resurrection, by H.S. Palmer. 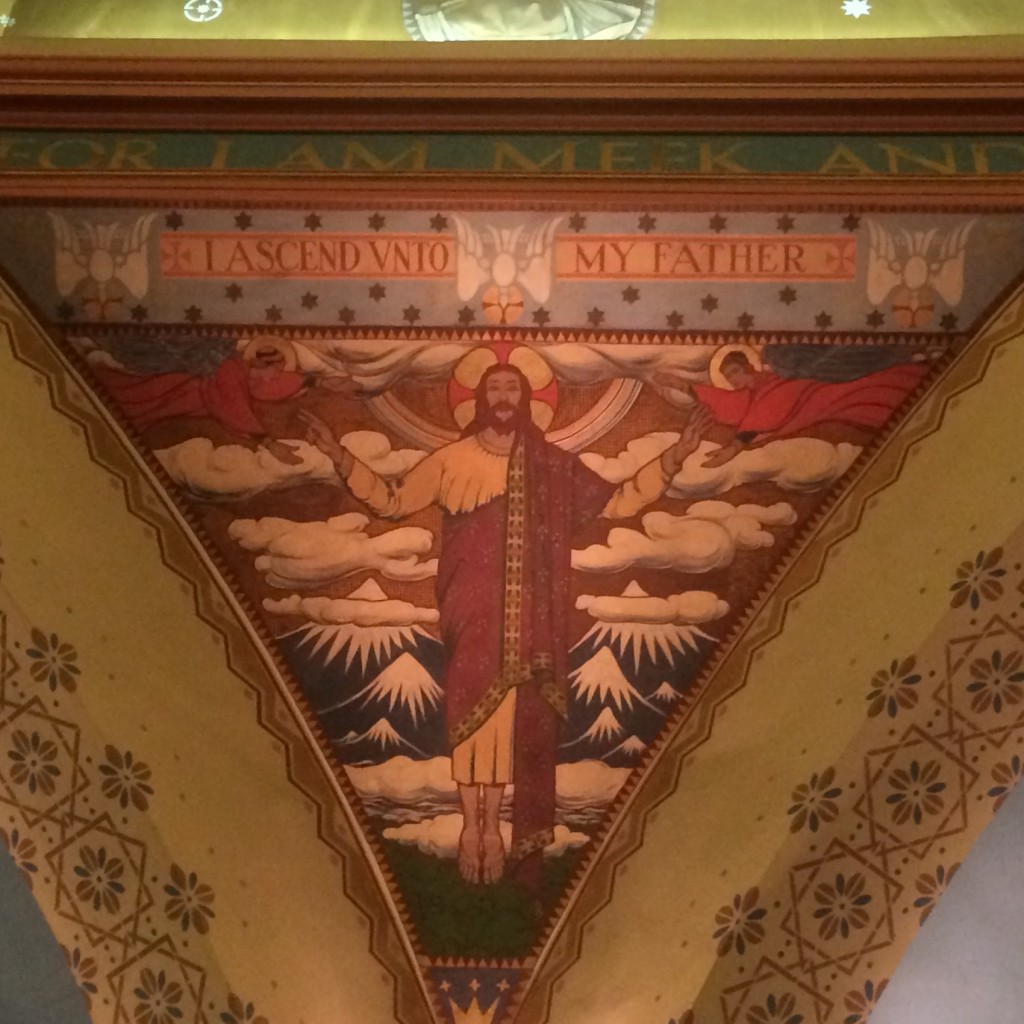 The Ascension, by H.S. Stansfield.
In the 1960s, the central mosaic work was added… 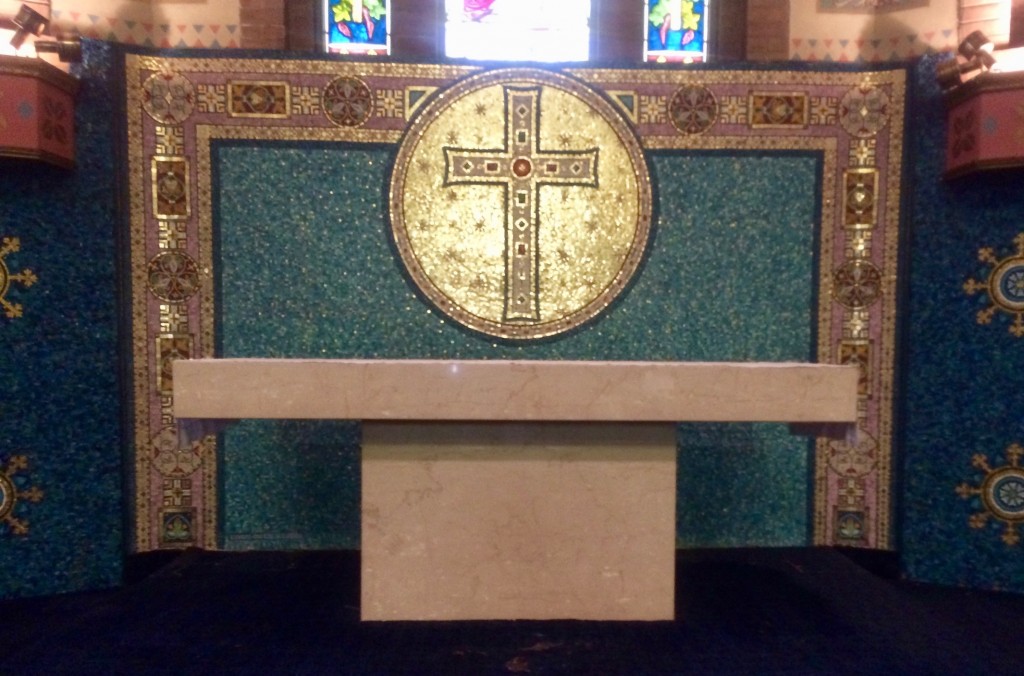 A spiritually uplifting and artfully enlightening way to spend a Sunday morning.