Posted on December 13, 2018 | Comments Off on Metropole Hanoi’s Amazing Legacy 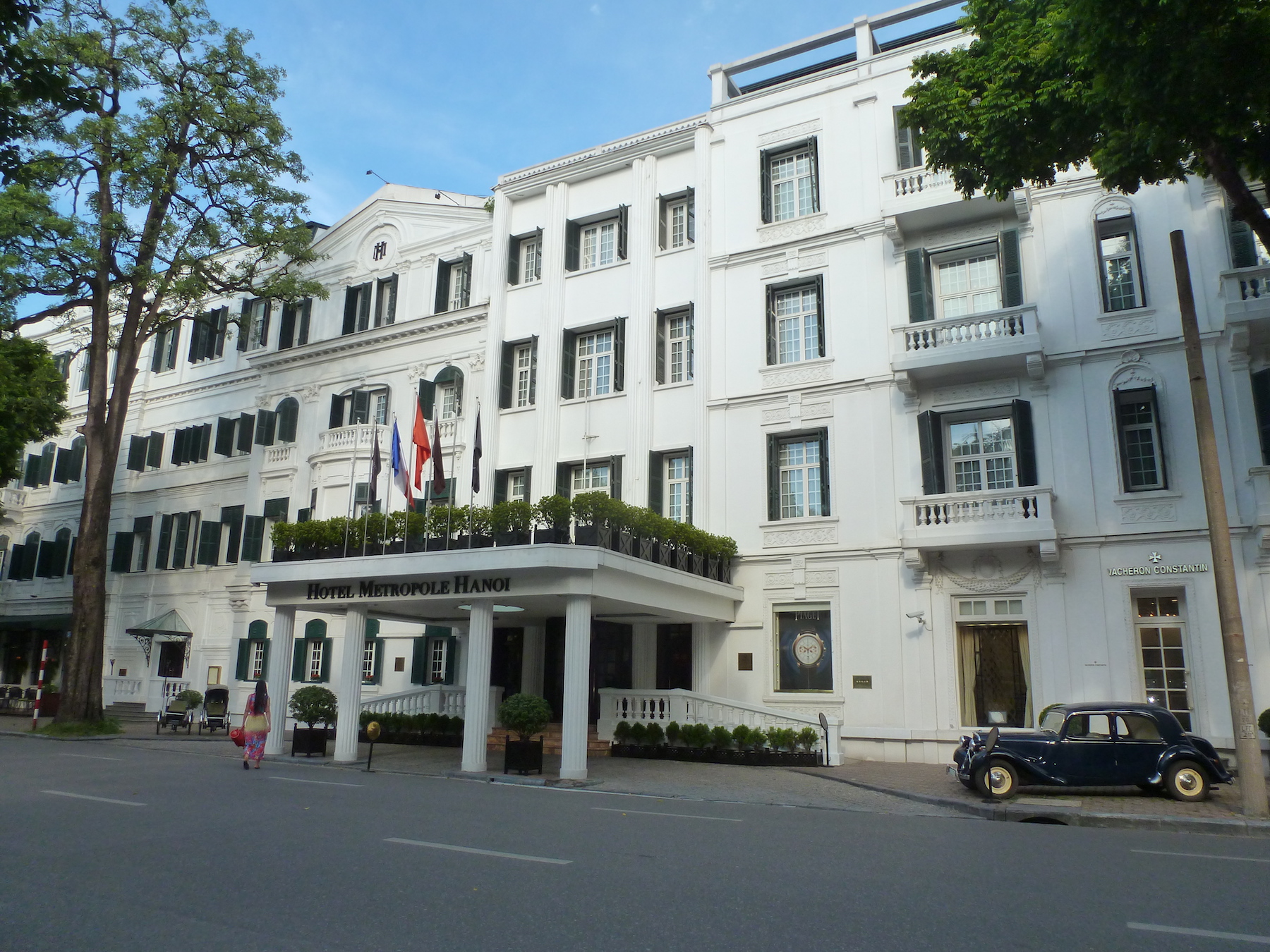 The plush Sofitel Legend Metropole Hanoi is a standout of French colonial architecture and was a favourite place of mine to have an afternoon coffee, evening cocktail by the pool or special birthday dinner. 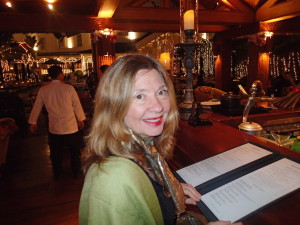 Why? It boasts a rich history and many cultural icons have stayed and created literary works here over the years. Designed by architects André Ducamp and Gustave-Émile Dumoutier, the hotel’s doors opened in 1901. After a secret marriage in Shanghai in 1936, Charlie Chaplin spent his honeymoon here with one of Hollywood’s famous female stars, Paulette Goddard. The hotel even named a suite in Chaplin’s honour. 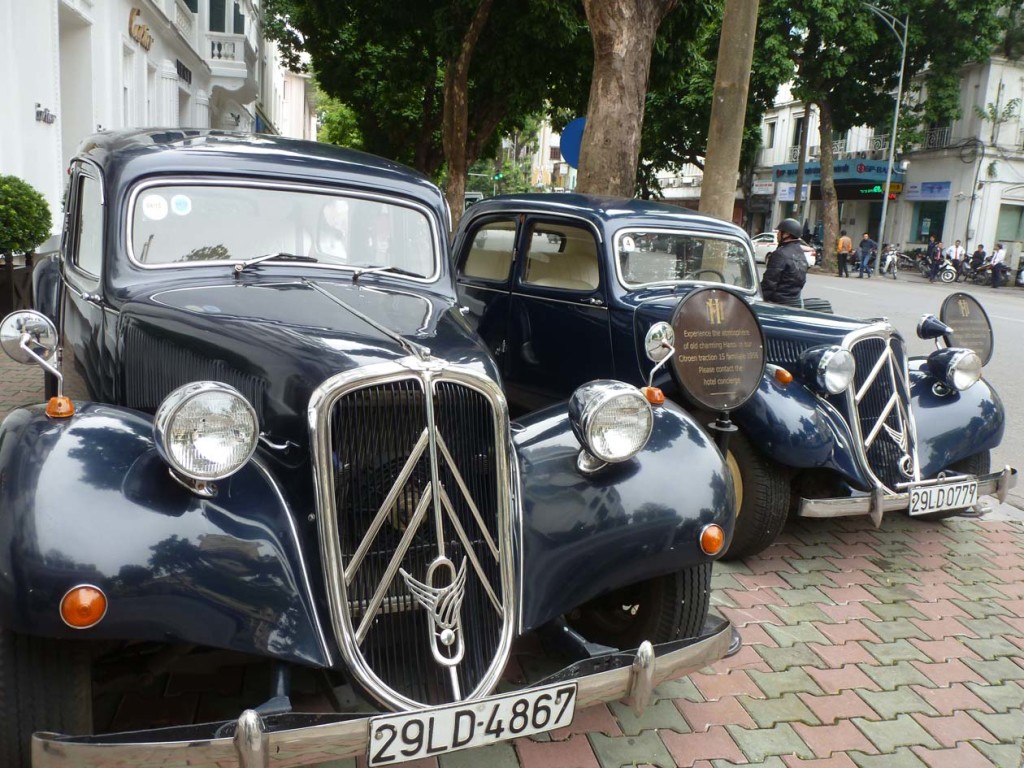 Vintage Citroens that are available to guests for city jaunts.
Celebrated British authur Somerset Maugham wrote The Gentleman in the Parlour about his observations in Indochine and Graham Greene wrote The Quiet American. Greene stayed at the hotel in 1951 as a war correspondent and his experiences discovering “the third force” (covert support of the CIA) inspired him to write a novel that illuminated Vietnam’s independence struggles and the United States’ interference. A very insightful read about how the seeds of the Vietnam War were sown. Both Maugham and Greene also have hotel suites named after them, as well. 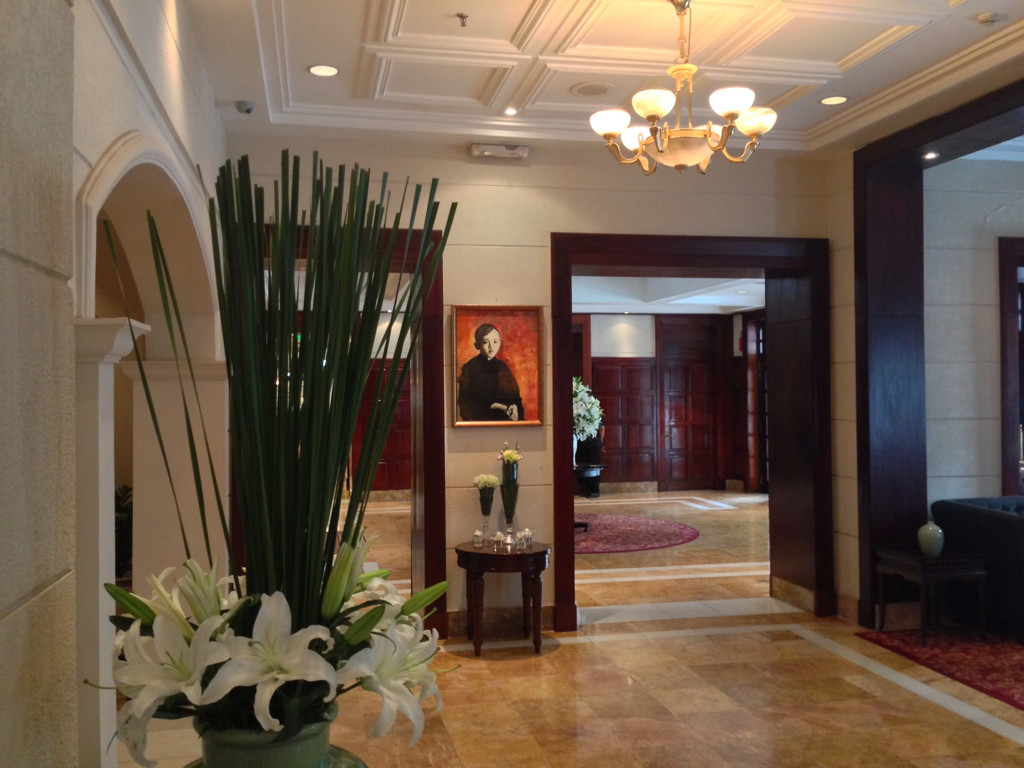 In the 1960s, a bomb shelter was built in the basement and in 1972, during the Vietnam war, actress and anti-war activist Jane Fonda stayed here, as did singer/songwriter Joan Baez. On her return from Vietnam in 1973, Baez released the album, Where Are You Now, My Son? that includes the air-raid sirens and dropping bombs she heard outside. Baez has give up singing for painting and on a trip to Hanoi in 2013 she stayed at the hotel and painted a portrait of a young Vietnamese boy which is now hanging in the lobby. 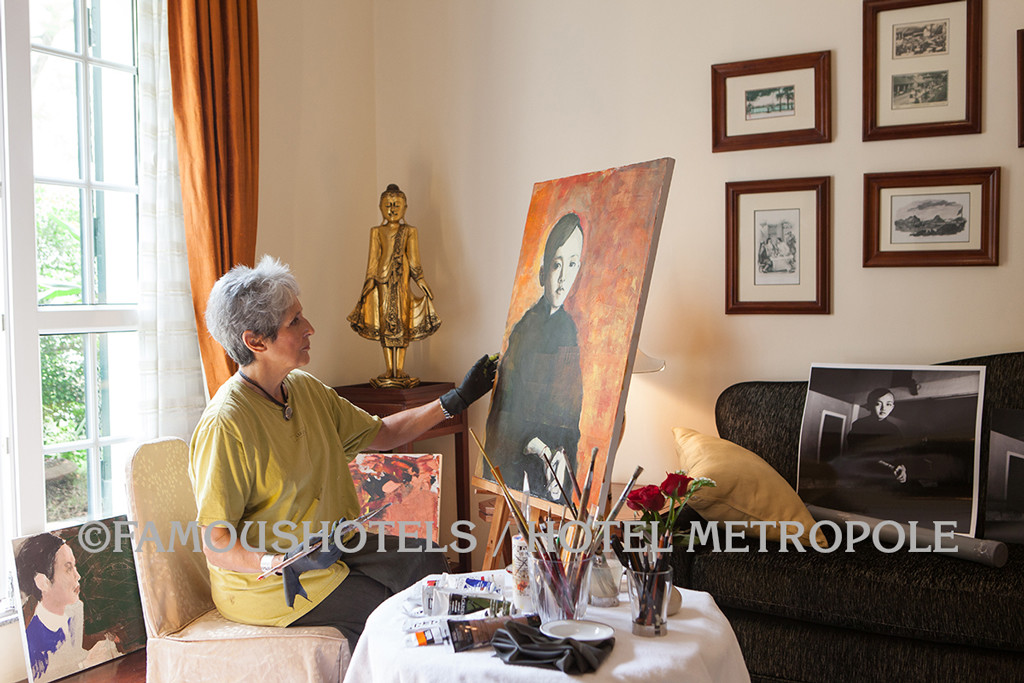 Here’s a shot I took from the Metropole website of Baez completing the painting.
More recently, in 2009, the hotel named its new restaurant Angelina after actress and guest Angelina Jolie whose son Pax was adopted from an orphanage in Vietnam. Other movers and shakers who have stayed here include Mark Zuckerberg, Vladimir Putin and Angela Merkel.
And me? Well, I like to eat, drink and get inspired here, especially on the gorgeous terrace. 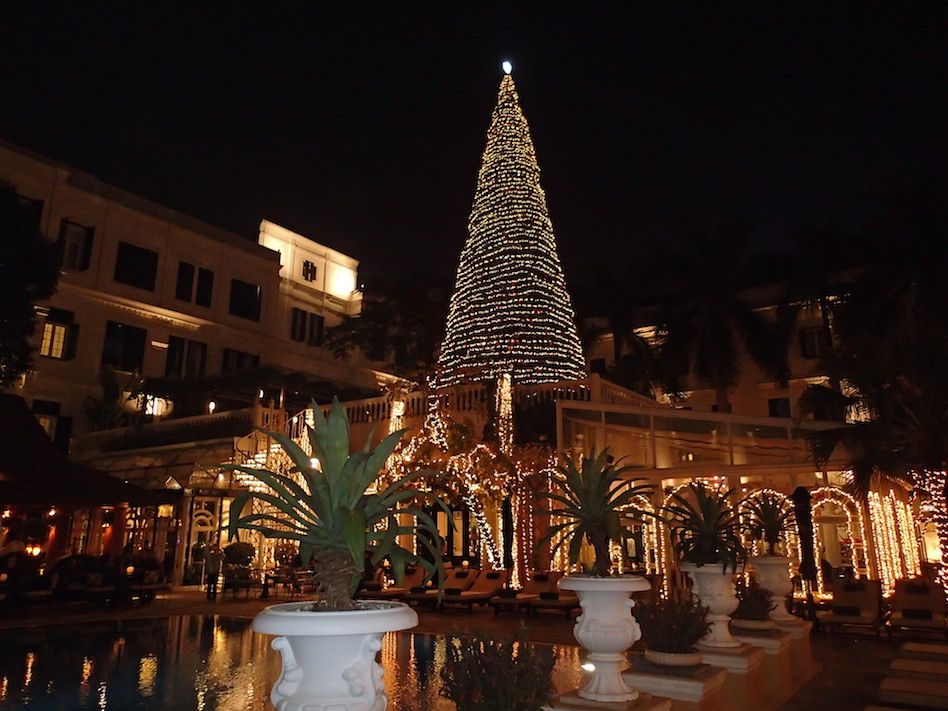