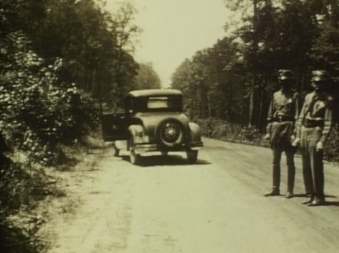 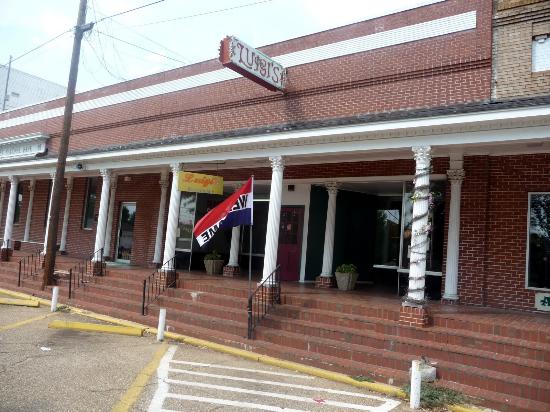 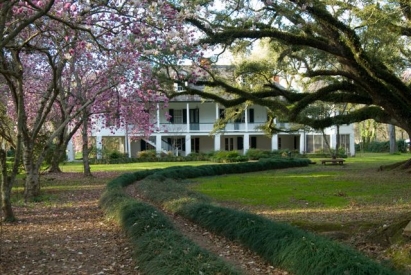 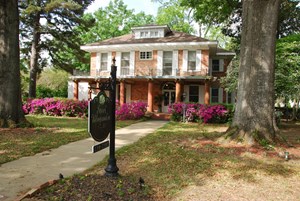 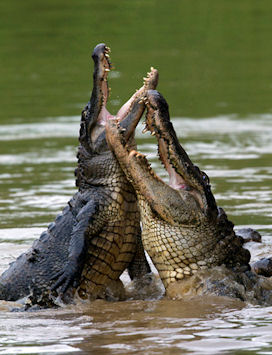 What I Love About Shreveport 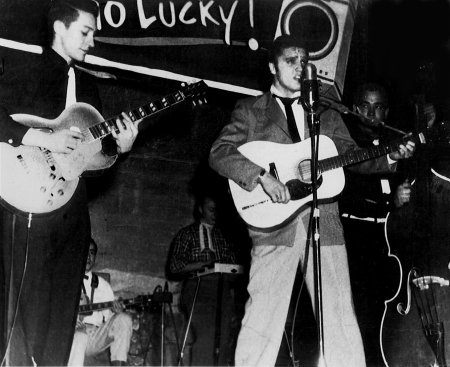 1)    Memorial Auditorium, where Elvis got his start on Louisiana Hayride in 1954. In 1969, guitarist James Burton signed on with Elvis and stayed with his band until Elvis’ death in 1977. Burton is a Shreveport boy and has a recording studio across the street from Memorial Auditorium. 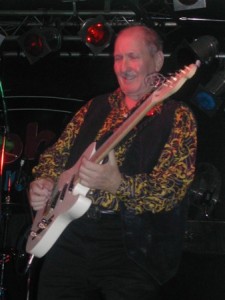 If you are lucky, he might come out and chat with you. 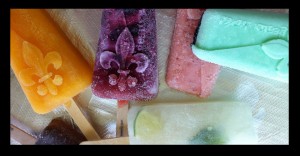 Geauxsicles are like luscious frozen smoothies on a stick.

2)    Geauxsicles Gourmet Ice Pops opened two years ago and offers fabulous flavours like Mojito, Lemondrop, Sister Hazelnut, and my favorite, Sublime. These little treasures are frozen smoothies on a stick and are chock full of fresh fruit. There’s even a diabetic-friendly option made with Truvia.

3)    Strawn’s Eat Shop, one of the city’s most iconic restaurants, features mile-high strawberry pie to die for. The owner is a professional poker player and family members have opened a couple of additional locations to the original at 125 Kings Hwy.

4)    Marilynn’s Place – opened by Bozz Baucom and named for his mother, this former gas station is comfy casual, largely self-serve and is known for jambalaya, crawfish etoufée and beignets, which are served with coffee all day long. 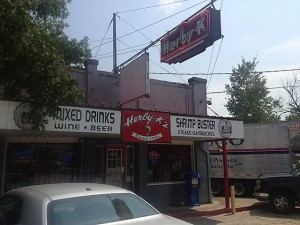 5)    Herby-K’s, home of the Shrimp Buster since 1936. What the heck is a shrimp buster? Pounded shrimp piled high on buttered French bread and laced with spicy red sauce. South Living magazine loves this place. 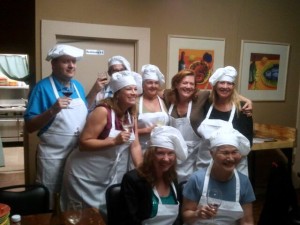 Cooking up a storm at Blue Southern Comfort! Guest chefs try their hand in the kitchen with the lovely owner Carolyn Manning (Top row, second from R).

7)    Blue Southern Comfort was just opened by Carolyn Manning, a former real estate agent. This superb little spot has around 5 tables and tons of charm. Her gumbo and cheezy grits are magical. Secrets include her home smoked tasso pork shoulder, and the grits contain a mélange of cheeses including cheddar, parm and jack. BYOB right now, but she is waiting on a liquor license.

Shreveport’s people and history on the side of the AT&T building. A mega mural!

8)    “Once in a Millennium Moon,” one of the largest murals in the country spans around 30,000 sq ft. on the AT&T building downtown. It is filled with local celebrities, family heirlooms like garters, a christening top, a wedding veil, war tags, the Torah, and a portrait of Native American Mary Whitesnake Rambin wearing three sets of black beads passed down by her grandmother that were brought from Europe to trade in exchange for beaver, deer and other hides. 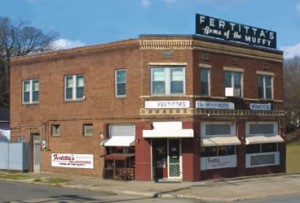 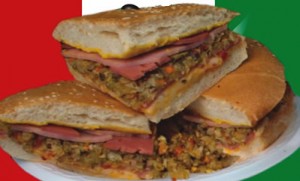 9)    Papa Fertitta’s is the last historic Mom and Pop grocery store in town and it’s on the National Registry of Historic Places. Known for it’s fantastic sandwich, the “Muffy” (heavier than an anvil, made with cold cuts and olive paste), it’s a great place to stop for a beer and a bite

10)The Robinson Film Center is a two-screen cinema that shows great art house fare and is supported by actors such as Val Kilmer and Matthew Broderick. Abby Singer’s Bistro, upstairs, offers tasty pre- or après movie dining with a twist. Try the duck nachos. 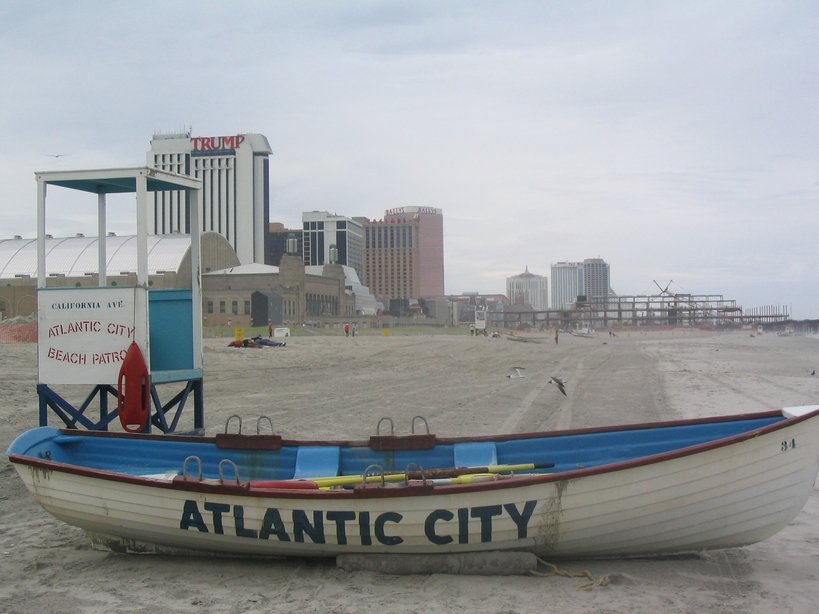 Atlantic City, the Jersey Shore’s gambling Mecca, is chock-a-block with casinos, but there is plenty to do for non-gamblers as well. Next time you’re in the Boardwalk Empire, check out these hidden gems. 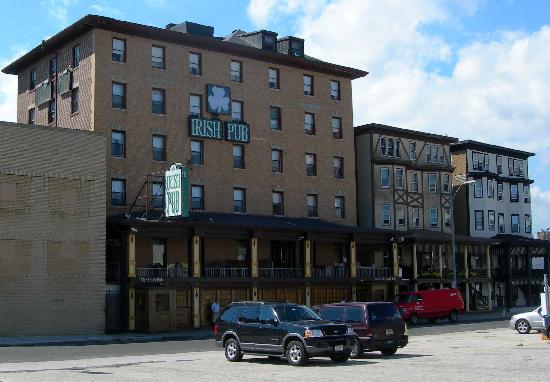 1)     The Irish Pub – The walls of this cozy pub are jammed with boxing posters from the days of Jack Dempsey, and just about any other Irish memorabilia including JFK for President posters. Joe DiMaggio’s favourite AC haunt has an expansive menu of pub grub including St. James Potatoes (an Irish version of poutine), Jersey crab cakes and liverwurst and onion sandwiches. Plus there are reasonable rooms to let for people who don’t mind being just up the street from the boardwalk. St. James Place. www.theirishpub.com 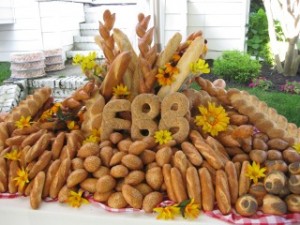 A multitude of multi-grains at Formica Bros. Bakery. 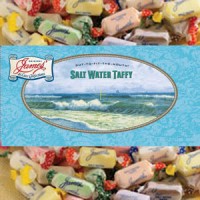 6)     Waterfront Sculpture Walk – Need a break from chiming slots? Behind Harrah’s and linked to Borgata and the Golden Nugget resorts is a landscaped mile of three-dimensional art that looks out over Atlantic City’s back bay. Dancing dragonflies, steam punk-style clocks and golden-framed fence installations will captivate your imagination while local fishermen provide the backdrop, casting their lines into the bay for blue fish. 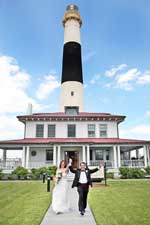 The lighthouse is a popular spot for weddings.

7)     Absecon Lighthouse – opened in 1857, this historic beacon is 171 feet high and it takes 228 steps upward to get to the panoramic views of Atlantic City, ocean and surrounding areas. Check out the Keeper’s House Museum. Near Showboat Casino at Pacific and Rhode Island Avenues. 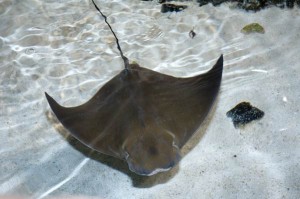 10)  Atlantic City Fishing & Dive Center — If you are a diver, or want to catch a big one, this charter operation can take you to nearby wrecks for underwater exploration or line casting to snag seabass, blackfish, ling, cod, progy and triggerfish. 455 N. Maryland Ave.

Just a quick note to let everyone know my CUSO-VSO posting begins today! I head to Ethiopia tonight and will get there on the 16th. Long flights and longer wait at Heathrow. Oh well. My itinerary includes visiting the Bisrat Development and Aid Organization, Hiwot Ethiopia, WeSMECO and Dawn of Hope in Addis Ababa. Later in the month we go to Dessie (400 km from Addis) to the College of Teachers Education, to Woldia (120 km from Dessie), and to Alamata (130 km from Woldia. We’ll also go to the Maychew Technical College in the Tigray Region. Below is a shot we took at CUSO-VSO headquarters in Ottawa after our training session. At the time I didn’t know where I was going to be posted, hence the ? in my hands. Now I know and I’m pretty excited. Will post once I get there! 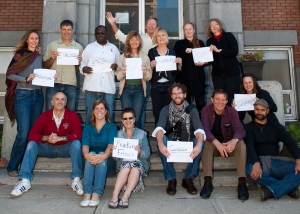