The VSO and CUSO-VSO volunteers I’ve met in the past two days have been amazing. Jacqueline McAuley is a nurse and midwife in her early 30s. She’s been here for a little more than a year, most of that time at Gondar University as an instructor and lecturer. Originally from Northern Ireland, she studied in Edinburgh and then went to the London School of Hygiene and Tropical Medicine. Longing to work overseas, she signed up with VSO in order to get experience in Africa. After 10 days in-country training, including a cultural overview, basic Amharic language training and gender issue awareness, she headed to Gondar, north of Addis Ababa.

Being a white woman in a traditional culture has been challenging. Her gender training instructor had warned her not to go out after dark and not to wear revealing clothes. “Attitudes towards women are little different here than at home,” she explained. As evidence, she noted she had two marriage proposals in her first week. “One was strictly business, visas etc. 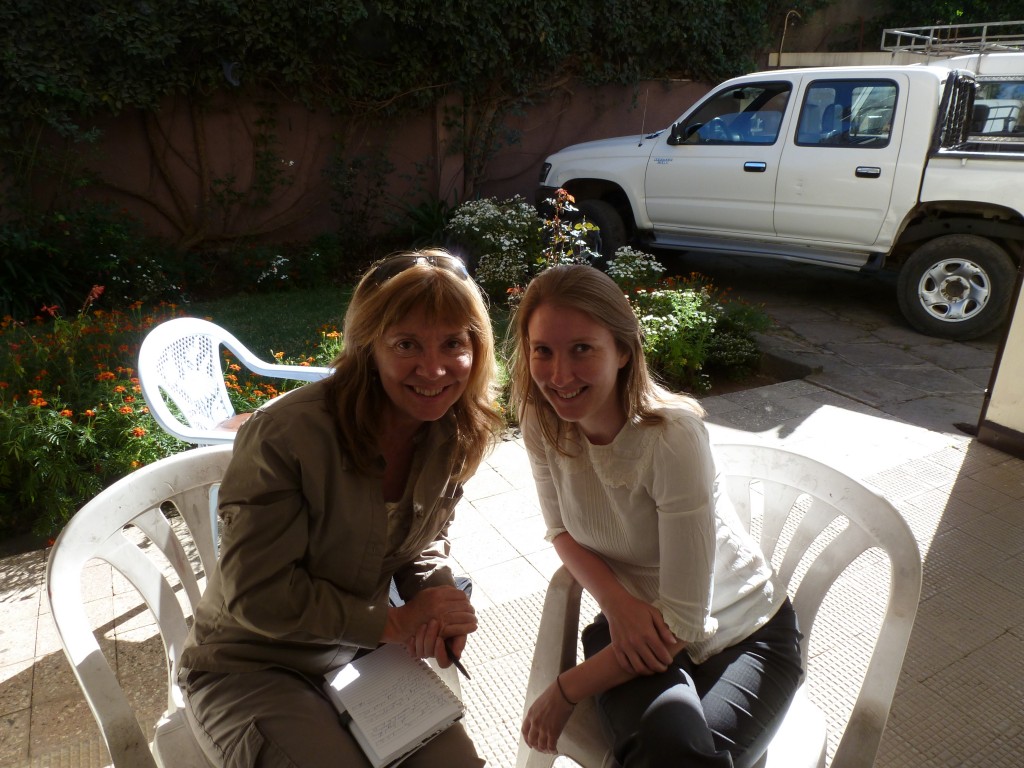 With Jacqueline at the VSO office

The other, well….” She blushed and let me figure it out. Let’s say it wasn’t exactly romantic.

During her work as a lecturer, McAuley found she was more effective when she teamed up with a male pediatrician VSO volunteer. “Men are seen to have a lot more power. As a team we were able to accomplish a lot,” she explained.

In her year‘s placement, she developed a workshop for nurses and clinical midwives covering professional ethics, rights of patients, and standards. Accessing a small grant, she replaced rusted equipment with new delivery sets and brought in two neonatal resuscitation kits.

McAuley also educated her students on the importance of hygiene. “There was massive overcrowding in the ward. Forty women shared 20 beds, plus we had mattresses on the floor with three women sharing. Deliveries were done in the corridors and running water was infrequent. My students went ahead and cleaned the maternity ward on their own. This really helped the morale of the delivery staff. It’s a tough job. The women giving birth and their families were very appreciative.”

What has the experience taught her so far? “Everything takes time. You have to be diplomatic and you have to wait.”

• Don’t pat the dogs, they have fleas.

• Don’t eat kitfo, a popular, raw minced beef dish, because you’re sure to get sick.

• If you do eat kitfo, make sure you take de-worming medicine later.

This entry was posted in Humanitarian and tagged Addis Ababa, CUSO, Ethiopia, Midwife. Bookmark the permalink.