WHAT BEING IN A GIRLS EMPOWERMENT CLUB MEANS 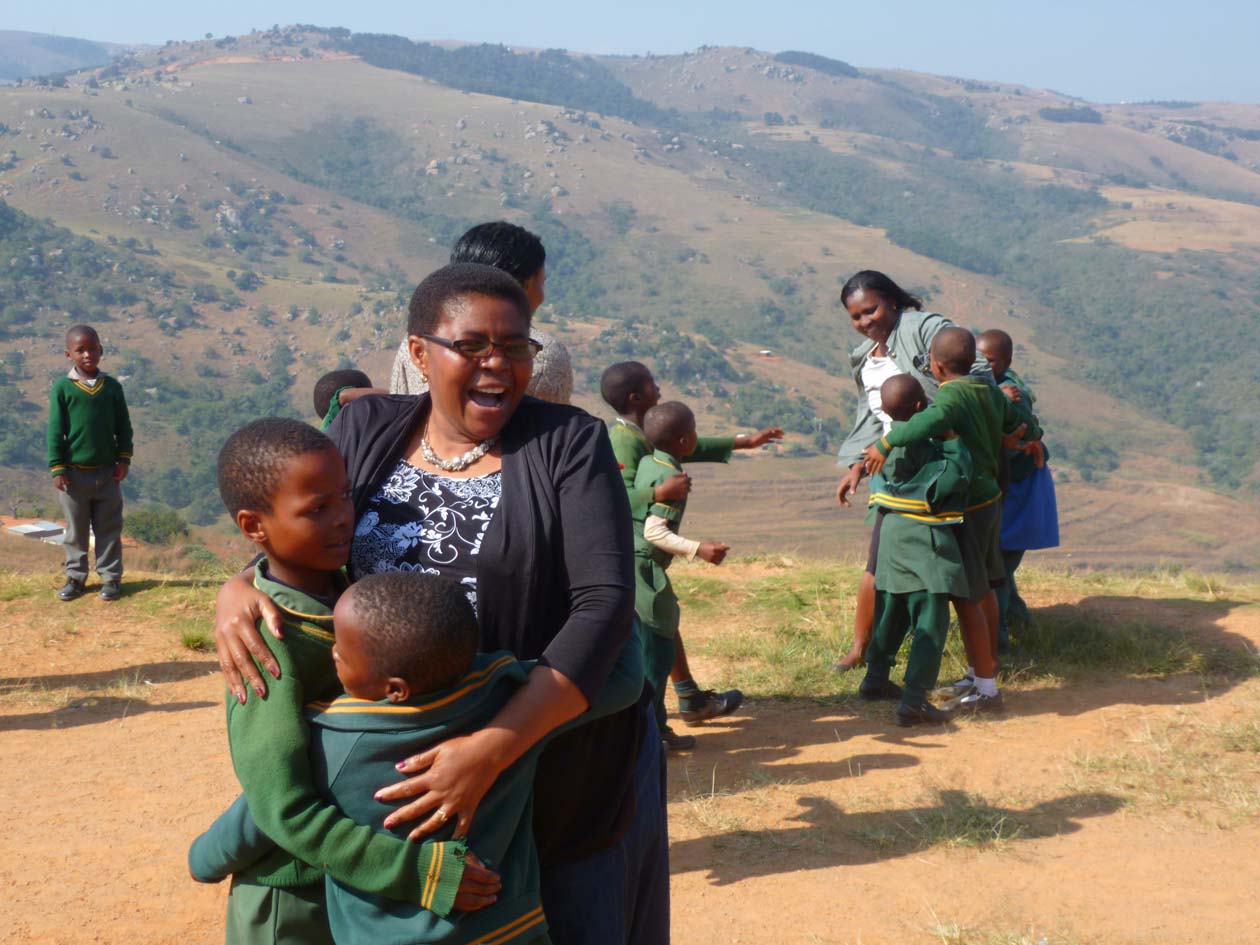 A run and catch game outside Mabheleni Primary School. The head teacher (c) is a true inspiration.

These are a few snippets, taken from visits to the Girls Empowerment Clubs with  SWAGAA’s Doreen Ngwenya, GEC coordinator, a few weeks ago….

Mabheleni Primary School is off a dirt road winding far into the countryside north of Mbabane. We were going there with girls from Waterford School, a private institution populated with the children of diplomats and expats. Nelson Mandela sent his children to school there during apartheid. After pulling into the schoolyard, we met the Mabheleni School head teacher, a passionate woman who explained that most of her students were orphans, from the same clan. “It is very difficult. We need books, supplies, everything!) she told us. The teenaged girls from Waterford were hoping to start some fundraising activities to help them out, but they wanted to meet the Mabheleni girls first. We all introduced ourselves and some of the club members got up and recited poetry. The Waterford girls then got up and told them what their career dreams were: teacher, lawyer, doctor, artist. 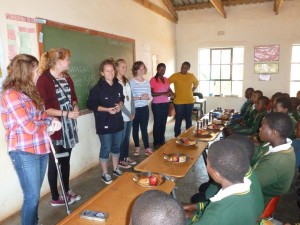 The Mabheleni girls sat quietly, listening, and learned they had a chance to attend Waterford on a scholarship if they applied themselves. Although the Mabheleni girls were wearing worn uniforms, their eyes shone like new pennies. We distributed some snacks, fruit, bread and lollipops. I couldn’t believe it as the club members patiently waited to be given the go ahead to eat. At home kids would have torn into the food in a nanosecond.  This is something I have seen time and time again: Gracious, good behaviour from the girls at the clubs. 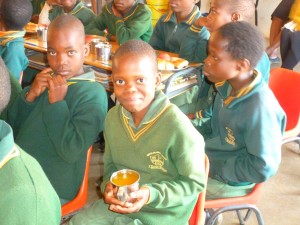 At Mhlanghya School, Doreen asked the club members “What have you gained from the club?” The answers came fast and furious…”Confidence!” “I learned how to bathe myself and stay away from boys,” “How to help abused people,” “I learned how to conduct myself and respect myself as a girl,” “You shouldn’t keep quiet when you are abused,” “information on child trafficking.”

Doreen stood at the front of the class, smiling. “Good. Now, do this,” she said, clapping her hands and repeating the rat-at-tat pattern the girls knew so well. “Doooo this,” she said as they put their hands together in a final thunderous smack. 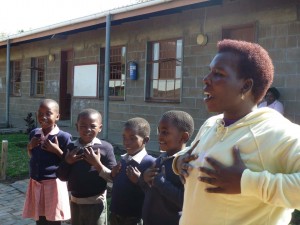 Mpaka Primary School is an institution where SWAGAA is just starting to establish a club. Sensitizing the whole school to the purpose of the club, Doreen demonstrated the “Good Touch, Bad Touch” and the kids squealed with delight and joined in.

I felt so privileged to have spent a year in Swaziland, watching the clubs grow. Some of these girls may be from impoverished or abused backgrounds, but they now have a chance to survive and flourish. With the help of the clubs, they are putting their hearts and souls into becoming stronger, more confident young women. And we all know women hold up the sky!

This entry was posted in Humanitarian and tagged Girls Empowerment Clubs, Swaziland. Bookmark the permalink.