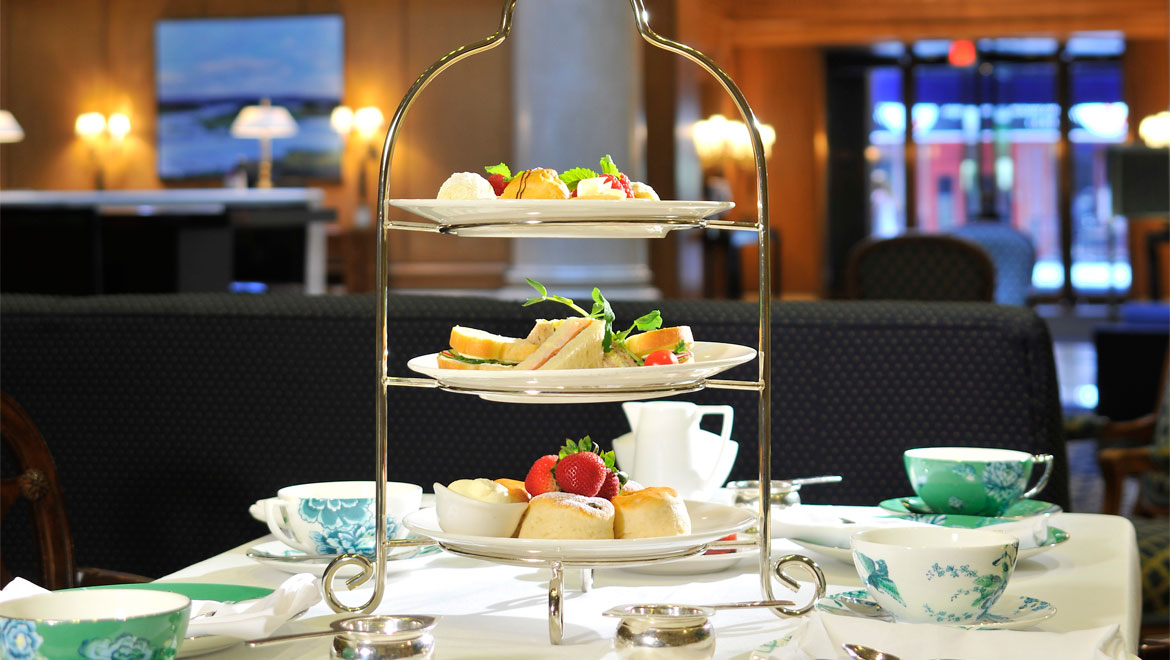 I love afternoon tea…I love beautiful teacups, dainty sandwiches, and an excuse to get dressed up in vintage-influenced dresses. Just came across this list of hotels around the world that do a good job on the tea front. I would also add the Omni King Edward Hotel in Toronto (pictured above). Delicious, elegant, refined!

Tea Fit for a Queen

2016 marks the 10th anniversary of the popular Prêt-à-Portea, which has collaborated with designers including Prada, Alexander McQueen, and Dolce & Gabbana. The afternoon tea is served in the Knightsbridge hotel’s iconic Caramel Room, which will be renamed the Collins Room – in honor of the late interior architect David Collins – when it emerges from a facelift in summer 2016. The bespoke collection of fine-bone china on which the tea is served was created exclusively for the Berkeley by Wedgewood. In celebration of Queen Elizabeth’s 90th birthday on April 21, the Berkeley is launching Prêt-à-Portea – The Royal Collection. Available April 18–24, it will feature biscuits and pastries resembling Her Majesty’s hats, bags and Crown jewels. In addition to the special menu, the Berkeley will host Prêt-à-Portea — The Royal Masterclass April 16-June 30, where guests can learn how to make a selection of regal pastries. Prêt-à-Portea is served 1:45-5:30pm Monday-Friday and 1:30-5:30pm Saturday and Sunday starting at $64 per person.

A Tea Sommelier on the Upper East Side

The Pembroke Room at The Lowell is one of New York City’s best kept secrets and is an idyllic location for afternoon tea. The hotel’s Tea Sommelier can recommend one of three options: Classic Pembroke Tea, The Pembroke Royal Tea, and The Lowell Imperial Tea. The blends are sourced from French purveyor Dammann Frères and are paired with a selection of elegant bites including traditional English tea sandwiches, caviar blinis, scones with homemade lemon curd and Devonshire cream, and foie gras canapés. Afternoon Tea is served daily 3-6pm starting at $54 per person.

Tea Grown on their Own Plot

Guests at Park Hyatt Toyko can enjoy tea while taking in views of Mt. Fuji from the hotel’s Peak Lounge on the 41st floor of the Shinjuku Tower. The leaves are picked from the hotel’s very own plot 300 miles away in the Inokura tea fields in the city of Nara. Choices include black, green, and oolong tea grown exclusively for guests of Park Hyatt. Afternoon Tea is served

2-5pm Monday-Friday and 12-5pm Saturday and Sunday starting at $45 per person.

The Majestic Hotel and Spa | Barcelona

This entry was posted in Destinations and tagged Tea. Bookmark the permalink.