A Break From the Hospital in Bahir Dar 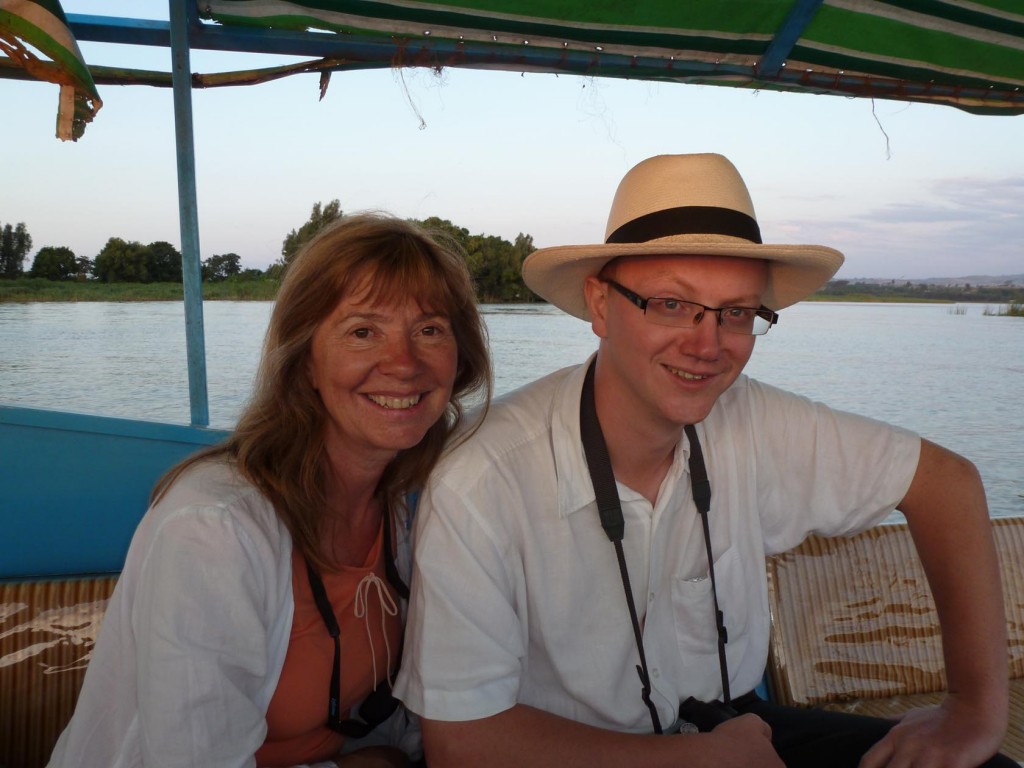 Maureen and Dr. Ed Haworth: Enjoying the sunset at the mouth of the Blue Nile. 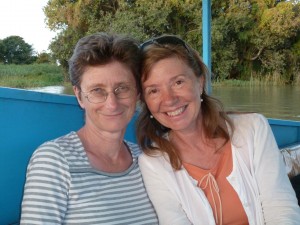 Sharing a smile with Dr. Ruth Lawley on our excursion.

After Gondor, we proceeded to Bahir Dar, a warm and balmy city on Lake Tana. Two health volunteers were stationed there, Ed Haworth, a 30-year-old pediatrician originally from Cheshire, England, and Ruth Lawley, a 56-year-old obstetrician and gynecologist from Britain’s Cumbria region. We observed them on their rounds at Felege Hiwot Referral Hospital, checking on tiny babies in the neo-natal unit and quizzing their medical students on various ailments. Ruth was doing a six-month placement and it was her third time working in Africa (she had been in Uganda and Tanzania before). Her responsibilities included emergency surgery as well as teaching. “The medical students here are very keen. They’re the future of this hospital,” she said, adding, “Teaching is the most fun. On some Friday afternoons I get a round of applause from the students.”

After their day’s work was complete, Ruth and Ed agreed to take a boat ride to the mouth of the Blue Nile with us. We arranged for a boat to pick us up near our hotel and motored out onto Lake Tana. Fishermen in papyrus boats glided by silently. We reached a protected inlet where the Nile’s waters begin and sat in the quiet. Two crested cranes did a bobbing dance on the land and we watched, transfixed. As we headed back, the sunset turned the water a fiery red. Taking a deep breath, I could almost feel eons of time captured in the lake’s quiet calm.