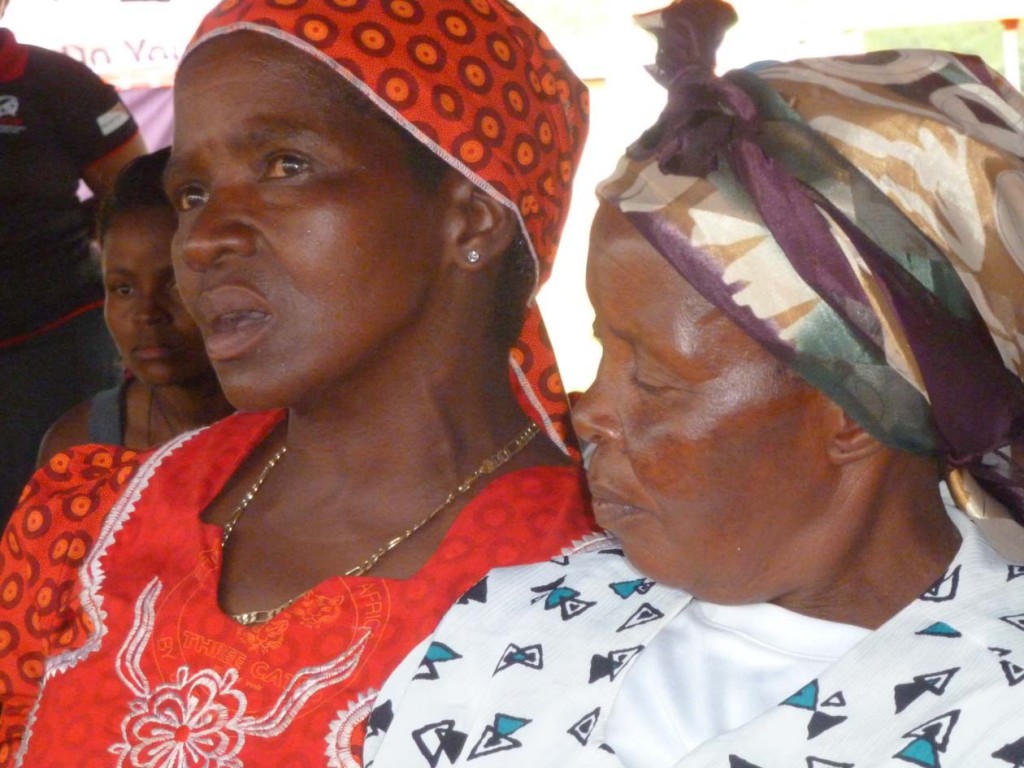 Participants at the community dialogue at Nkwene Inkhundla, Swaziland, March 7, 2013.

A letter I wrote and sent to all media outlets for International Women’s Day…..

We have seen the horrific headlines of women and children being raped and murdered, often by someone they know.  It’s not only happening here, but all over the world. How can we sit with broken hearts while the vulnerable suffer? What can we do about it? 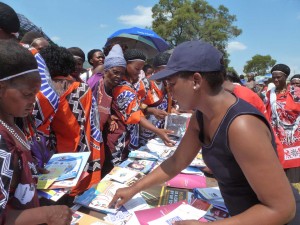 Community women were really interested in all the educational material SWAGAA provided on gender-based violence.

The key point is action, from leaders and from ourselves.

What can leaders and the public do? Make perpetrators pay properly for their crimes with harsher sentences. Due punishment will also discourage rapists and abusers from so freely preying upon the vulnerable women and children. We must push for the passing of the Sexual Offences and Domestic Violence Bill into law. While legislation and common laws exist to address cases, most are outdated and this is detrimental to survivors. The sentences are often low compared to the severity of the offence. A survivor is left with fear, inability to have intimate relations, physical pain and mental anguish – and a perpetrator often walks away free because our judicial system is so overloaded and intimidating to survivors that they drop the case. Even when a perpetrator is found guilty, in some cases they are back on the street before the survivor has fully healed.

The Bill, if passed into law, will ensure just and consistent punishment for those who commit these heinous crimes. It will discourage the keeping of “family secrets” since withholding information is an offense. Indecent treatment of children, forced marriage of a child, and child pornography are also specifically dealt with in the Bill.

Swaziland is known as a peaceful nation and yet in January and February SWAGAA clients reported a total of 272 cases of abuse.  (See attached charts). While there may be no civil or external war occurring here, domestic battles have been waged and women and children are on the losing side. It’s time for gender-based violence to cease. All Swazis must push for the Sexual Offenses and Domestic Violence Bill to be made into law to make our homes the safe, peaceful places they are meant to be. 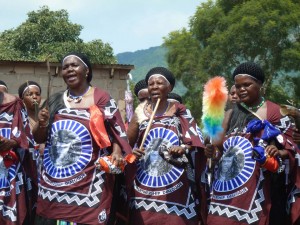 A traditional dance for the Prime Minister of Swaziland on March 7th, in preparation for International Women’s Day.