Palaces and Children in Gondor 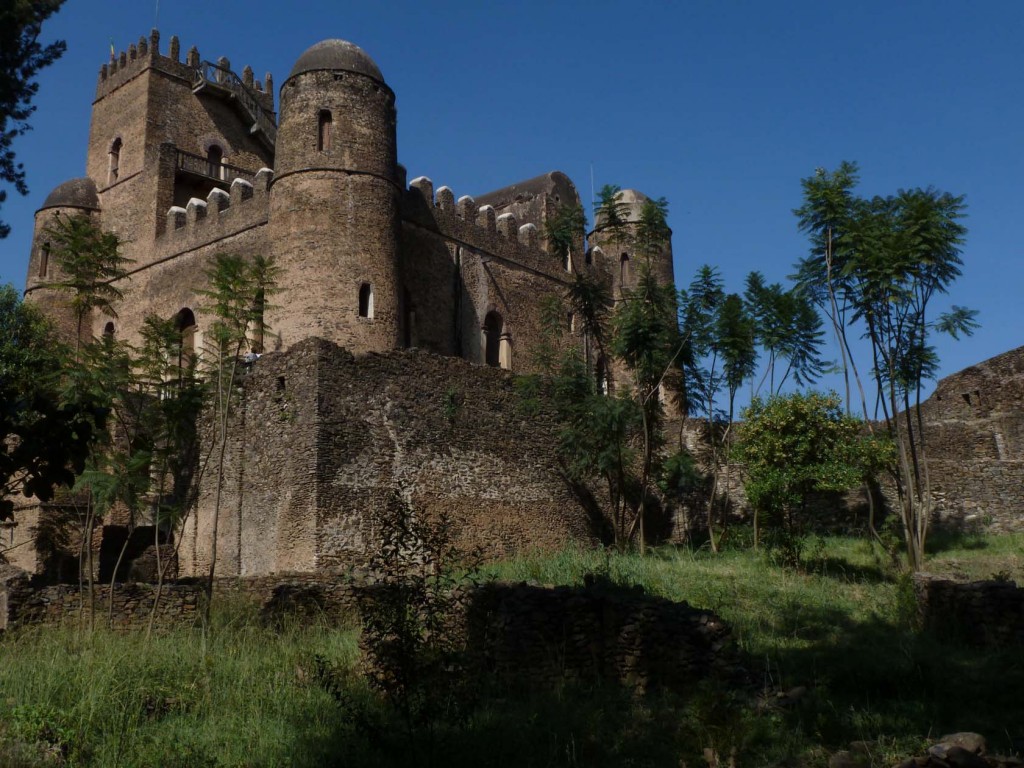 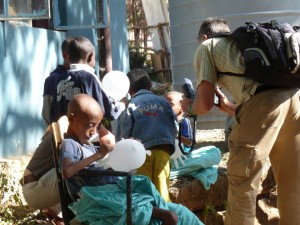 Children play with balloons as Ethan captures the fun.

Debre Tabor was next on our itinerary. Angela Williams, a British education volunteer with VSO, took us on an excursion through the local market where I did a lot of smiling and pointing at vegetables and laughing with the local women. We spent that night in the historic city of Gondor, which is famous for its palace castles, built in the 15th century. The next day was Sunday and during our photo shoot at the palace with Judy Price, a VSO education volunteer who had recently relocated there from a prior placement in Debre Behar, and Fonda Ruiter, a volunteer physiotherapist, we had to compete with about five wedding parties. One was a traditional Ethiopian celebration with loud singing, dancing and women wearing beautiful woven dresses. Another highlight in Gondor was going to the pediatric ward at the university hospital where Fonda worked. The 31-year-old physiotherapist bounced between beds, inflating surgical gloves like balloons and blowing bubbles with the children. Even though it was a chronic ward and the kids were suffering from ailments such as burns and TB, the room was filled with smiles when she left. “My job is to make children happy. It’s simple,” she explained.