First Days in Swaziland with SWAGAA

Started my new job as Communications Officer with the Swaziland Action Group Against Abuse (SWAGAA) on Monday.  The office is on Esser Road in downtown Manzini. With a population of around 70,000 it is the centre of activity in Swaziland. We are in the tail-end of winter, so the temperature ranges from 6 degrees C in the morning and rises to around 25 degrees C in the afternoon. I wrap myself in a shawl to get through those chilly am moments. So far, I am getting to know my colleagues and finding out about all the amazing work that SWAGAA does. The organization has 6 offices throughout the country and there are four core departments: Care and Support, Prevention Education, Access to Justice and Court Watch. The organization’s mandate is to eradicate gender-based violence – clients are primarily women who have been abused by spouses or boyfriends. Some powerful initiatives the organization has undertaken are community outreach programs such as Girls Empowerment Clubs and Male Involvement forums. The girls clubs are in schools throughout the country and provide a safe space for girls to learn about their rights, how to respond to sexual and gender-based violence, HIV/AIDs, livelihood skills, and assertiveness. The men’s programs include communication workshops and the goal is to recognize men as change agents. It’s all powerful stuff in a country that has rampant HIV/AIDS  (1/3 of the 1.1 million population) and sexual abuse (1 in three girls have been sexually abused according to a recent survey).  SWAGAA not only helps victims of abuse, but works to advocate change on the government policy level.  There are consciousness raising events throughout the year that I’ll be working on, including 16 Days of Activism Against Gender Based Violence which starts in November. As I learn more about SWAGAA’s efforts, I’ll be blogging about them here. Onward! 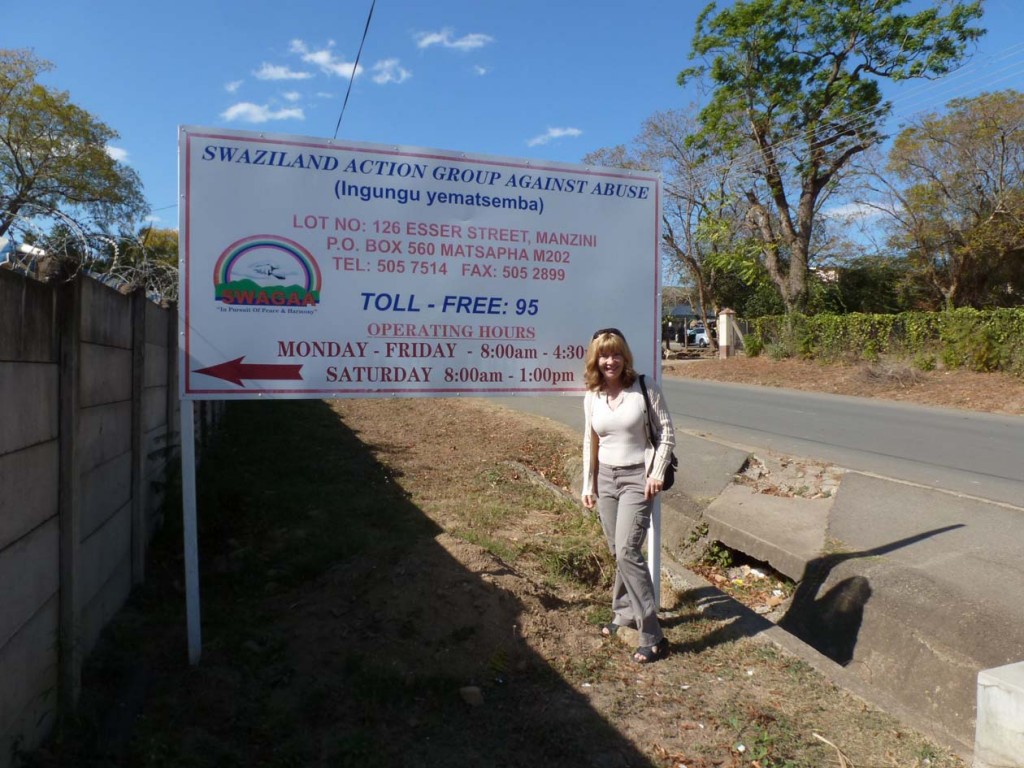 First day outside the SWAGAA office in Manzini.

This entry was posted in Humanitarian and tagged Advocacy, Gender-based Violence, Swaziland. Bookmark the permalink.