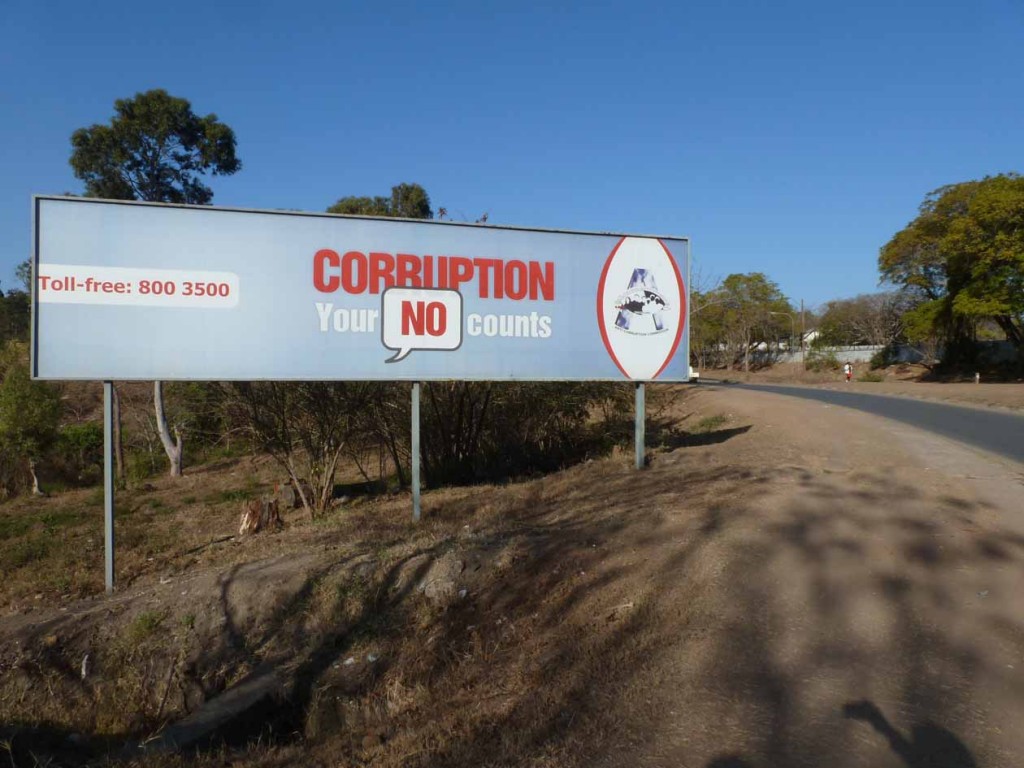 A non-traditional billboard that the “maidens” had nothing to do with.

“The maidens compose and rehearse song dismissing multiparty democracy as evil.” Wow, a headline like this is bound to pique curiosity. From what I can figure out, “maidens” are young, marriageable virgins … they take part in the Reed Dance every year, where King Mswati III has been known to chose a mate. The story in today’s Times of Swaziland noted that 500 maidens had been picked from the country’s 350 chiefdoms to rehearse a new Reed Dance song dissing political parties. The song roughly translates to “Your Majesty, political parties set people against each other. Your people could start fighting each other.” The newspaper said the song was composed by “certain traditional authorities who felt they were not properly represented in the recent People’s Parliament.”

An explanation is in order. Politics are complex here. There is the absolute monarchy of King Mswati III, and then there is a Parliament, headed by a Prime Minister. Parliament consists of an 82-seat House of Assembly (55 who are voted in) and a senate of 30, 10 voted in and 20 appointed by the king. The Prime Minister is appointed by the king. Political parties are banned and in the last election only non-partisans were elected. From what I am told, most of the cabinet ministers are in line with the king. There’s an election coming up in April 2013 and I’ll be really interested to see how it goes. There is a lot of unrest with trade unions that chafe against the ruling elite. The ruling elite generally uses the term “traditional” when it comes to protecting its priviledge. And there seems to be some confusion when it comes to the origins of tradition since many rituals and cultural ceremonies have morphed over the years. Marriage is one, and I’ll get into that in another posting.

The socio-political situation here is fascinating for an outsider to observe. Tradition seems to boil down to not upsetting the status quo. Kind of like the attitude of American Republicans towards public health care. You can bet those maidens didn’t come up with the idea for their new Reed Dance song on their own. I wonder if Carl Rove has ever been to Swaziland?

On a lighter note, I took a short stroll around Manzini this afternoon and here’s what I saw: 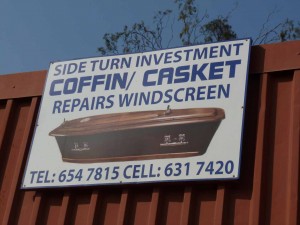 The city has many ingenious entrepreneurs. 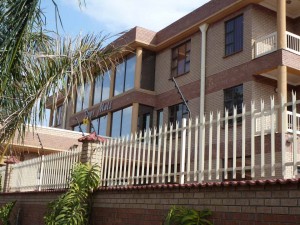 This building is near my office. A sign calls it Dups Mall. It is not a mall. It is the morgue. 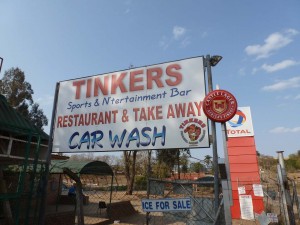 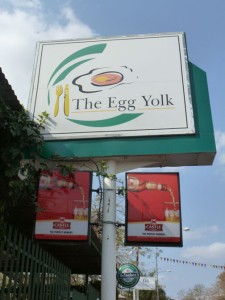 Another popular spot for beer … and breakfast. 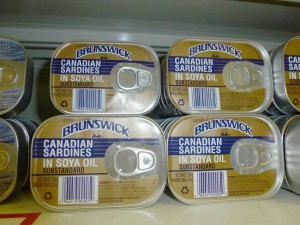 Fun in the grocery store…sardines from Canada! But wait…. they are “substandard.”

This entry was posted in Humanitarian and tagged People, Politics, Swaziland. Bookmark the permalink.