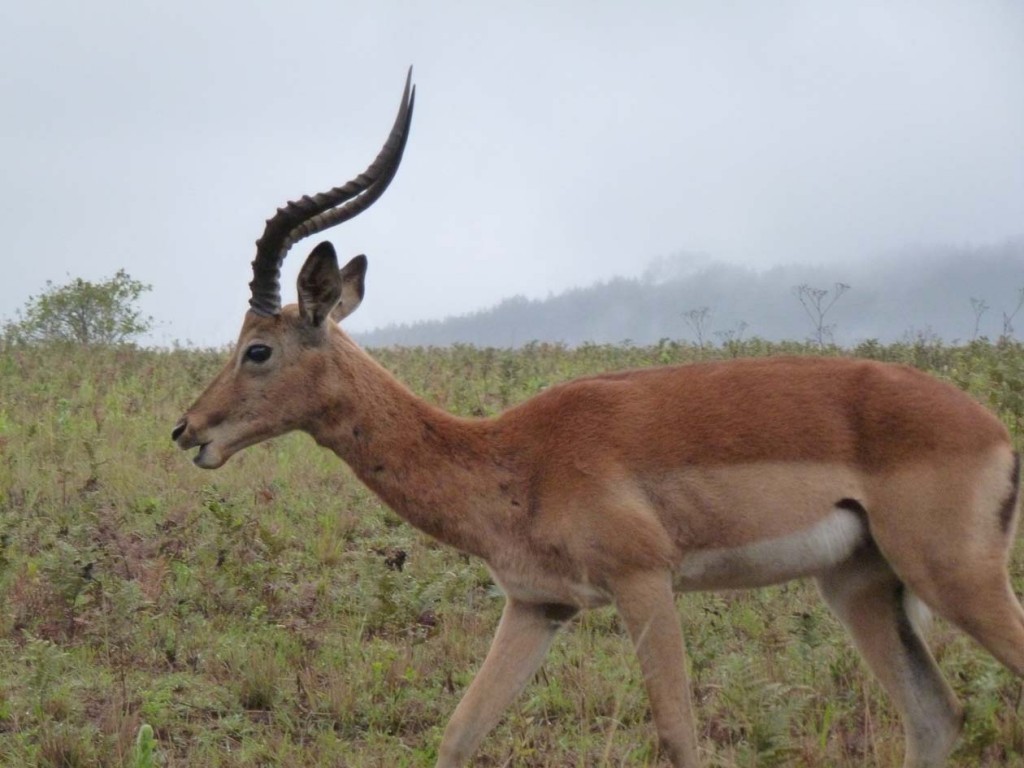 One of Mlilwane's resident springboks.

This week was busy…and tiring. We had a very inspiring Gender Consortium meeting on Friday at SWAGAA — in November is a global initiative called 16 Days of Activism Against Abuse and all the Swazi gender-based NGOs have a hand in raising awareness about what abuse is and how it can be stopped throughout the country. The weekend promised some much deserved R&R. Saturday I spent doing chores, grocery shopping and cleaning. Barbara Sibbald, a journalist visiting from Ottawa to do a story about MSF for the Canadian Medical Association Journal, and I planned to go to Mlilwane Wildlife Sanctuary. Saturday night I awoke around 4 am to the crashing of thunder and lightning. God was bowling 10-pin right above my head, but by 7 am, the noise and rain had subsided. Instead, the country was covered in a Scotch mist. Barbara and I decided to chance it since Barbara was heading back to Canada in a few days. We headed out to the sanctuary with our intrepid taxi driver, Gift, the only female taxi driver in Manzini.  Gift, had never been inside the part before, so the three of us decided to head in, Gift at the wheel. 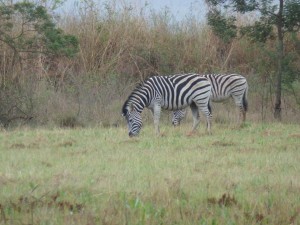 We all had our cameras out, Gift snapping shots with her cell phone to show her three kids when she got home. Despite the weather, we saw blue wildebeests, bushbucks, blesbuck, impala and zebra. Although we hung round the hippo pool hopefully, none of the big beasts showed themselves. I was especially disappointed, wanting to check up on the poor fellow I had seen a couple of week ago who was covered in war wounds after a nasty fight with another big male. Oh well, we had a really great time, driving around the 4500 ha park, checking out the original homestead, Reilly’s Rock lodge, where a lovely attendant pointed us in the right direction after we had gone in circles for about half an hour. “I’m sure they don’t put signs up so that tourists have to hire guides,” Gift said indignantly. On the way home, we learned a bit about her life. She was originally from South African, but married a Swazi who paid 17 cattle as the “bride price” to her father. Not only did she drive cab, but she had various business diplomas and was learning sign language to expand her opportunities. Swaziland has a large deaf population because a side effect of the antiretroviral drugs for HIV is loss of hearing. She also had worked at the textile factories in Matsapha and told us she’d never go back. “They pay E840 a month and you get fired if you talk!” she said indignantly. That’s around $100 a month. Many of the women have to supplement this meager amount by selling their bodies, Gift told us. Swaziland is quite modernized, but also extremely impoverished. Just to get to work, feed themselves and put some sort of roof over their heads is extremely taxing for textile workers earning that wage. It is a beautiful country, but there is much going on that bubbles disturbingly below the surface. 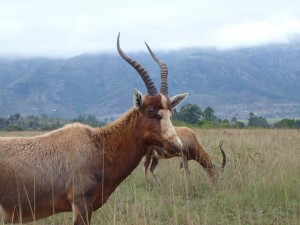 This entry was posted in Destinations and tagged Game Park, Swaziland, Travel. Bookmark the permalink.