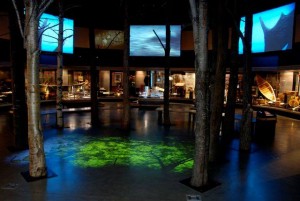 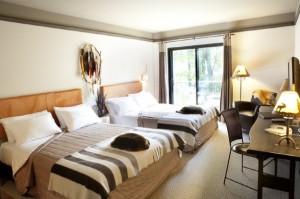 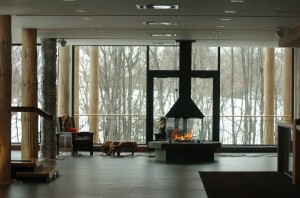 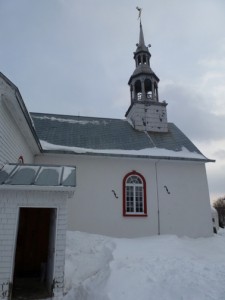 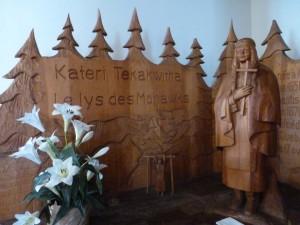 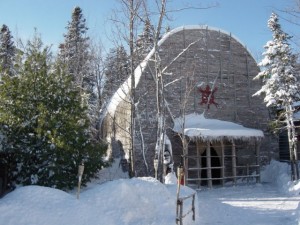 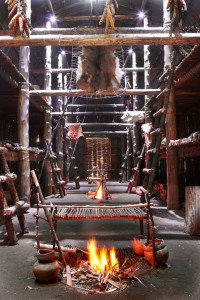 The traditional longhouse was our last stop. Completed last year, the longhouse is covered in bark (“It’s actually a simulated bark that withstands weather better,” noted the guide). Inside were bunk beds with sleeping bags, three fires and some benches. In the warmer weather, Wendat guides might bake bannock, traditional bread, brew Labrador herbal tea, relate myths and legends and guard the fire. Nobody was staying there when I peeked in, but it looked like a fun option for a summer adventure.
Although the history of the Huron-Wendat people was tough to hear, I was glad to learn about these resilient people and even happier to experience their culture in a first-class tourist destination.
This entry was posted in Destinations and tagged First Nations, Quebec City, Travel, Wendake. Bookmark the permalink.