Posted on December 13, 2015 | Comments Off on Gilligan’s Island Meets the Castaways 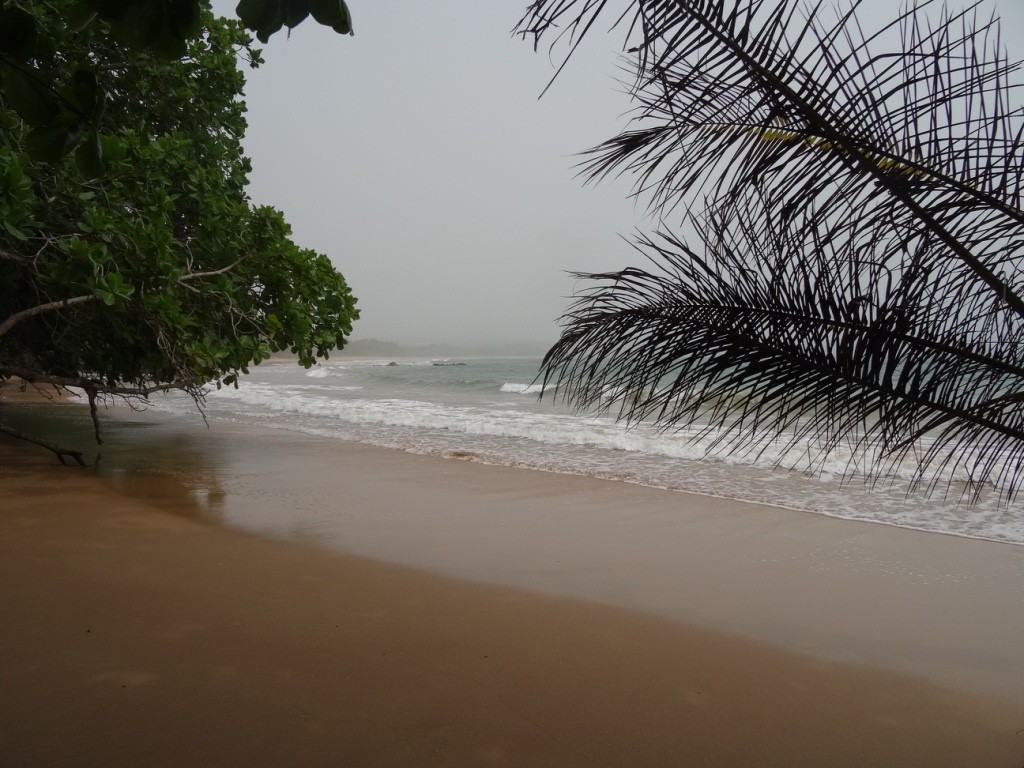 A five-hour drive west of sweaty, dusty, dirty Accra is a heavenly stretch of beach, tucked between Ghana’s most southerly points. I’d driven near this area on various work assignments but never had a chance to get out and really enjoy the area’s untouched beauty. When I heard about a group of mostly Canadians who had decided to duck out of town for the three-day weekend celebrating Farmer’s Day on Dec. 4th I immediately opted in. 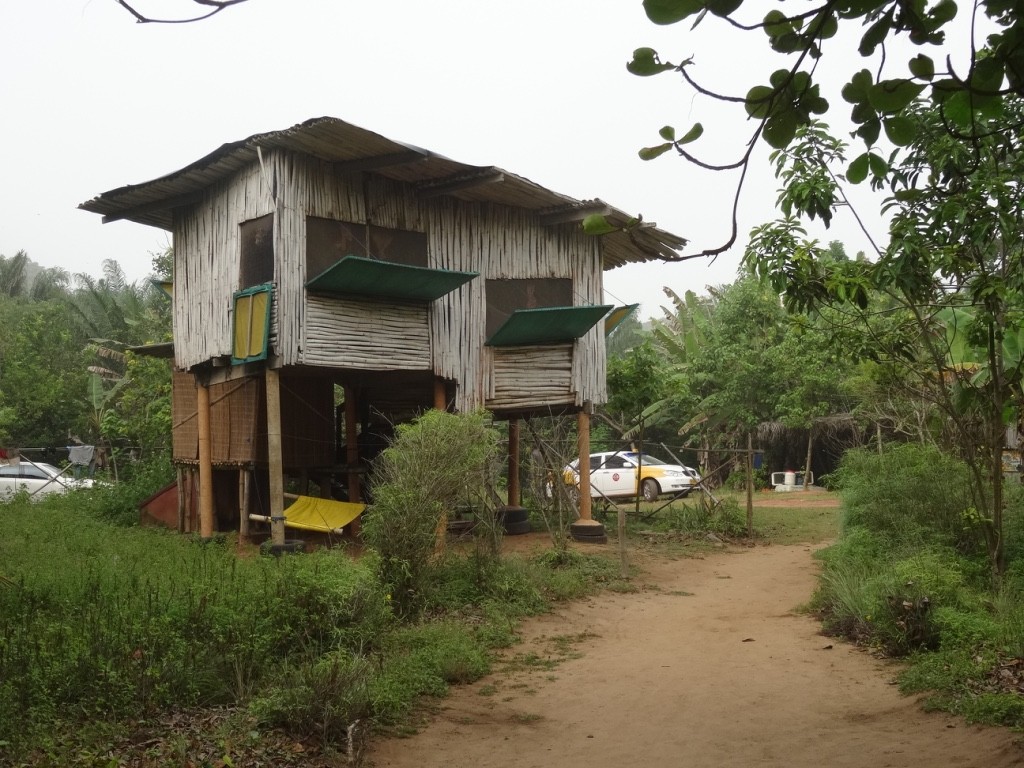 Bumping along a pot-holed road fit only for ATVs, our trotro managed to find this secluded spot after passing numerous small villages. Escape 3 Points is fabulously rustic. Bamboo guest huts look like they’ve been jerry-rigged by Gilligan himself. I shared a stilted unit called High Times with a fellow Crossroad volunteer, Natalie, and two girls from Germany, Leah and Jasmine. Our compost toilet and bucket shower were down a few steps, but still part of the stilt design. Hammocks hung everywhere and we had a great view of the beach. 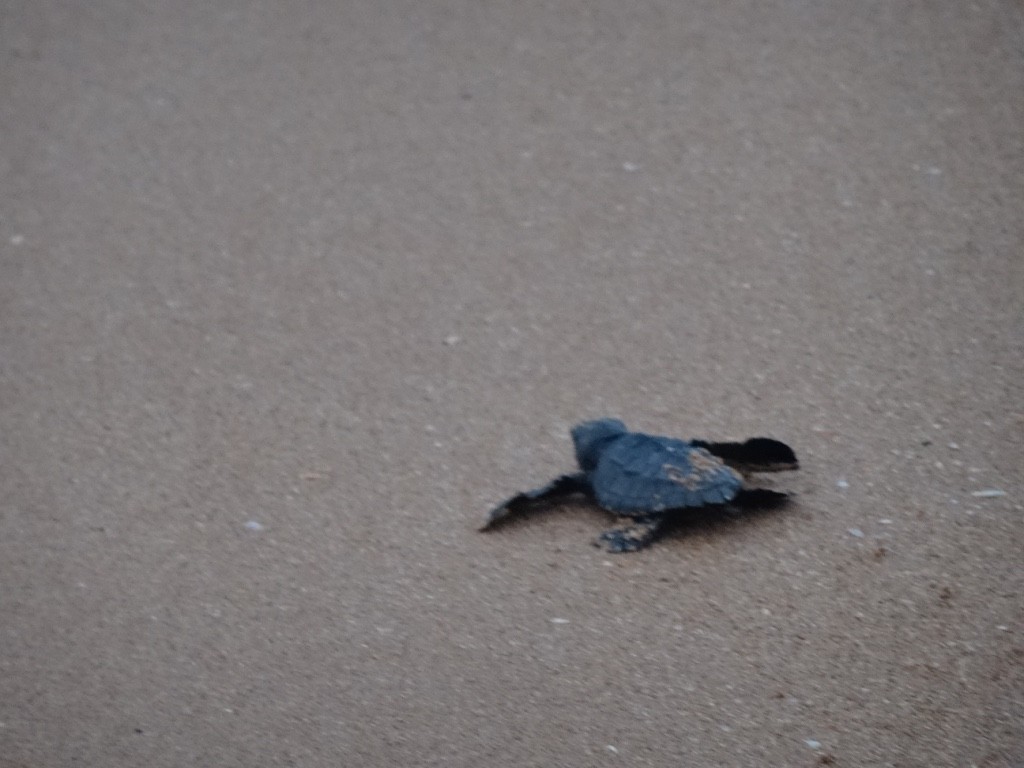 For the past two years the lodge has been operating a sea turtle conservation effort. When the turtles come to lay eggs on the beach, lodge employees and volunteers quickly dig them up and move them to a fenced off area, safe from predators, including dogs and humans. Dates for possible hatchings were listed on a white board. We were in luck; this was the heart of baby turtle hatching season. Wandering around the sprawling compound I heard the call – two baby turtles had hatched. 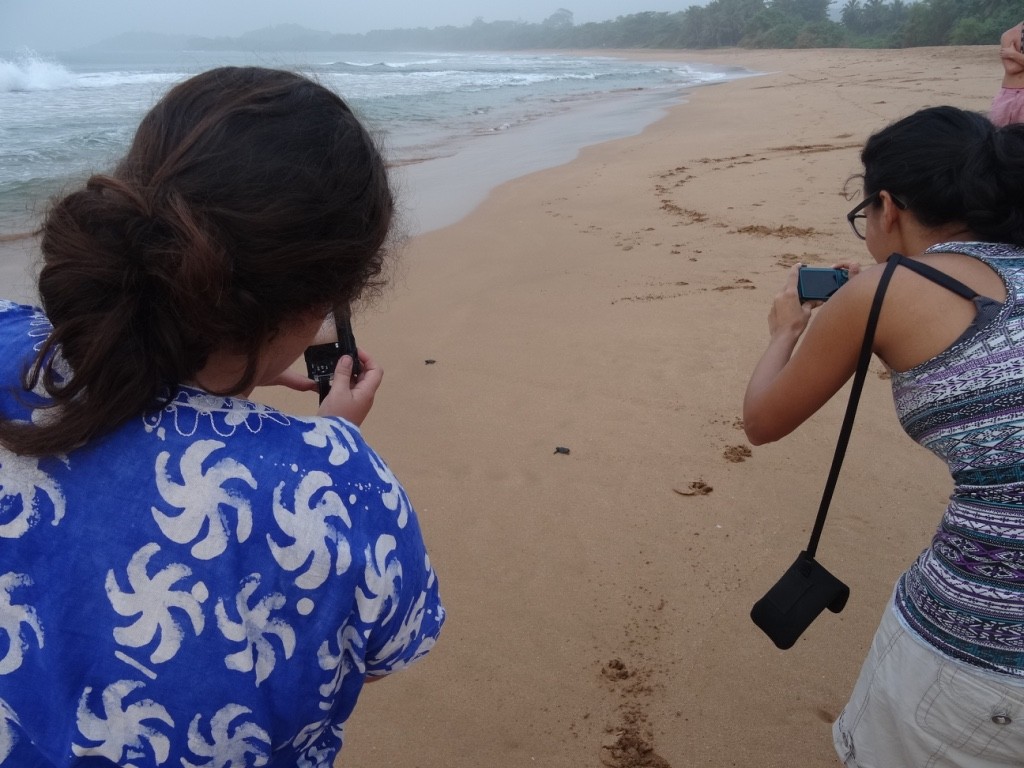 I ran over to the shelter and watched as John, a Canadian expat who was managing the lodge for six months, lifted the tiny black turtles into a bucket of water, then gently placed them on the sand, about 100 metres from the pounding surf. We stood to the side, snapping photos and cheering as they raced to the water. Not much bigger than golf balls, those tiny turtles quickly disappeared into the waves.
Rooting for baby turtles brings on an appetite and we gathered for a dinner of grilled chicken and rice at picnic-style tables in the open-air dining area. Later John built a huge bonfire and we sat around it singing and trading stories.
The next day was dedicated to swimming, sunning, beach walks and lazy lounging. We had the beach almost to ourselves except for a couple of local fishermen untangling their lines. 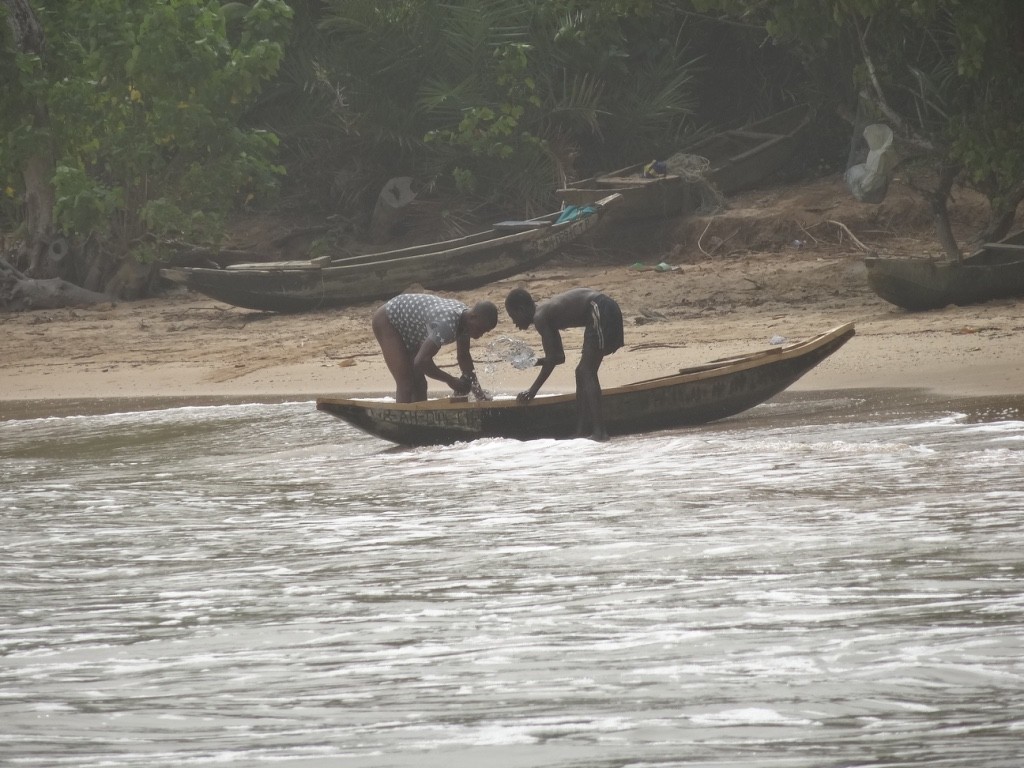 That night John handed out white t-shirts and glow-in-the-dark pens and after a fine dinner of lobster, more like very big prawns, we headed to the bar for a “graffiti” party. Drawing flowers and palm trees, we put our mark on each other’s backs in between quaffs of ice-cold Club beer. Then the dancing began – castaways in funny shirts grooving to impossibly wonderful Ghanaian beats. 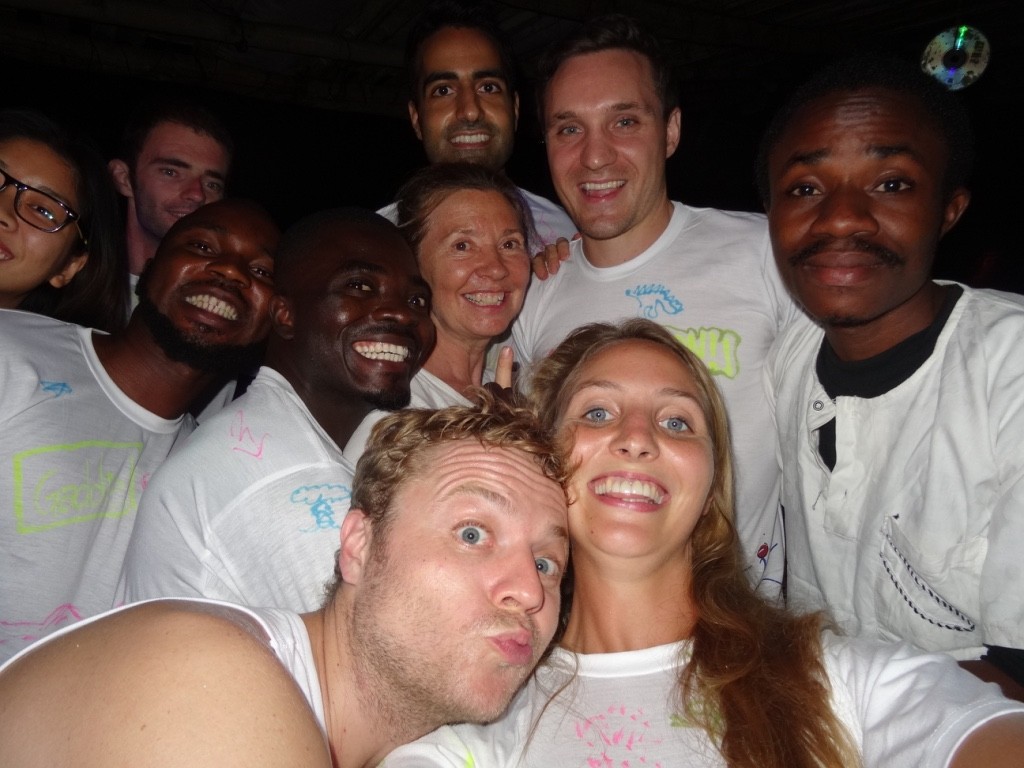 Around 1 am a call went up. The crowd rushed over to the turtle shelter. More than 100 babies had hatched. John directed a few people to aim their cell phone lights at the sea so the little fellows would know which way to go.
Next morning, we had a final swim before leaving. No sign of the turtles. Hopefully they were going to make it and come back to lay their own eggs one day. 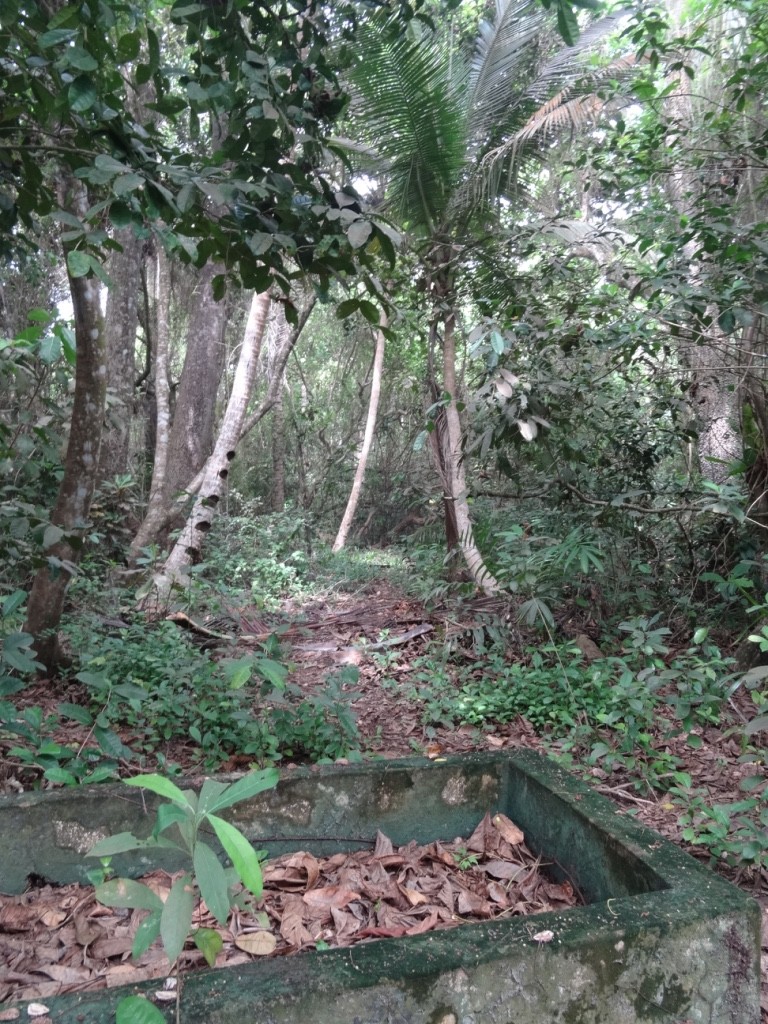 There’s a raw, primitiveness to Escape 3 Points that I loved. Lying on the beach, listening to the hypnotic pounding of the waves I felt a timelessness…like this is the way it has always been.

This entry was posted in Destinations and tagged Ghana. Bookmark the permalink.