Posted on February 4, 2016 | Comments Off on HEALTHY MOTHER AND CHILD MATERNAL HEALTH TRAINING – Part One 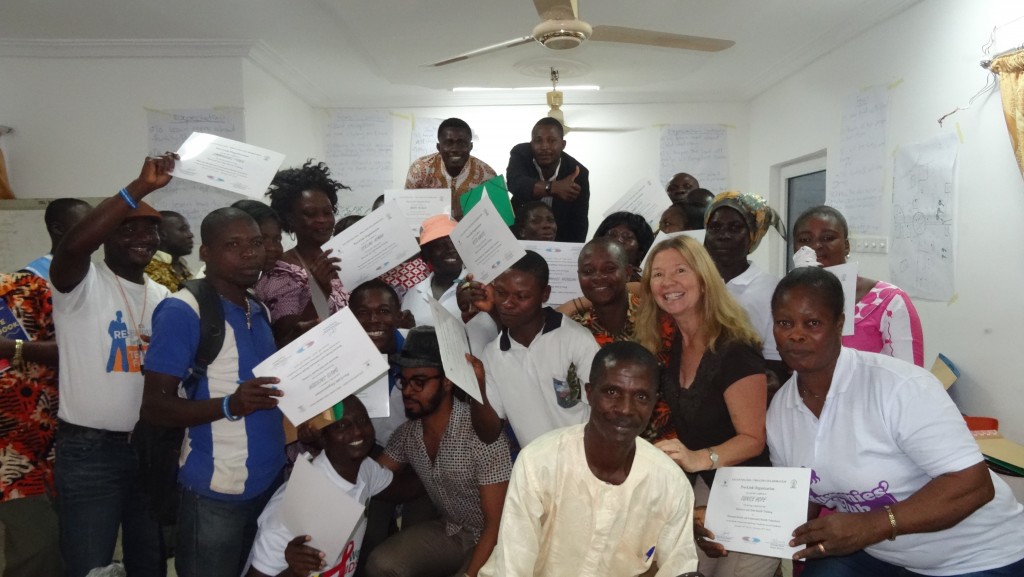 Home or Hospital Delivery? Knowing the Danger Signs
In January, Pro-Link conducted Healthy Mother and Child training with community health volunteers, maternal health volunteers including some assembly representatives and Queen mothers. The training covered behavior change, malaria management, disease surveillance, participatory learning with mapping and problem trees, family planning methods, pregnancy danger signs and domiciliary midwifery.
After the training, I caught up with some participants to get their feedback. 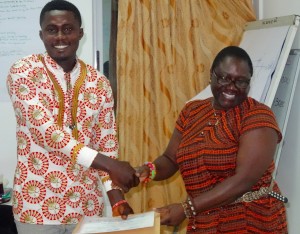 Hon. Nvojo Emmanuel, Assemblyman, Community Health Volunteer, Ellenda
Age 29
Most important thing learned during training?
Family planning measures and the ways to help nursing mothers so there is not a lot of miscommunication when a mother is delivering and after delivery. When there is miscommunication pregnant women die a lot. I learned things to do to reduce the mortality rate.
Most surprising thing you learned?
Males can take family planning measures. They can have a vasectomy so the woman will not become pregnant. I also learned about tubal ligation, so the eggs don’t travel to the uterus and a woman won’t get pregnant.
How will you implement what you learned?
I have started an adolescents club which I called the Virgins Club originally. Now I have changed the name to Adolescents Club. We have 45 members between the ages of 14-18. There are 16 boys and 29 girls. I want to let the teens know about being responsible and not getting pregnant. 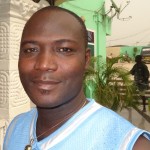 Edward Kabumlah Miezah, Elder, Community Health Volunteer, Tikobo No. 1
Age 38
Most important thing learned during training?
I want to teach the children in the street to stop roaming and go to books instead. I want to tell them if you are not married, do not get pregnant.
Most surprising thing you learned?
In the old days, you had to go to the traditional midwife or go to the hospital. Now I know that a midwife, trained in maternal health, and a trained community nurse will deliver in a woman’s home. Many women don’t have a car so this is very helpful for them.
How will you implement what you have learned?
If a woman goes to the hospital she must take things with her: bed sheets, soap, parasol. Sometimes they panic if they don’t have these things. Through the Mummies’ and Daddies’ clubs I’d like to tell them not to panic and to get prepared by gathering these items ahead of time.
I have a Mummies’ club with 25 members and a Daddies’ Club with 18 members. I talk to them regularly.
I also have two Adolescent Clubs, that has members aged 13-17 from four schools. We have 10 boys and 15 girls in one club, and 6 boys and 10 girls in the other. I will tell them about family planning, natural and artificial so they know how to avoid pregnancy at an early age. 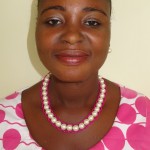 Mary Gyeni, Queen Mother, Community Health Volunteer, Asasetre
Age 33
Most important thing learned during training?
I learned about the dangers pregnant woman face, what they should do such as get better nutrition and avoid hard labour, and when to go to the hospital.
Most surprising thing learned during training?
I learned about some of the danger signs: when the face, feet and hands swell. If not looked after, women can die.
How will you implement what you have learned?
I am the head of our community’s pregnancy school. I will educate the women with what I have learned, such as how to watch for danger signs. I will also do referrals for women who need to go to the clinic. We now have 23 pregnant women at the school and in addition we have a Mothers’ Support Group with 45 mothers.