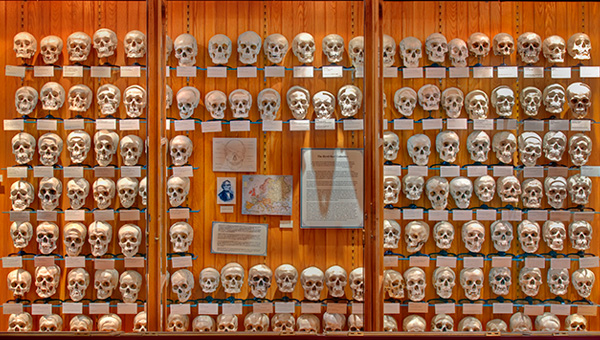 Philadelphia has some of the most amazing and quirky museums. When I lived there, I had ample time to explore and I must say, the Mutter Museum, a medical museum of oddities, was one of my favorite. Old skulls, weird body parts in jars, a plaster cast of George Washington’s carbuncle (kind of like a boil) and a woman mummified in soap were just a few of the items that alternately mesmerized and freaked me out. 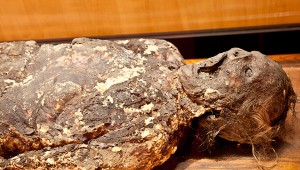 If you are wracking your brain for destinations that will entertain teenage boys, this is it. Thousands of items on display span the medical realm, from the death cast of “Siamese twins” Chang and Eng to pieces of Albert Einstein’s gloriously nerdy brain. Filled with some impossible-to-believe specimens, the collections are still used to advance medical science today. 19 S. 22nd Street, (215) 560-8564.
MORE MEDICAL MUSEUMS
• One of The Franklin Institute’s most popular exhibits, The Giant Heart is the largest walk-through heart in the country—it would be the perfect fit for a 220-foot-tall person. The area also includes a full-size surgical theatre recreation, complete with video effects that generate an in-action open-heart surgery; a musical cartoon about blood transport; a running skeleton; and crawl-through arteries.
• There’s an unsettling site near the entrance to the bookstore at Drexel University College of Medicine’s East Falls campus: What appears to be string art in the shape of a person is actually the dissected nervous system of an African-American woman who reportedly worked at the college and left her body to science in 1888. The school’s foremost anatomy professor at the time spent five months manually picking out every piece of bone and flesh from the cadaver, wrapping each strand of the nervous system in wet gauze as he went, and then allowed it to dry after pinning every nerve in its appropriate place. By appointment only. 2900 W. Queen Lane, (215) 991-8340.
• If a trip to the dentist seems like a painful chore, it’s worth letting one’s mouth go agape at the antique (and slightly terrifying) drills, chairs, X-ray machines, furnaces, photographs, pearl-handled tools and recreated Victorian office at the minute yet powerful Dr. and Mrs. Edwin Weaver III Historical Dental Museum. Visitors learn about more than 150 years of dentistry in America, as told through artifacts contributed by Temple University Kornberg School of Dentistry faculty and alumni. 3223 N. Broad Street, (215) 707-2900.
• While hospitals are typically places to avoid, students of medical history favour tours of Pennsylvania Hospital, the first chartered hospital in the nation. Peering in the operating amphitheatre, visitors are reminded that early 19th-century surgeries were performed in front of an audience, with no electricity, no sterile technique and a choice of rum, opium or a “tap on the head with a mallet” for anesthesia. A seven-inch tumor removed during one such procedure by Dr. Phillip Syng Physick, dubbed the father of American surgery, is on view in the Historic Library. Self-guided tours available Monday through Friday; guided tours by appointment. 800 Spruce Street, (215) 829-3370.

This entry was posted in Destinations and tagged Philadelphia. Bookmark the permalink.