Posted on August 11, 2017 | Comments Off on PEI: Lobsters, Lighthouses and Anne! 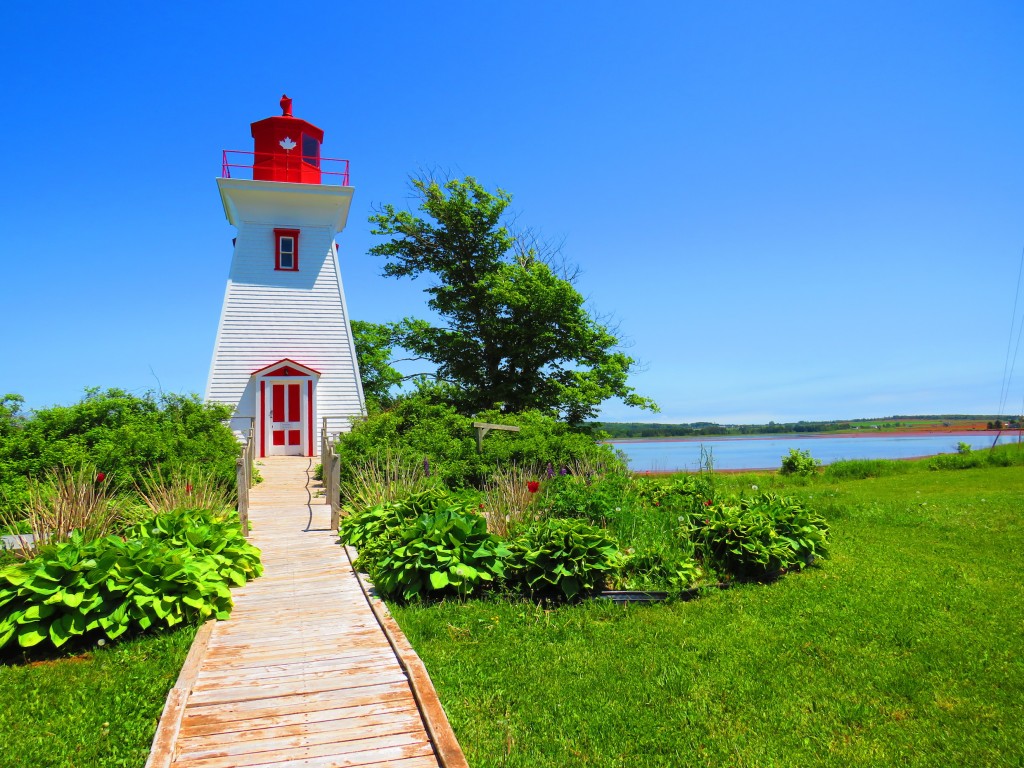 I was thrilled to be in PEI this summer, dipping my toes in all the adventures the bright red mud had to offer. 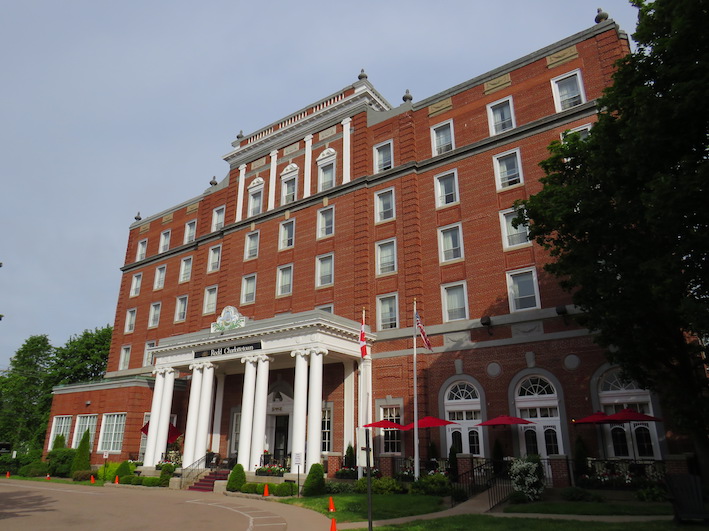 One of the hotels I stayed at, Rodd Charlottetown. Full of charm and history. 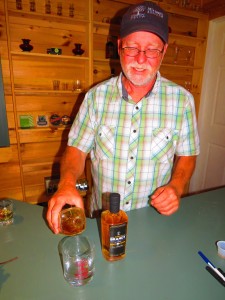 It was early in the morning, but what the heck. I tasted some fantastic spirits at Deep Roots Distillery. 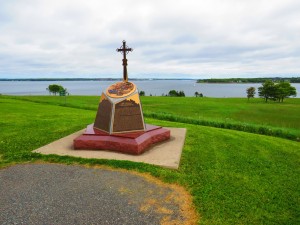 Port-la-Joye – Fort Amherst National Historic Site of Canada – established by the French in 1720, this place commemorates the first permanent European settlement on Ile Saint-Jean (aka PEI). There are only grassy ruins left, but you can check out the plaque and take in the view of Charlottetown Harbour. 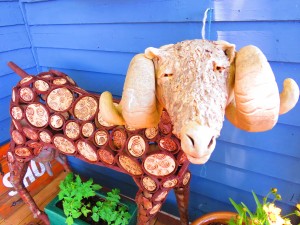 Victoria by the Sea – an historic fishing village now home to boutiques fill of artisanal goods including chocolates and handwoven textiles. It’s also a great place to go kayaking in the Northumberland Strait. 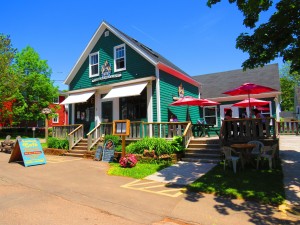 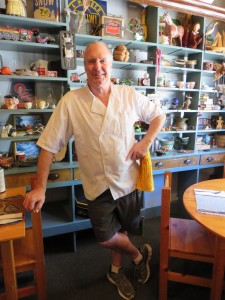 The town’s Landmark Café is just that – a must for delicious cocktails and hearty local fare. 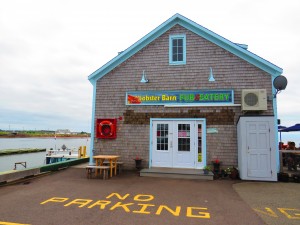 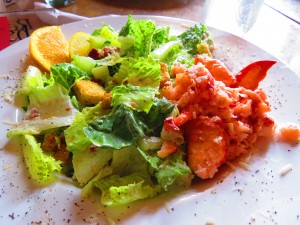 Took a lobster break at the Lobster Barn Pub & Eatery 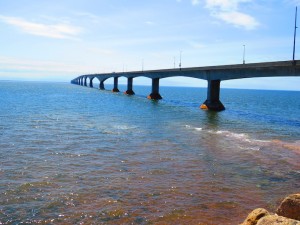 Marine Rail Park – get up close to Canada’s top engineering feat of the 20th century, the Confederation Bridge – it is 12.9 km, the longest in the world and is 20 years old this year. 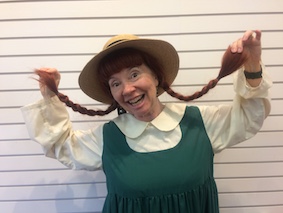 Got my Anne on! At Shop & Play there is no shame, only red braids and straw hats. 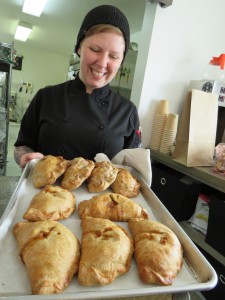 Inspired by the series Outlanders, Benetto O’Brien of The Handpie Company starting making handpies like the ones described in the novels. Savory and sweet, the fillings depend on the time of year. 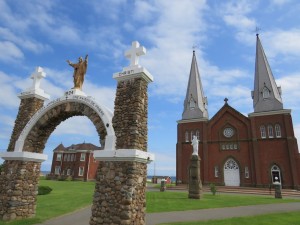 Notre-Dame-du-Mont-Carmel Church is one of the island’s oldest churches make of island brick. 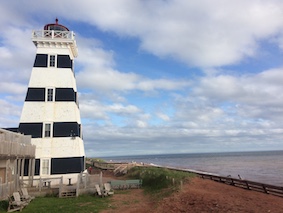 West Point Lighthouse Inn – a community run hotel in a lighthouse. What better way to make use of a gorgeous landmark? There’s a boardwalk and beach to watch the sun go down.Walk a little ways down the road and you’ll come to The Catch Kitchen + Bar for delicious local brews and fresh-caught seafood or gourmet burgers. 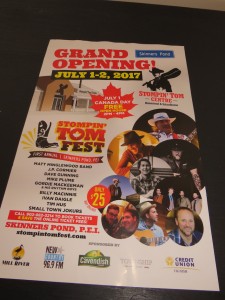 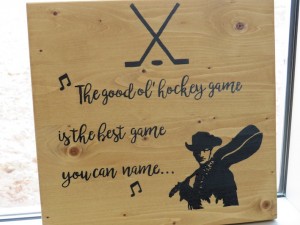 Stompin’ Tom Centre – Homestead & Schoolhouse – Bud the Spud country! This brand new centre features concerts, open mic nights, workshops and storytelling. There’s always a spot at the end of the bar for Stompin’ Tom, who really enjoyed his beer. He bought the house where he was raised in Skinner’s Pond, along with the schoolhouse before he died. The centre is a new addition and the three buildings now mark a bit of the island’s musical history. 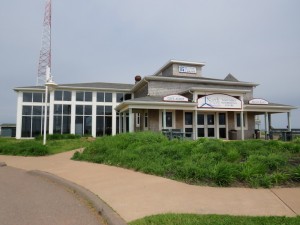 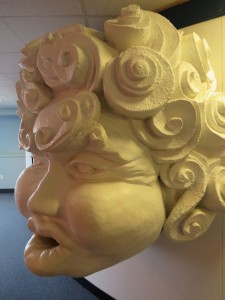 North Cape Interpretive Centre – this is home to the Atlantic Wind Test Site, established in 1980 as Canada’s National Wind Energy Laboratory. Located on the northwest tip of PEI, the windy site houses wind turbines of all shapes and sizes. 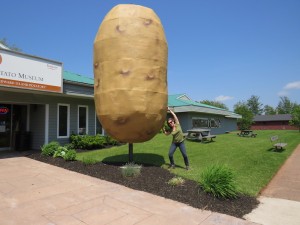 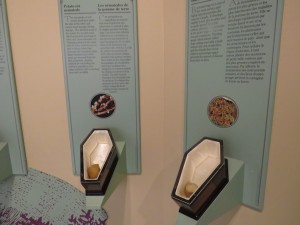 Canadian Potato Museum. Testament to the humble tuber… PEI produces around 1.5 tonnes of potatoes per year. Check out the little coffins holding the diseased potatoes. Blight on them!

EAST SIDE OF THE ISLAND 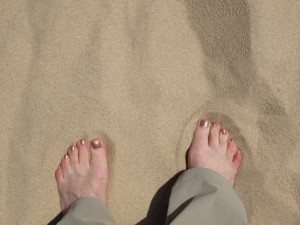 Basin Head Beach – singing sand! Walk through the powdery beach dunes and you’ll start to hear a squeaky tune…look down at your feet and you’ll figure out where it’s coming from. Basin Head Fisheries Museum – just up from the beach, this museum covers PEI’s inshore fishery, including a cannery. 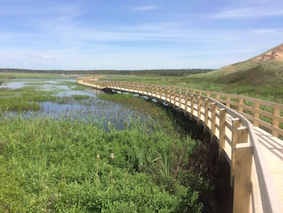 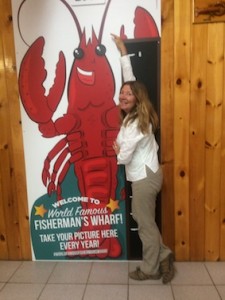 Fisherman’s Wharf, Pier 15 for a lobster Supper – Yum! This North Rustico institution has a 60 ft. salad bar featuring all-you-can-eat mussels and seafood chowder. You order your lobster by the weight. I opted for a 1 pounder and it was delicious and sweet.
It may be our smallest province, but lush, green, lobster-filled PEI definitely delivers a big bang for your vacation dollar. Go!

This entry was posted in Destinations and tagged PEI. Bookmark the permalink.