Meet You in Toronto’s Junction District

Posted on October 31, 2017 | Comments Off on Meet You in Toronto’s Junction District 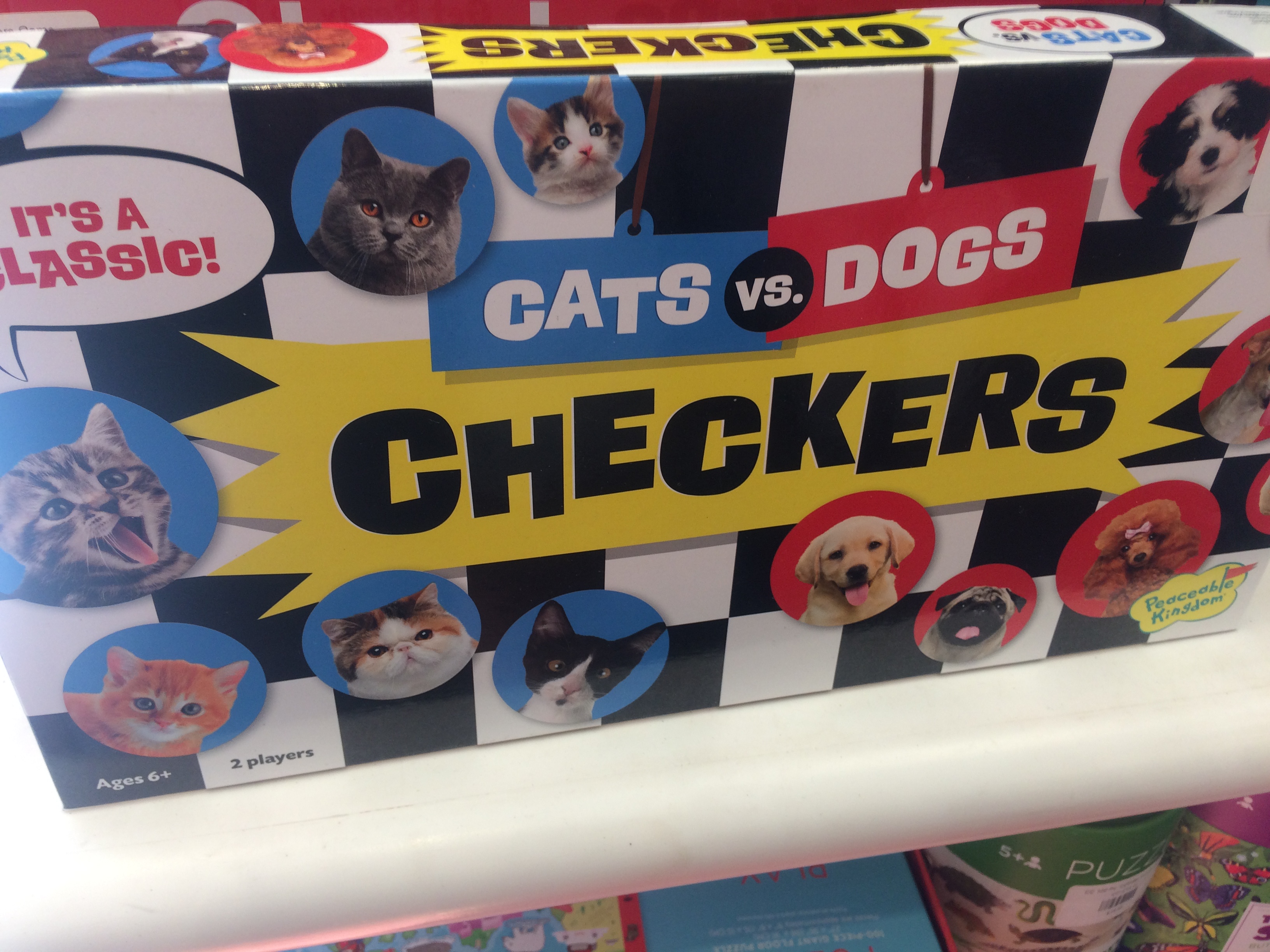 On a recent, bright fall day I joined fellow members of the Travel Media Association of Canada (TMAC) on an invigorating and enlightening day tour of Toronto’s Junction district in the west end where I got lots of gift ideas including the above checkers set. Humm. Dogs vs. cats. Who would like that?
THE JUNCTION
At Post + Beam Reclamation co-owner Megan Webster gave us the run down on her wonderful location in one of Toronto’s original “arcade” buildings. “It was originally The May Brothers Hardware store in 1920 and there was a barber shop downstairs,” she explained. Recent movies that have been shot there include City of Bones and an episode of Guillermo del Toro’s The Strain. 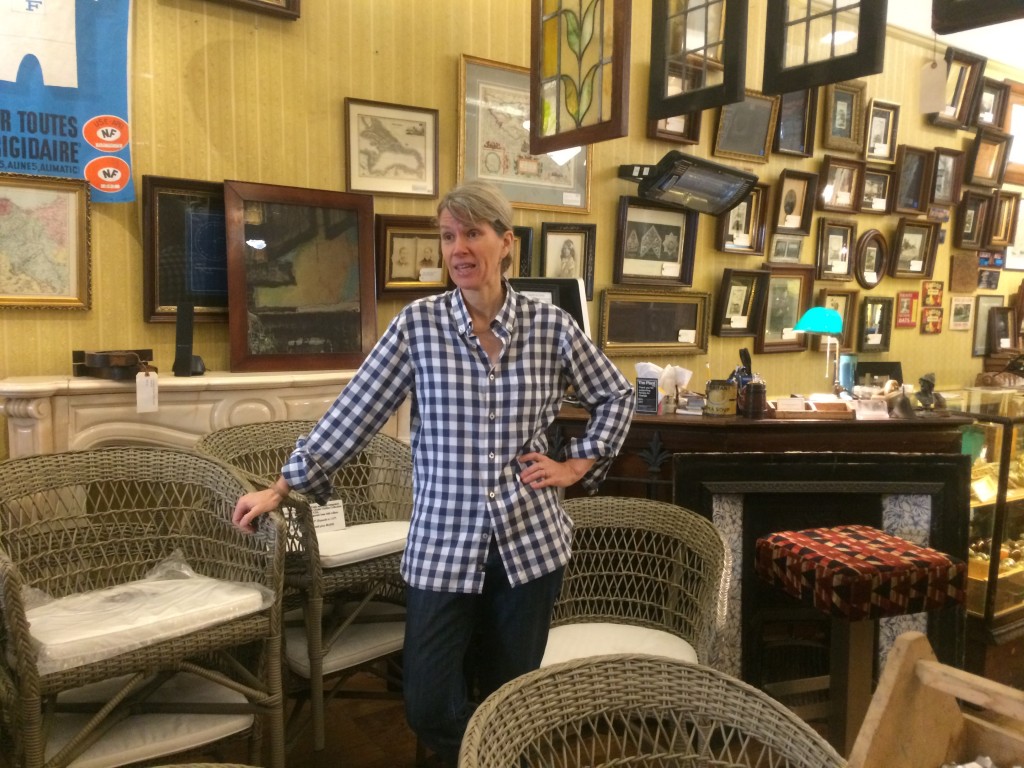 The shops we explored were a wonderful mixture of new and repurposed old. At M+Co. co-owner Yadder Madrigal explained the shop’s esthetic. “We like to source one-of-a-kind Canadian vintage pieces. And we hand mix our own chalk paint.” Yadder’s partner and wife Stacey is also behind the shop’s home fragrance line, a marriage of lemongrass, lavender and sweet lime. The store’s motto? “From dated to today.” 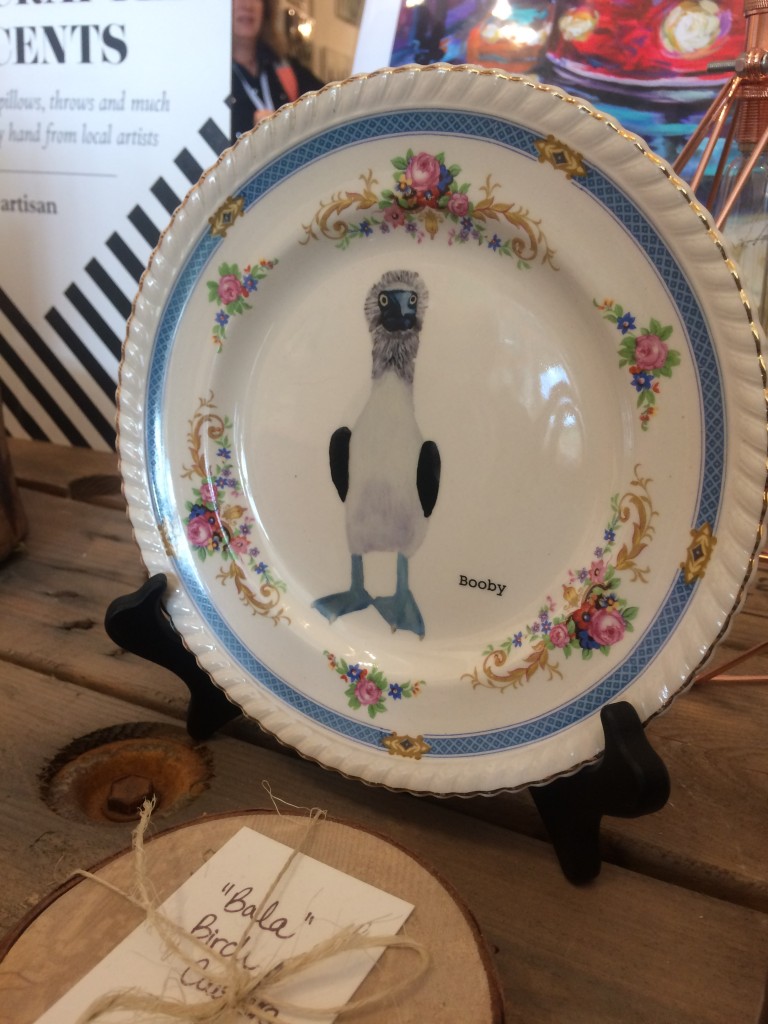 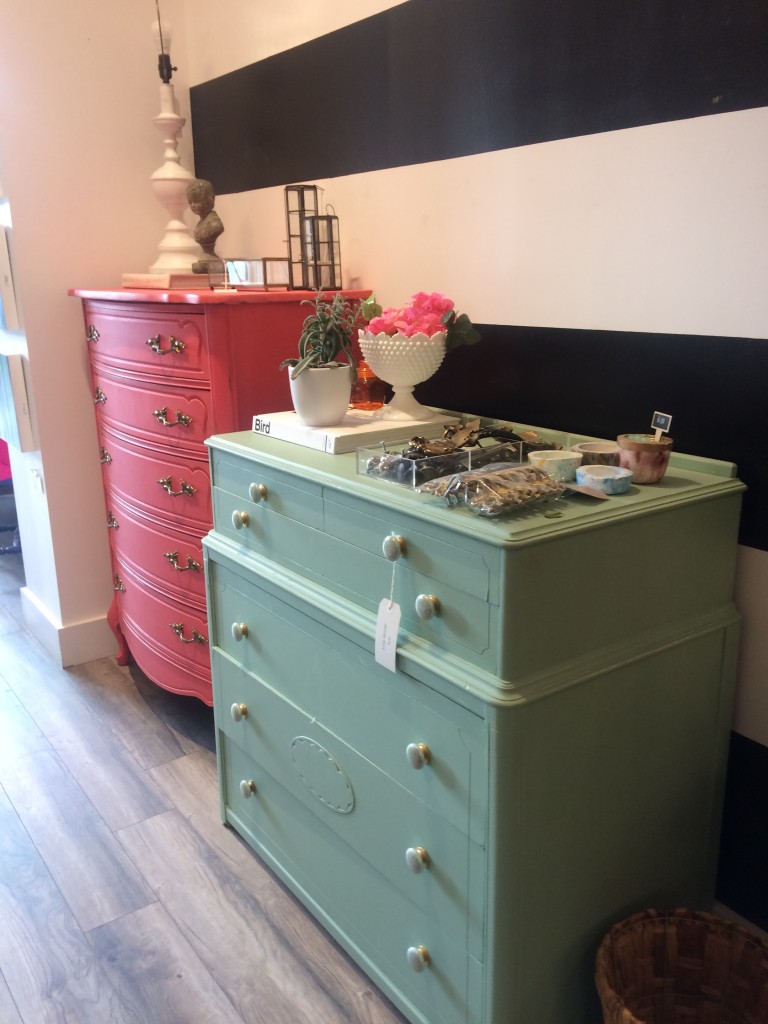 Another shop of interest was Latitude 44 with a gallery, framing and décor objects. “We started as a framing business and now we sell art and gifts from Canadian creators, east to west,” explained the store’s Mary Ann DiBernardo. 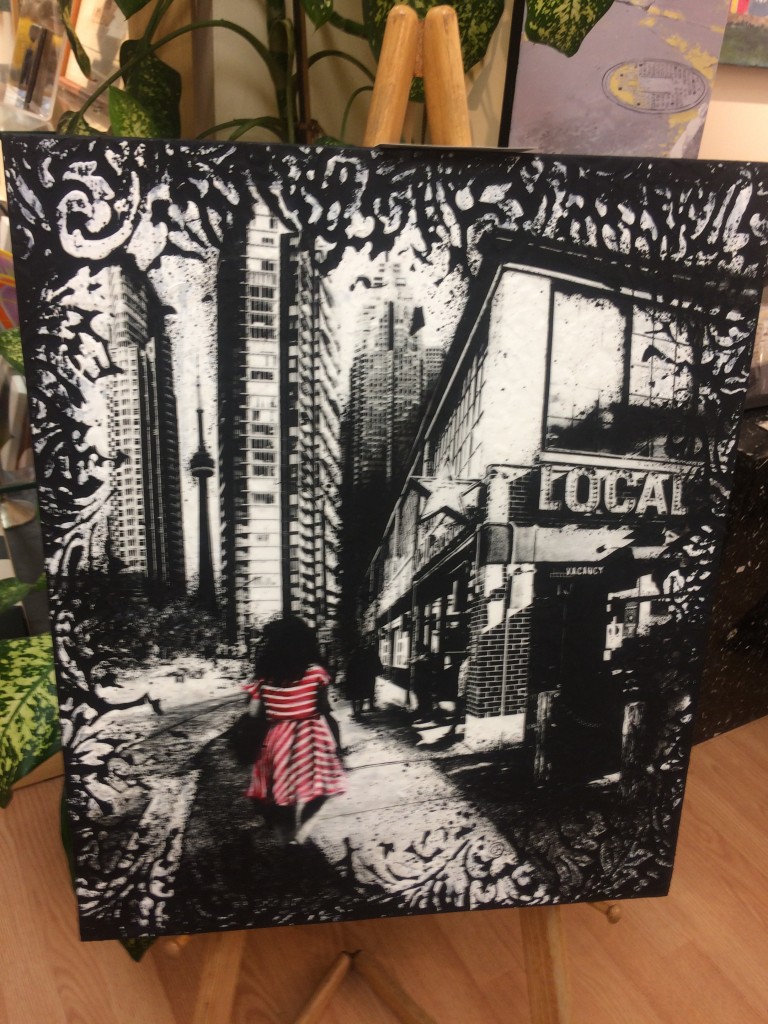 The Junction was dry until 2000, a holdout from times gone by. “In 1910, the residents voted to start prohibition here because there were a lot of factory workers who would get quite rowdy,” explained Junction BIA rep Christine Sweeton. Bars and licensed restaurants are everywhere now. “We are a proud 17 years drunk,” Sweeton joked.
One of the oldest continuously running restaurants is Vesuvio, opened in 1957. The popular family run pizza parlor attracts newcomers and old. “We often get people coming in who had their first date here and are now grandparents,” explains Piera Pugliese, who helms the operation with her husband Ettore. 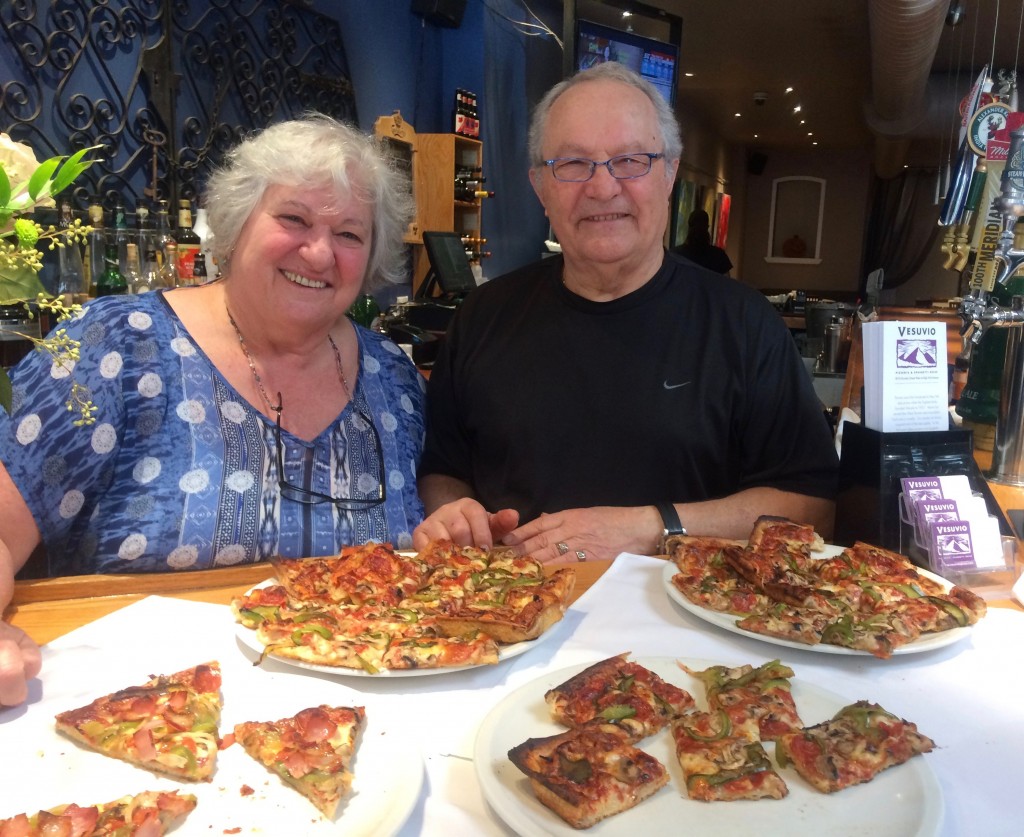 The Junction is a fabulous place to find one-of-a-king items. At Snug as a Bug, Liz Heyland has carved out a niche for onesies, in adult and children’s sizes (from 10 lb-350 lb). Leopard print? Lumberjack plaid? You name it, she has a onesie for you. The business is thriving. She started out selling the cuddly wear online in 2005 then opened the shop in 2007. Now she supplies 150 stores across Canada and all over the world. “Make your Christmas all the more magical with onesies for the whole family and pets,” she says merrily. 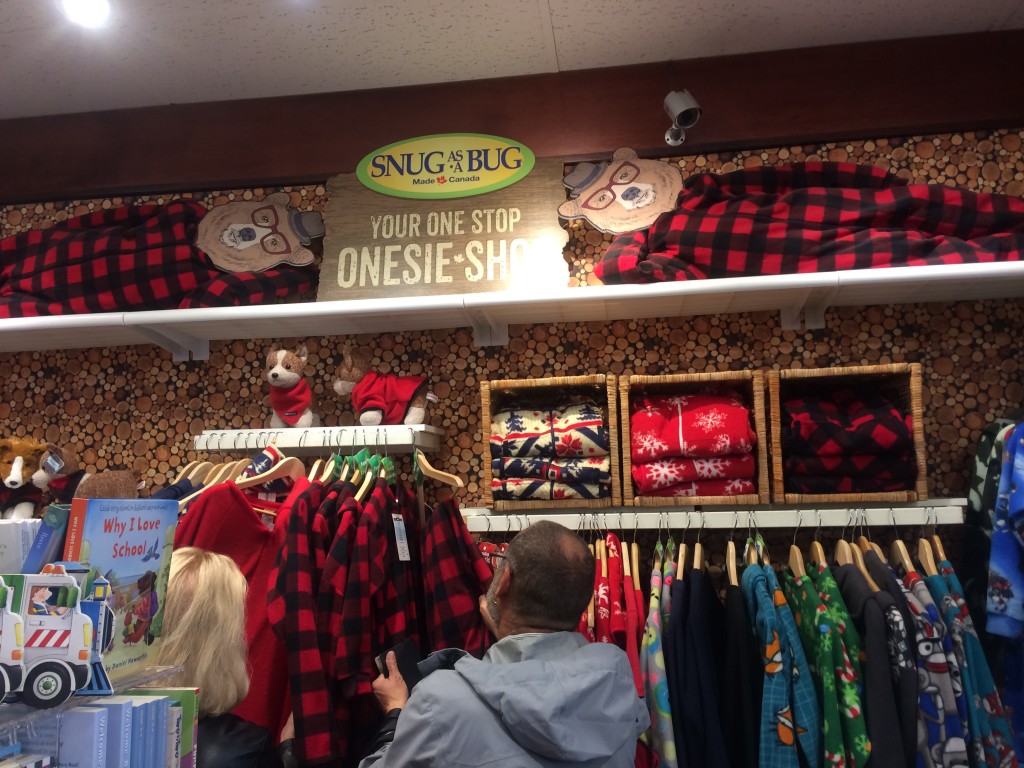 Want to create something yourself? Check out Pinot’s Palette where groups can drink wine (or beer) and paint – colours, canvas and aprons are all supplied. 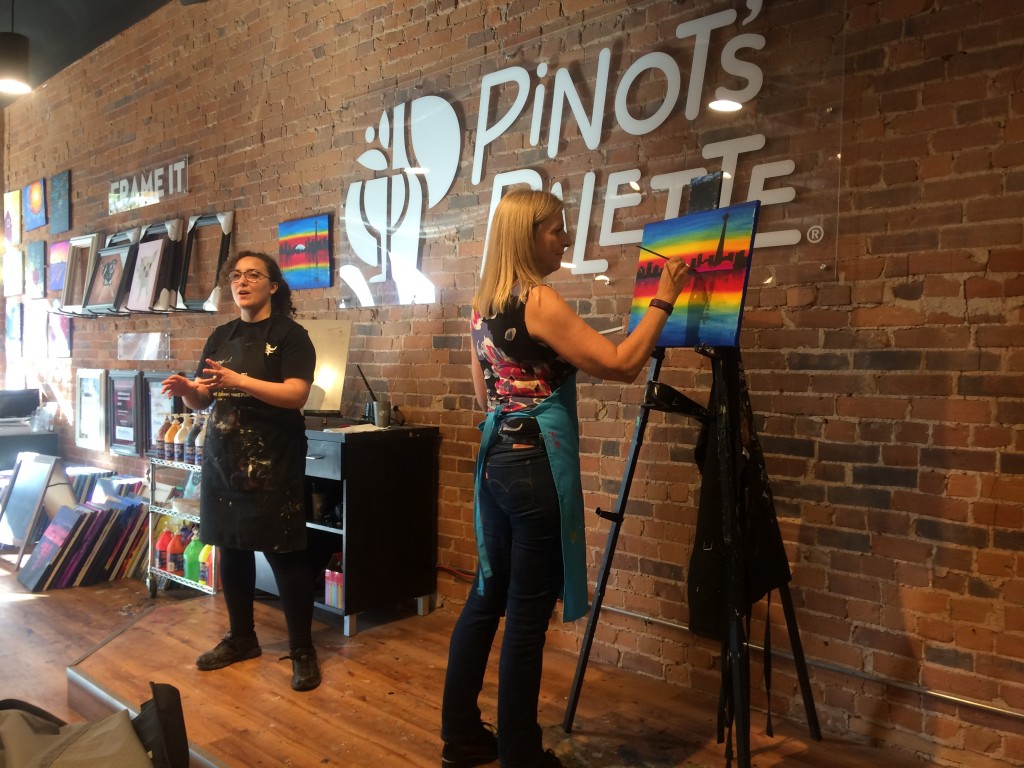 If you’d rather contemplate someone else’s creativity, Zalucky Contemporary art gallery showcases works from artists in the neighbourhood. While I was there owner Juliana Zalucky was exhibiting works by Lee Henderson who had won a Glenfiddich Distillery Artist residency program. “The words he uses in the art reflect whiskey tasting notes. He takes it a step further using spirits metaphorically,” explained Juliana. 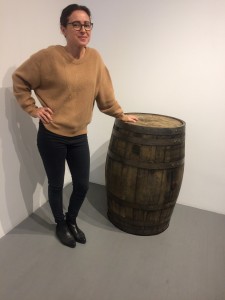 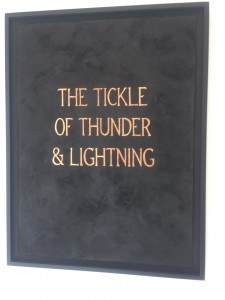 STERLIING ROAD
Lunch was on Sterling Road at the Drake Commissary. “The Drake has been 14 years on Queen Street and we thought it was time to grow,” said Sarah Lyons, director of the operation’s food and beverage. Homemade bread, pasta and charcuterie are all created at the commissary, which does a booming take-out business (the duck pate is a favourite). Housed in a former warehouse, the commissary has become a neighbourhood hang out and handily sits next to Henderson Brewing. 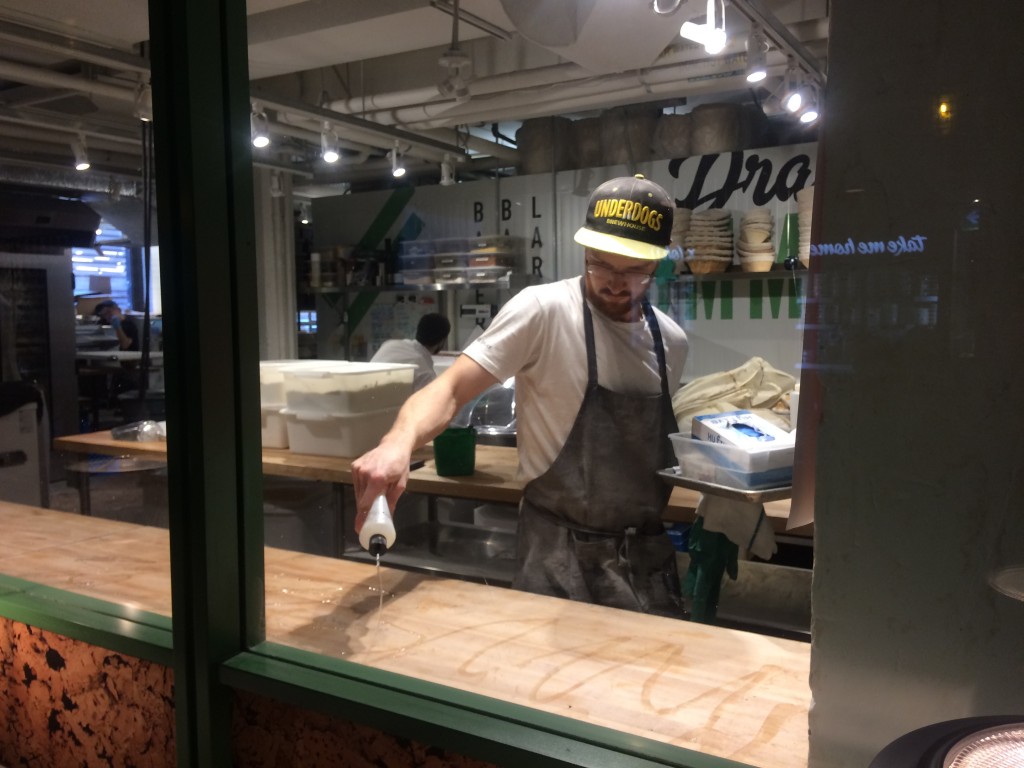 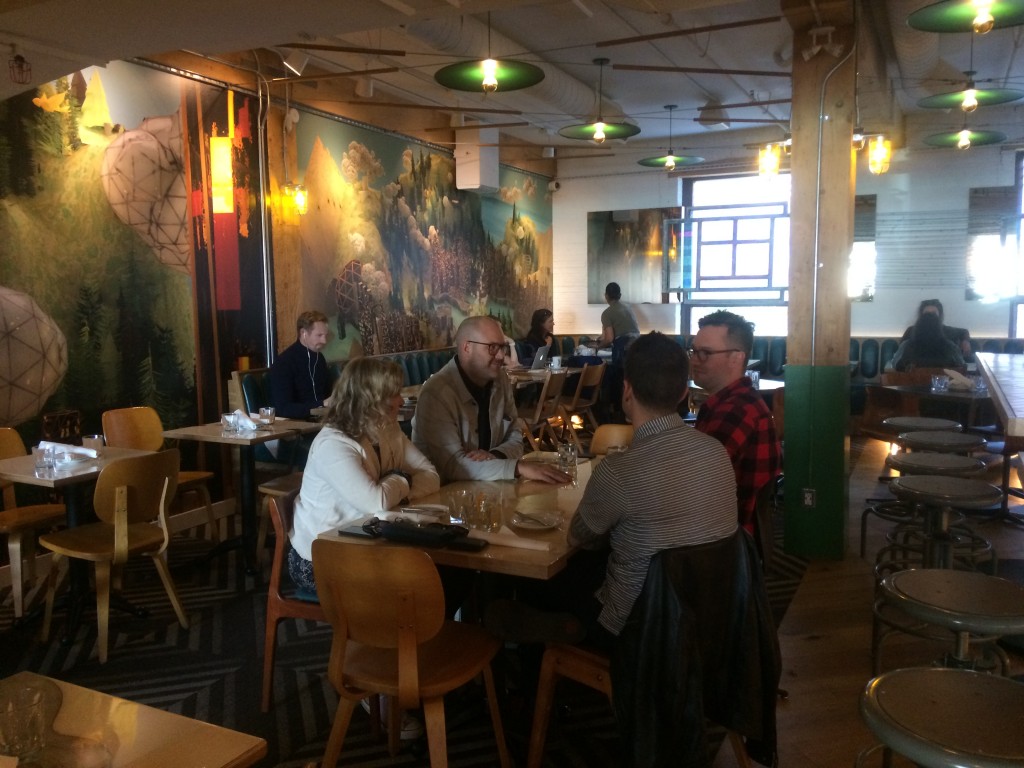 After all this food and shopping, how was my throwing arm? Not so good, as witnessed at Batl Axe Throwing, located in the Galleria Mall. Starting out in a backyard in Little Italy, the axe throwing grew into a beloved league organization and the location also services groups and private parties. There is a real trick to throwing the axe and getting it into the dart-board style targets hanging on hunks of plywood. At least I hit the wood (after about 10 tries). It was oddball and exhilarating at the same time. Who would have thunk? 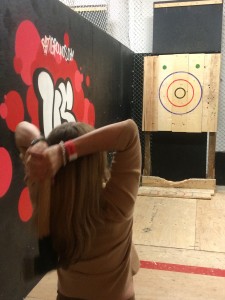 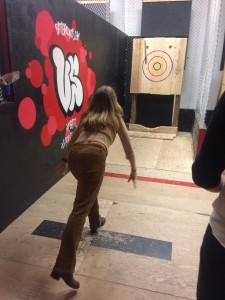 RONCESVALLES
Last stop on the tour before heading downtown was the Cider House, where owner Sasha Steinberg offered up delicious flights of Ontario-produced cider. Two of my favourites were the Local Press from Hamilton and the 401 Cranberry, from the Big Apple near Colborne, Ont. 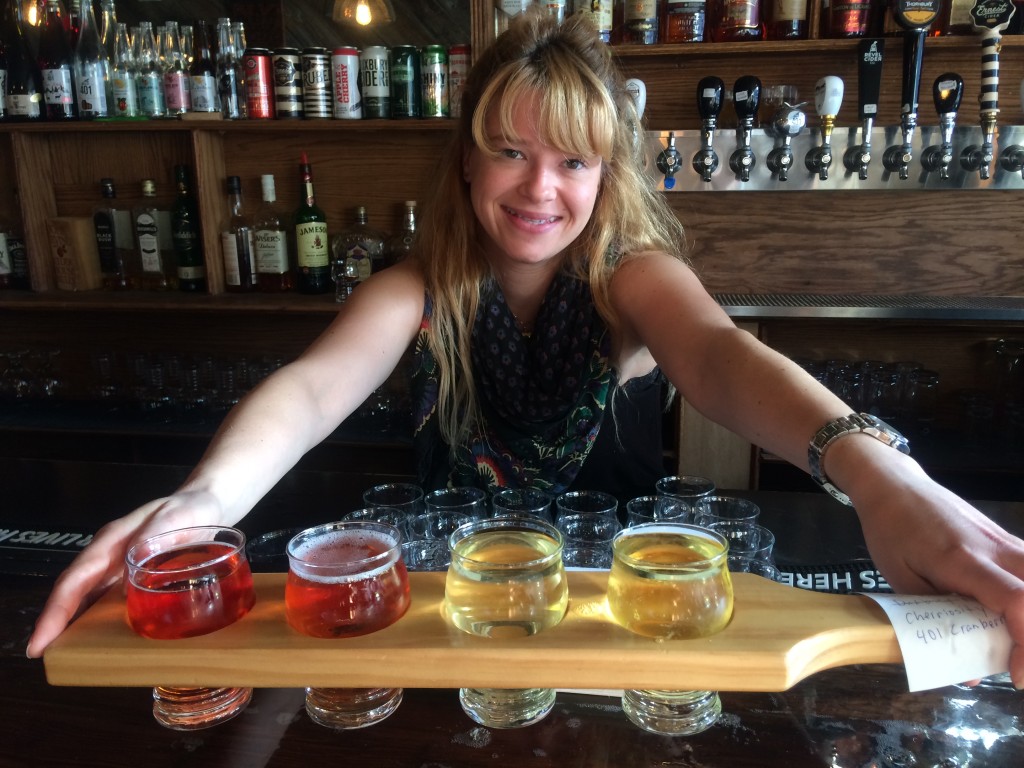 What better after an action-packed day than to snuggle with Carlton Bear at the glitzy, over-the-top new Bisha Hotel. Go Leafs! 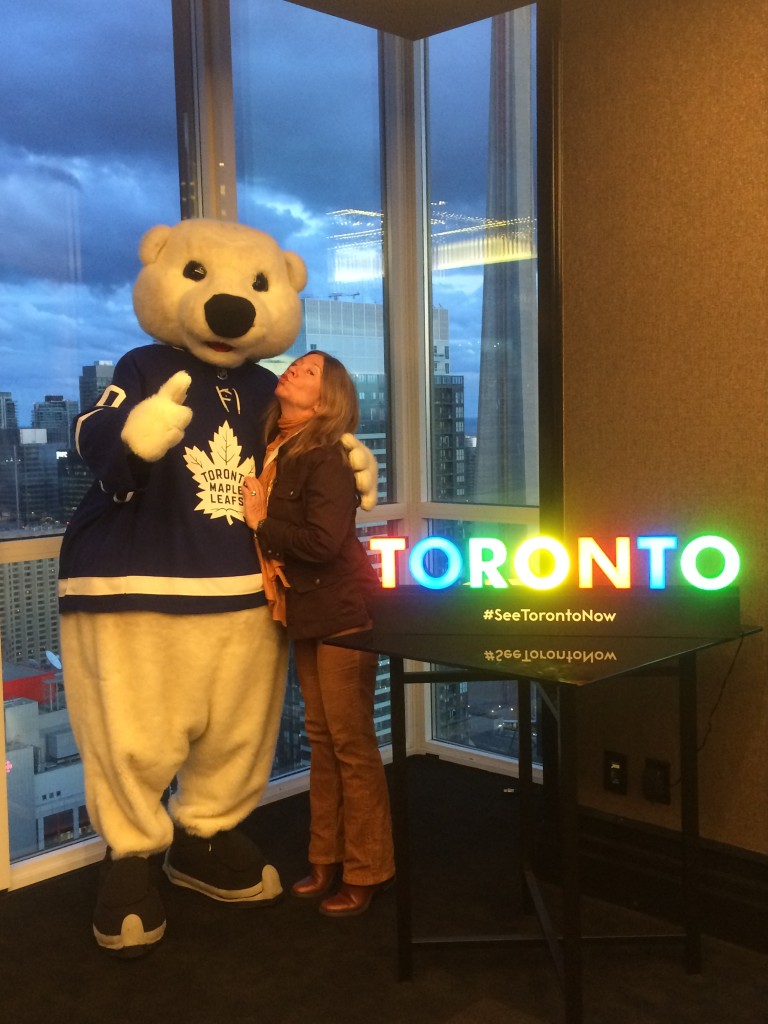 Thank you Tourism Toronto (Karly Melo and Rebecca Gleringer) and Christine Sweeton of the Junction BIA for arranging such a great day!