Posted on October 23, 2017 | Comments Off on Very Delicious Vancouver 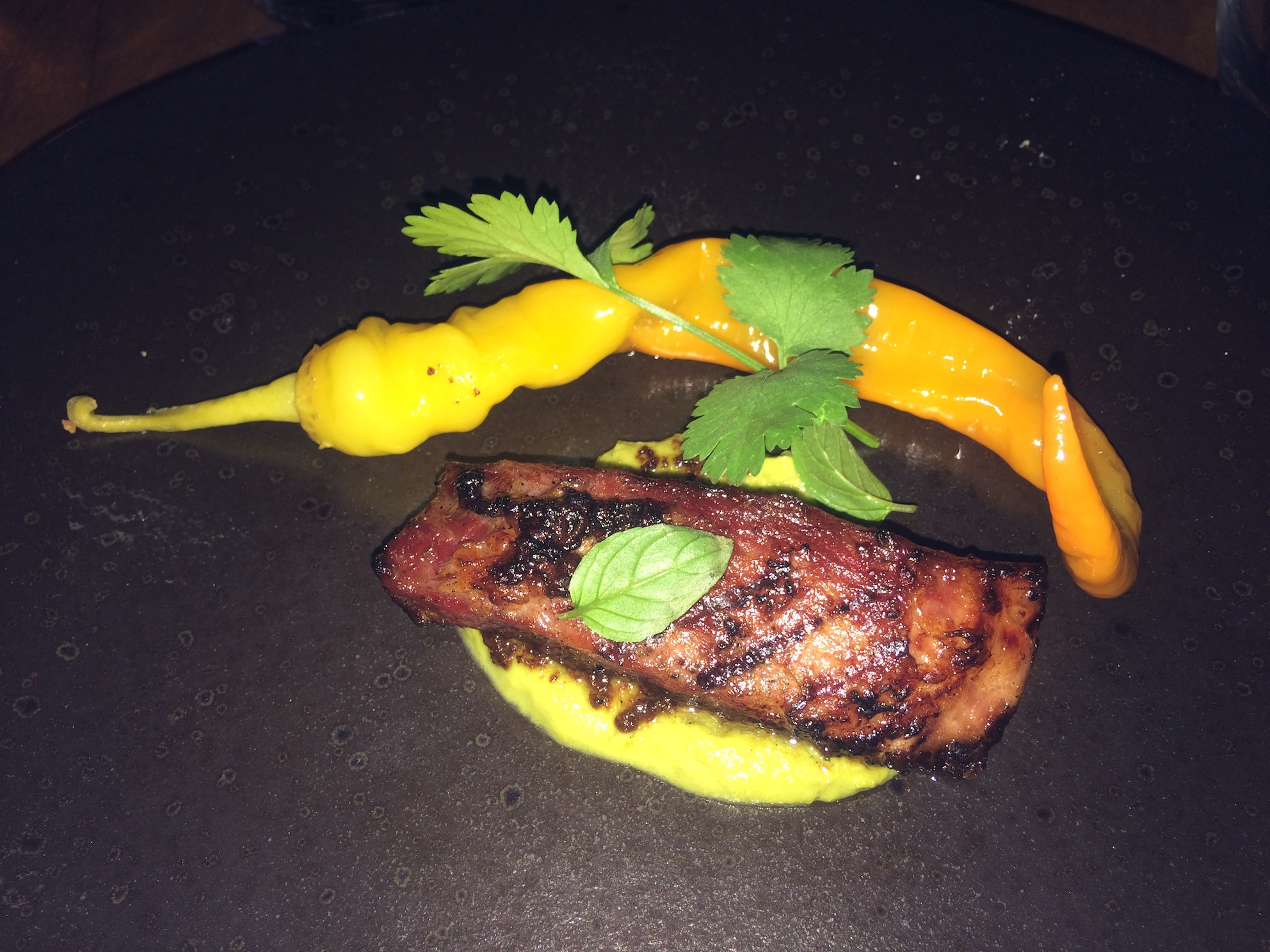 It’s been a few years since I visited Vancouver and it really is a gorgeous place. And delicious. I ate, drank, cycled, swam (in the hotel pool) and ate some more. 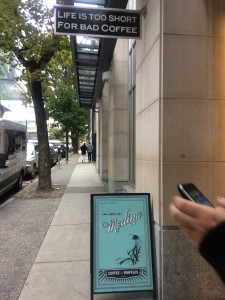 Cafe Medina, with a Mediterranean feel, was my favorite breakfast place. Owner Robbie Kane is originally from Toronto and loves to walk around and chat with customers. I learned that after he opened the restaurant he was sitting at the bar and a woman came in and sat at a table for four. Since it was busy, her server asked her to sit at the bar instead. She did. Robbie asked her her name. “Medina,” she told him. He couldn’t believe it. What did he do? Marry her, of course!Robbie’s brother Brian is an Emmy Award-winning set designer who stops in frequently. “I took three months off and did the decor,” he told me. Favorite dishes are the fricassee (a bestseller), lavender latte, and waffles with caramel, passion fruit, chocolate, and honey dipping sauces. 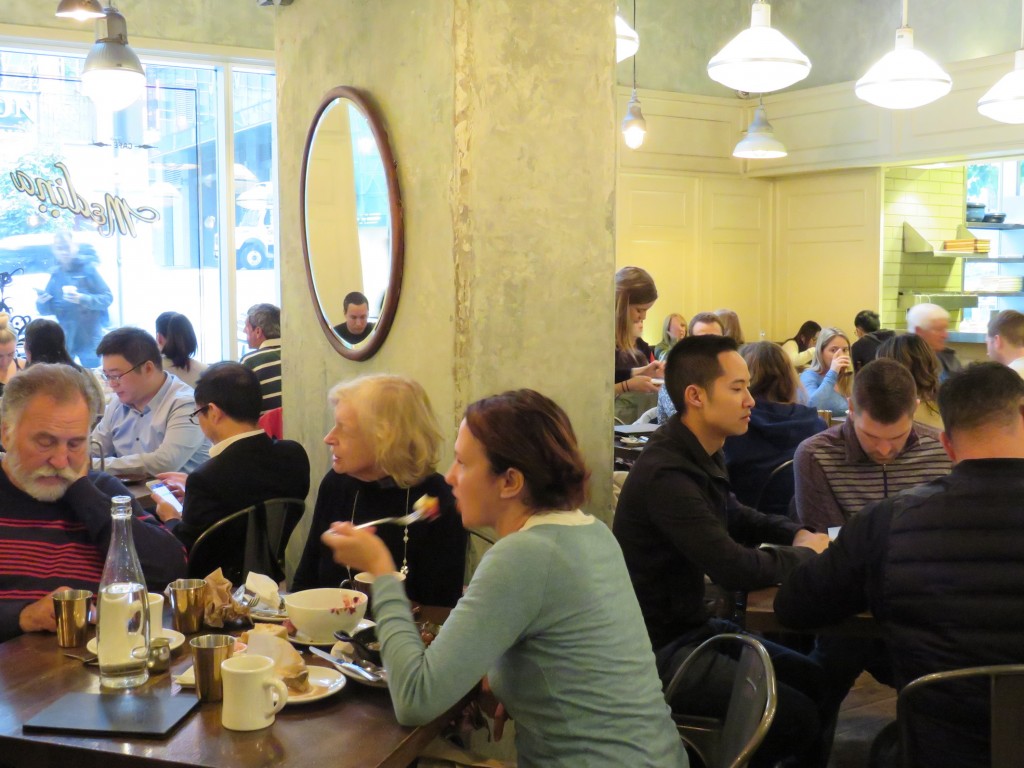 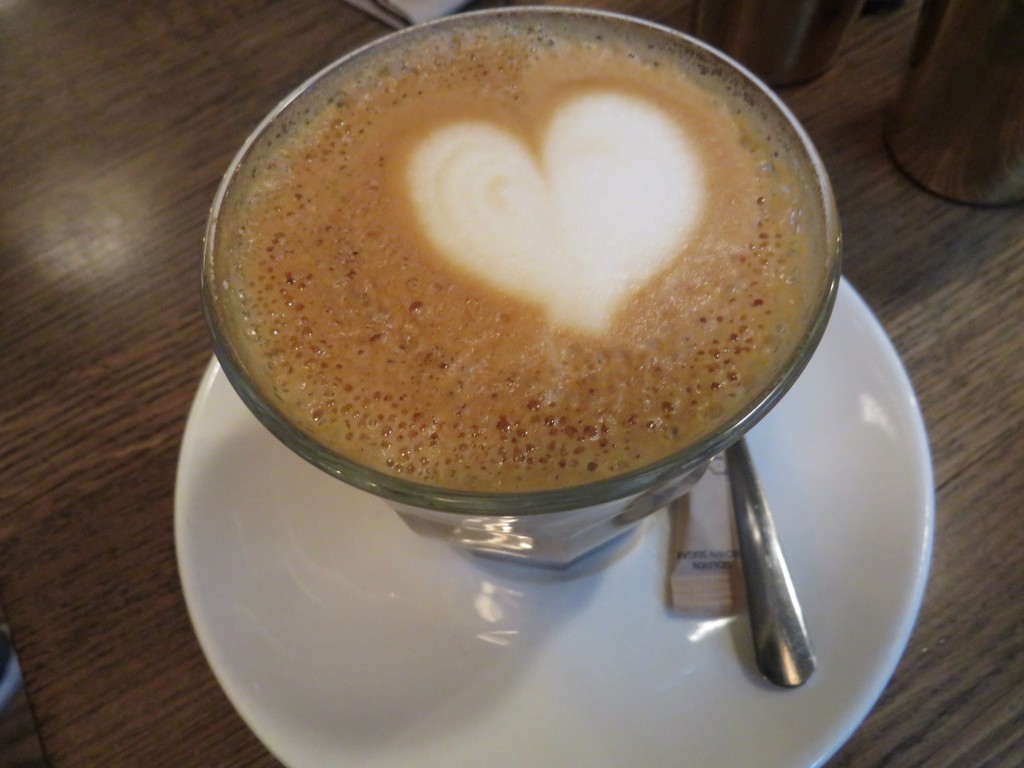 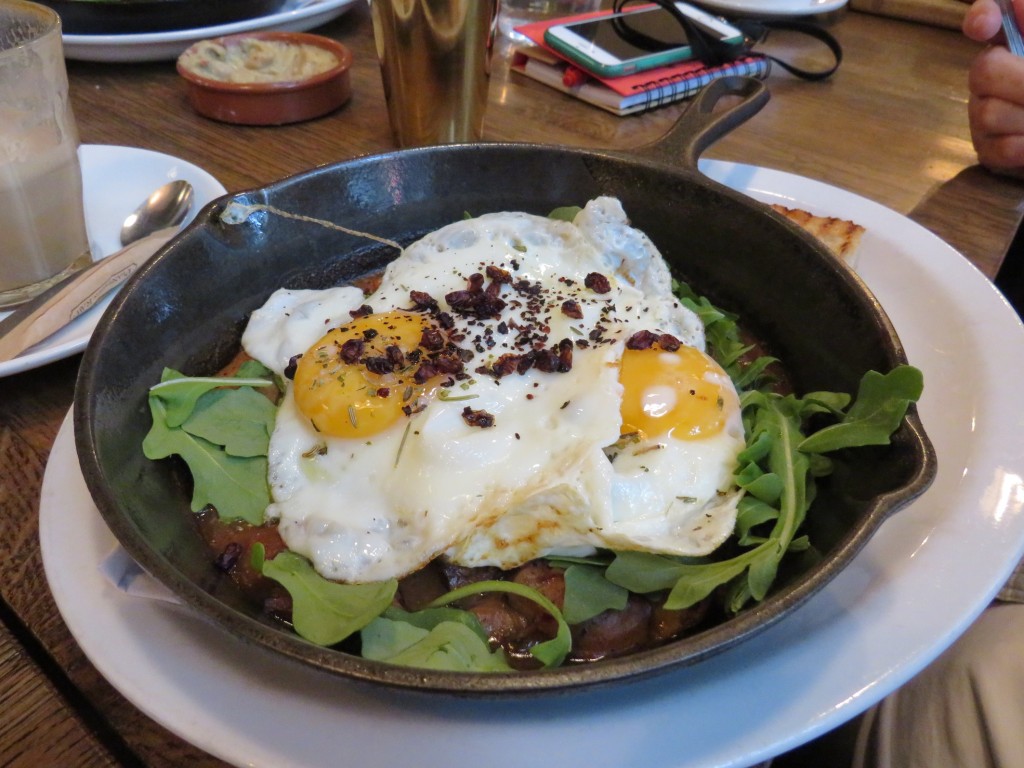 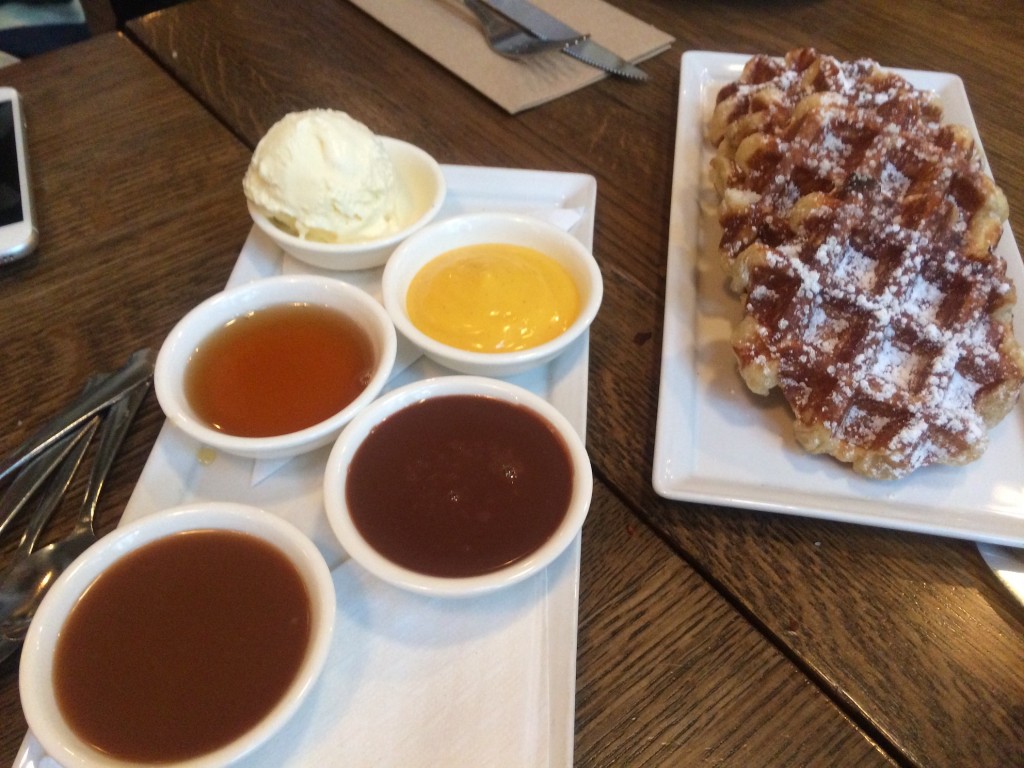 A cool dinner spot was Nightingale, which opened last May in the Coal Harbour area. It’s casual but classy and specializes in small plates. Apparently it’s very popular with the business crowd at lunch. I loved the roasted brussel sprouts, the salads and the desserts were divine, especially the flourless chocolate cake. 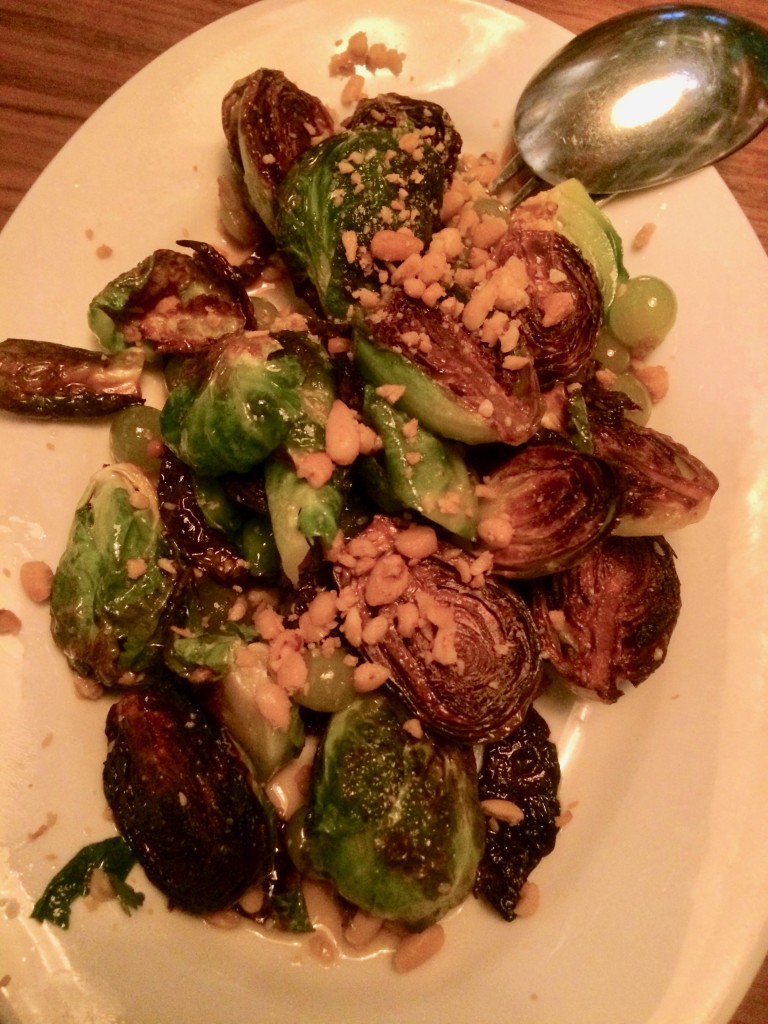 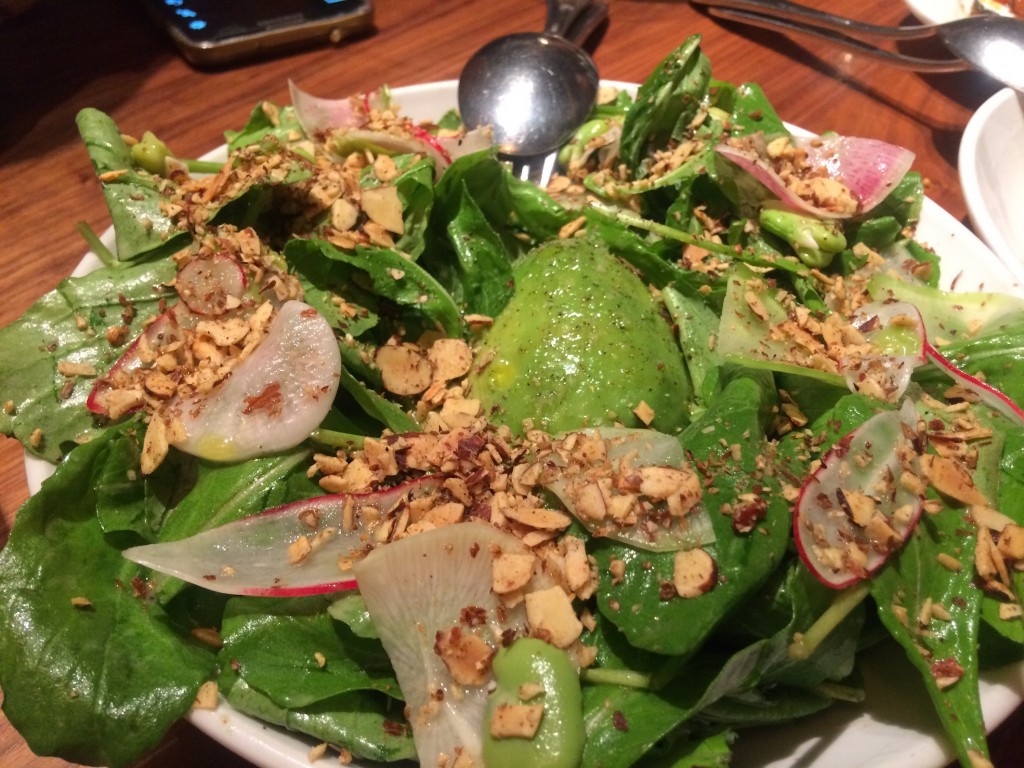 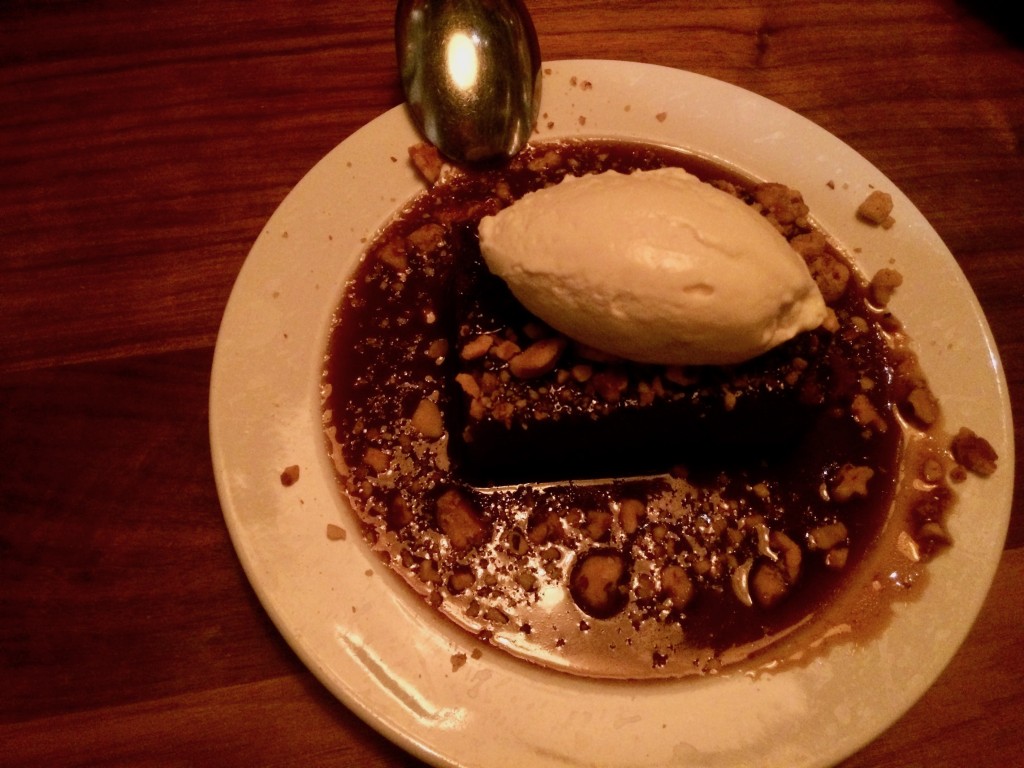 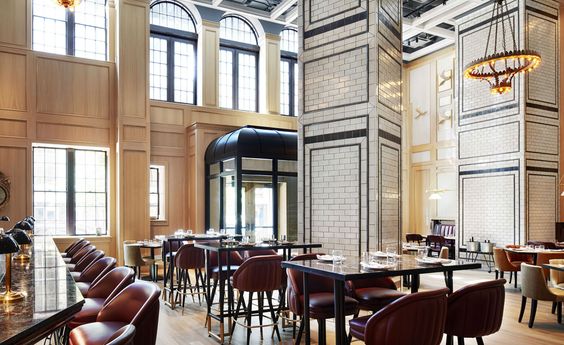 The best seafood I had was at Yew Seafood + Bar at the Four Seasons Hotel. The soaring ceiling, magnificent wall hangings and toasty wood paneling gave the room an airy yet warm feel. Fabulous mixologist Lauren Mote shared a few cocktail secrets first, then it was seafood heaven.Here are a few of my favourite dishes: halibut, oysters, scallops…. 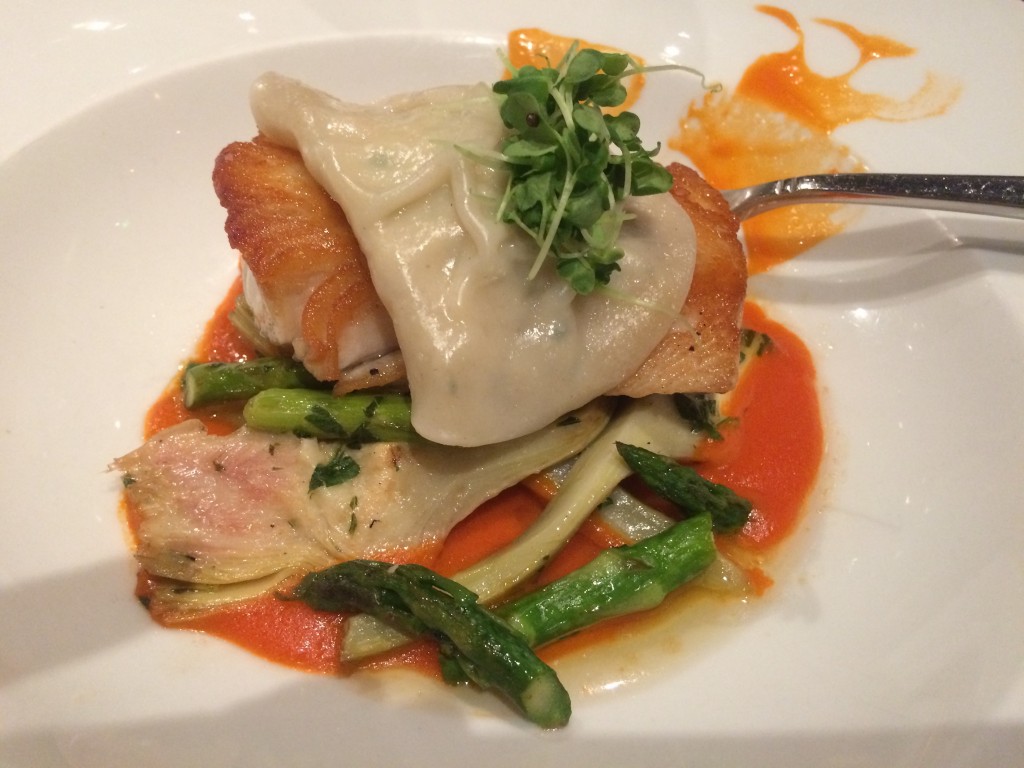 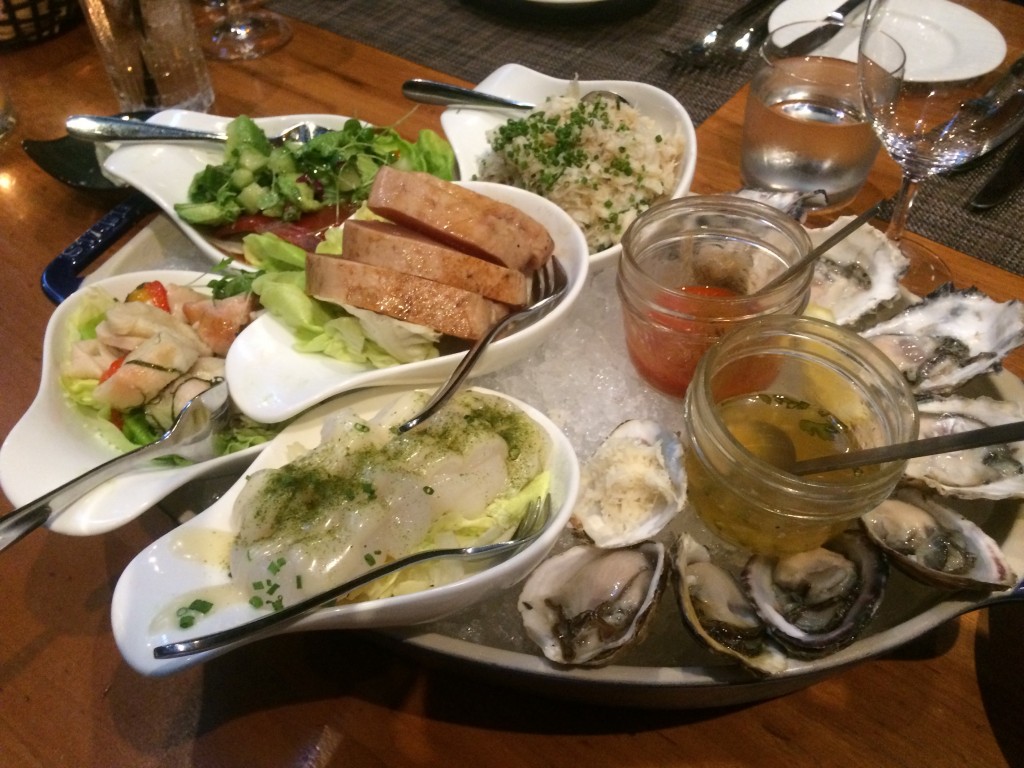 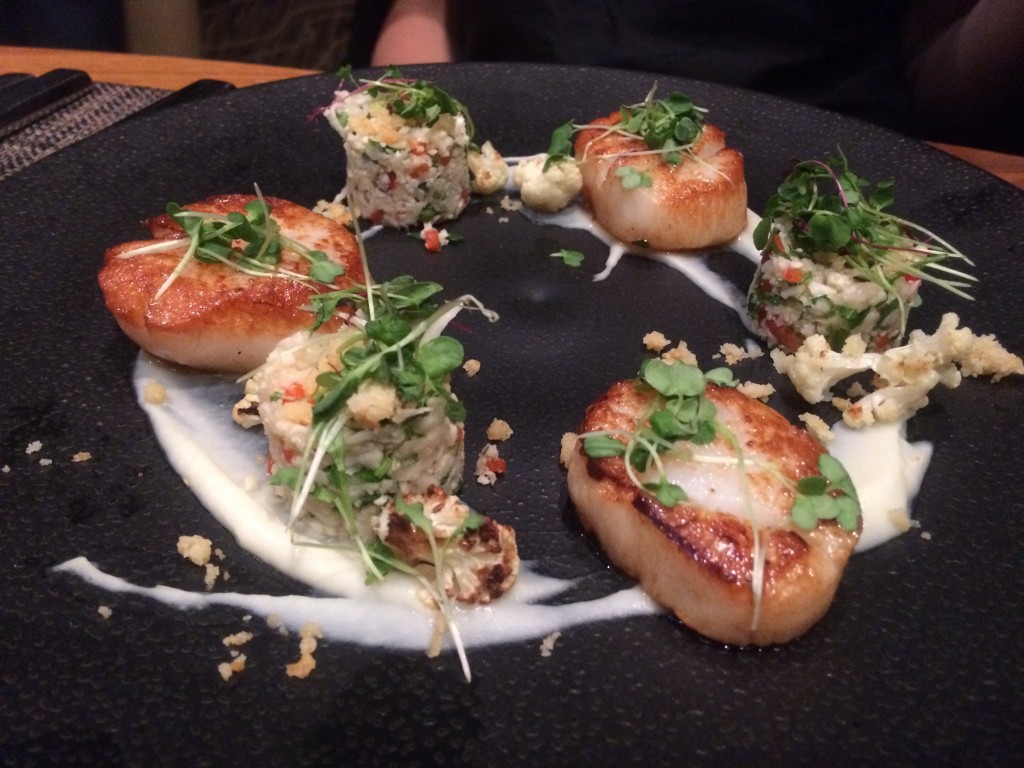 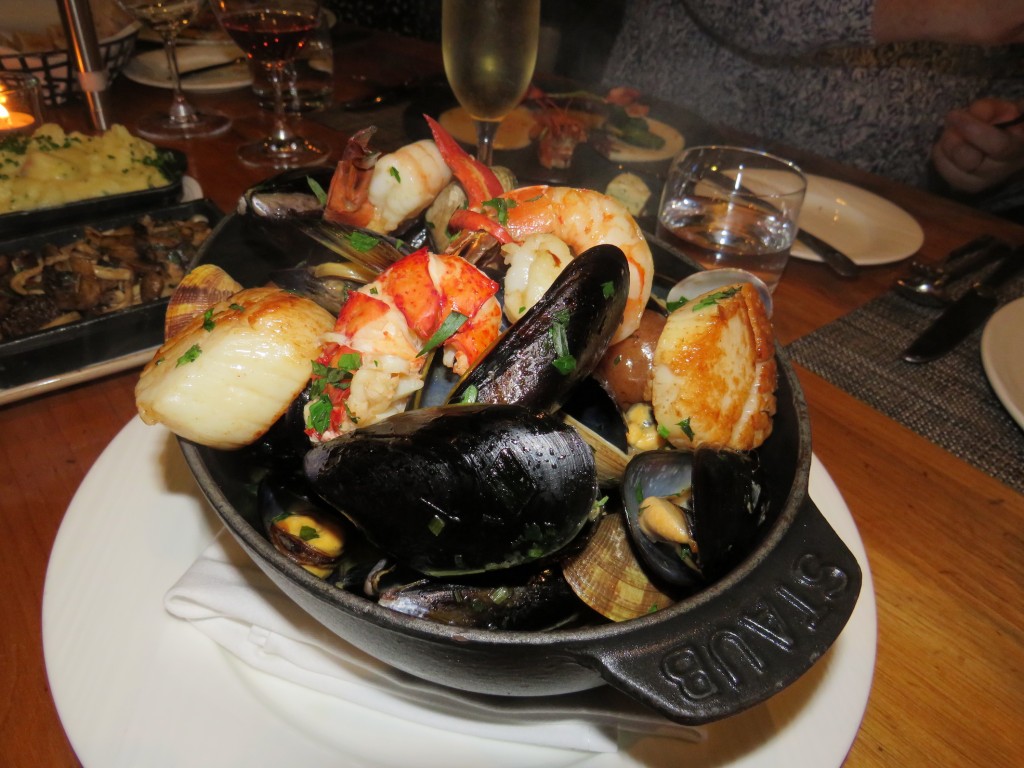 Cacao Vancouver is a tiny resto in Kitsilano with a huge reputation. It was nominated as one of Air Canada enRoute’s 2017 Best New Restaurants, and rightly so. Chef Jefferson Alvarez is a creative genius and is happy to share all the tricks of his trade at the open kitchen. Depending on the season, he features all sorts of regional ingredients and a very forward cocktail menu. 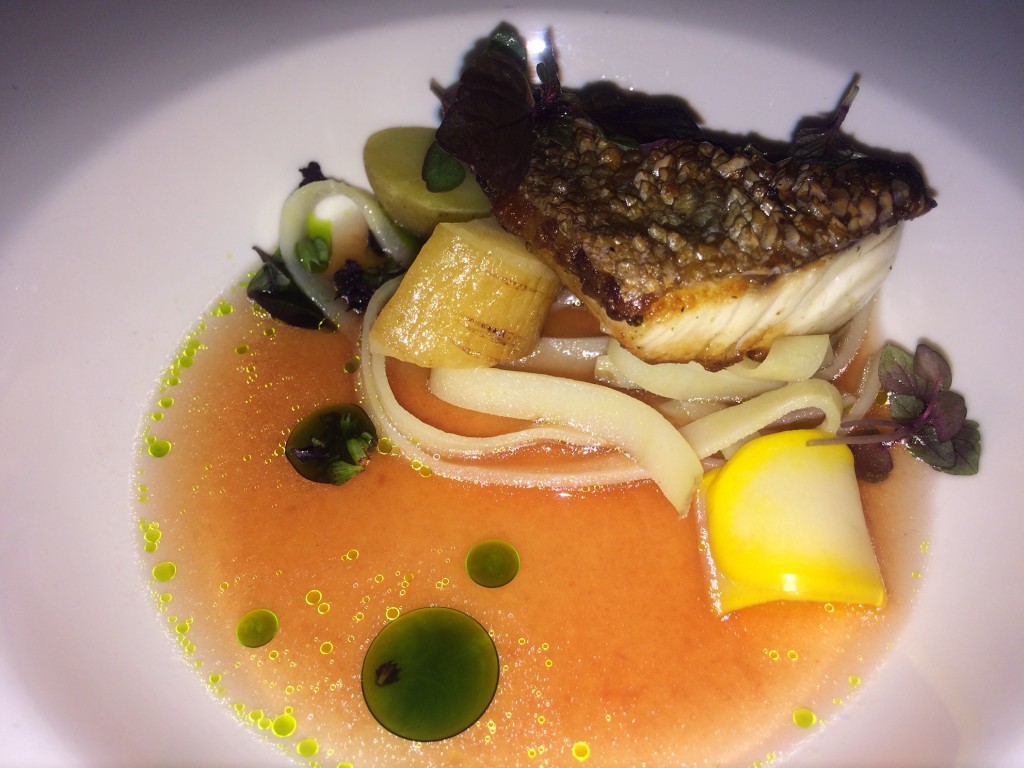 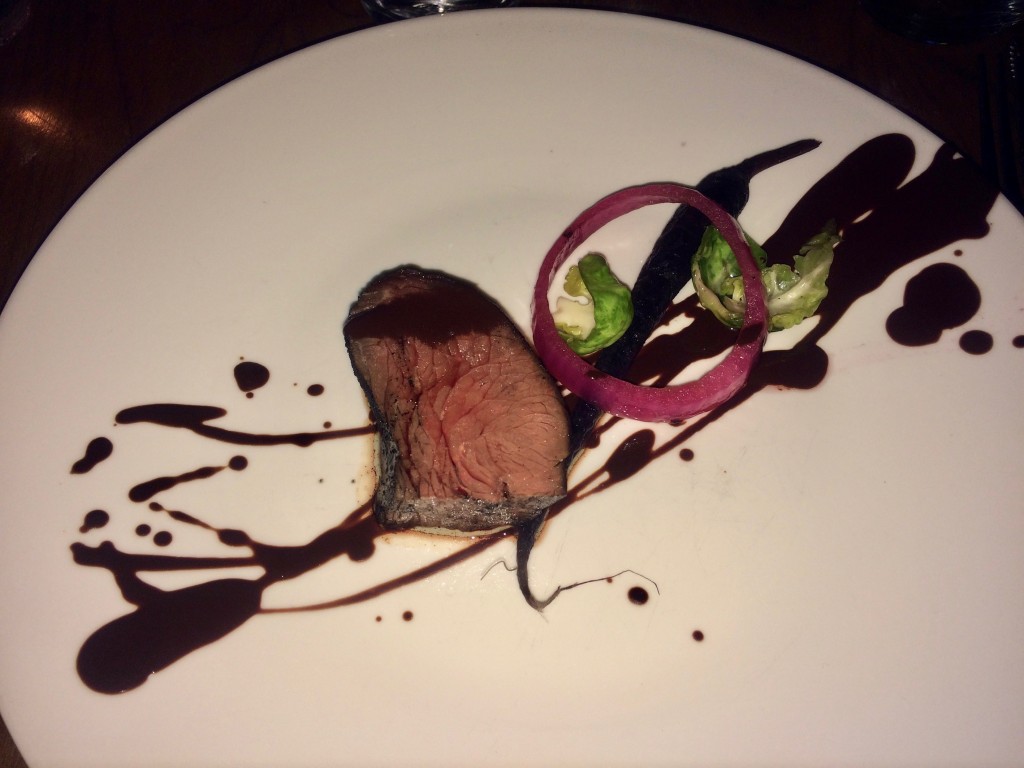 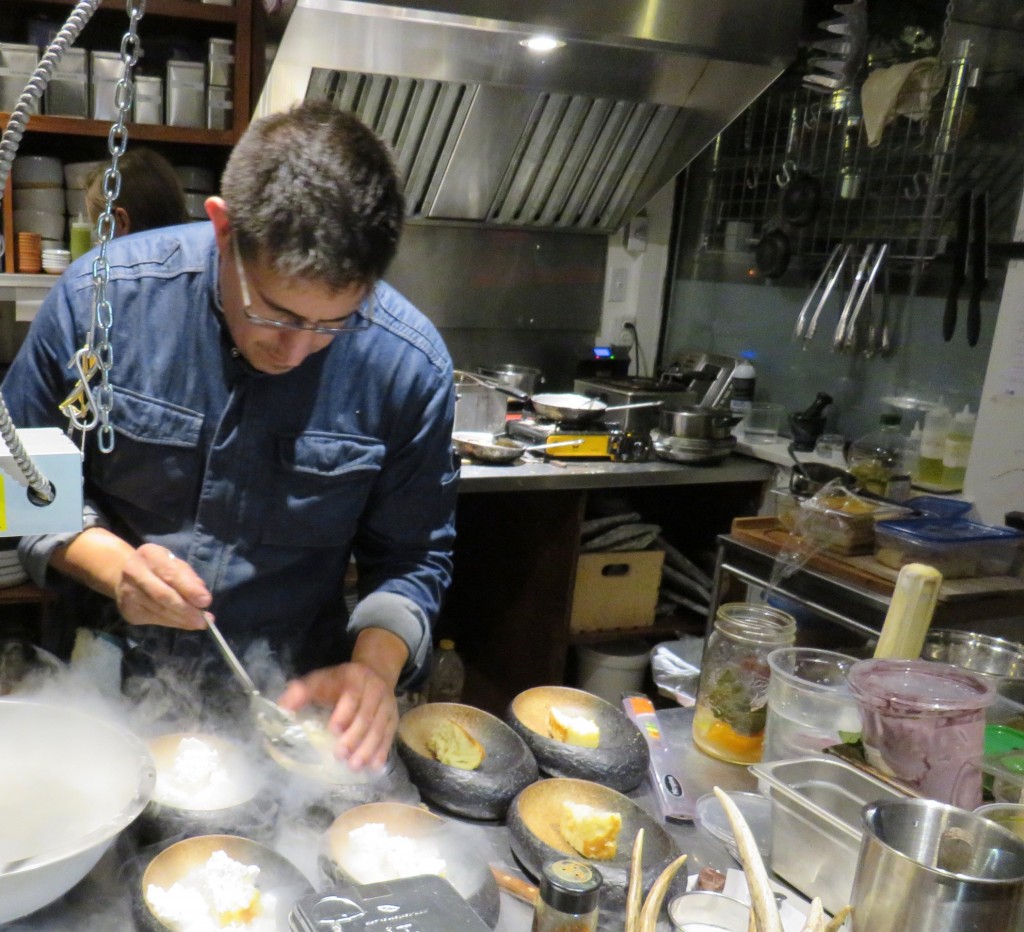 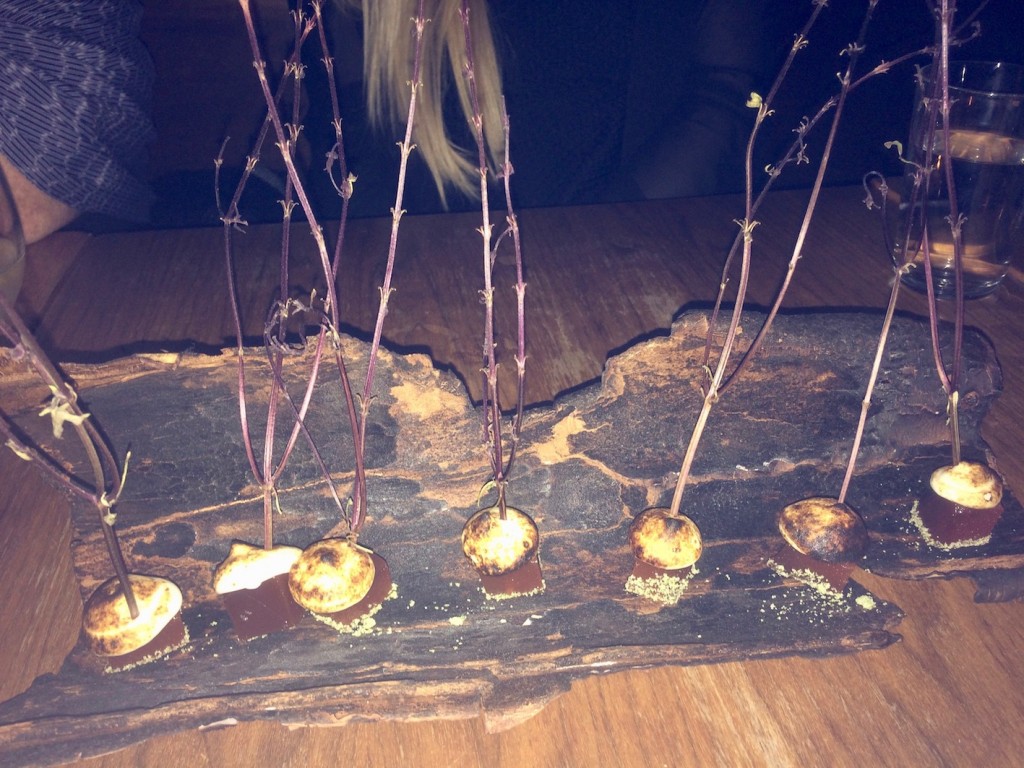 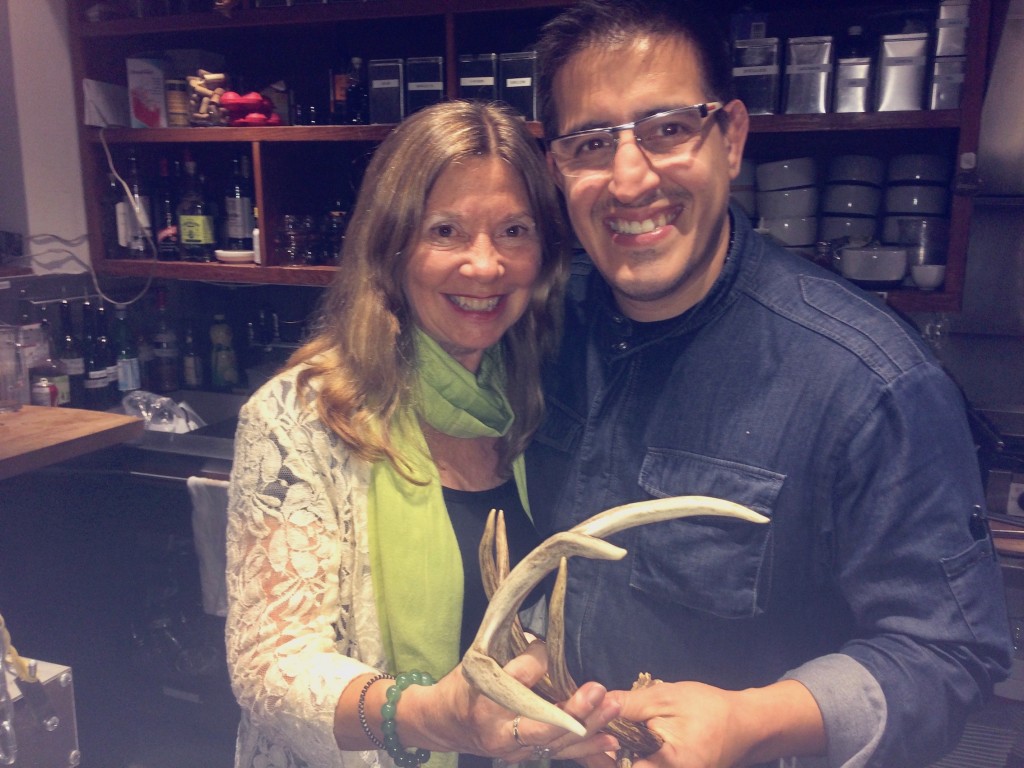 This entry was posted in Destinations and tagged Food, Vancouver. Bookmark the permalink.