Posted on May 16, 2018 | Comments Off on Niagara Parkway Culinary Crawl 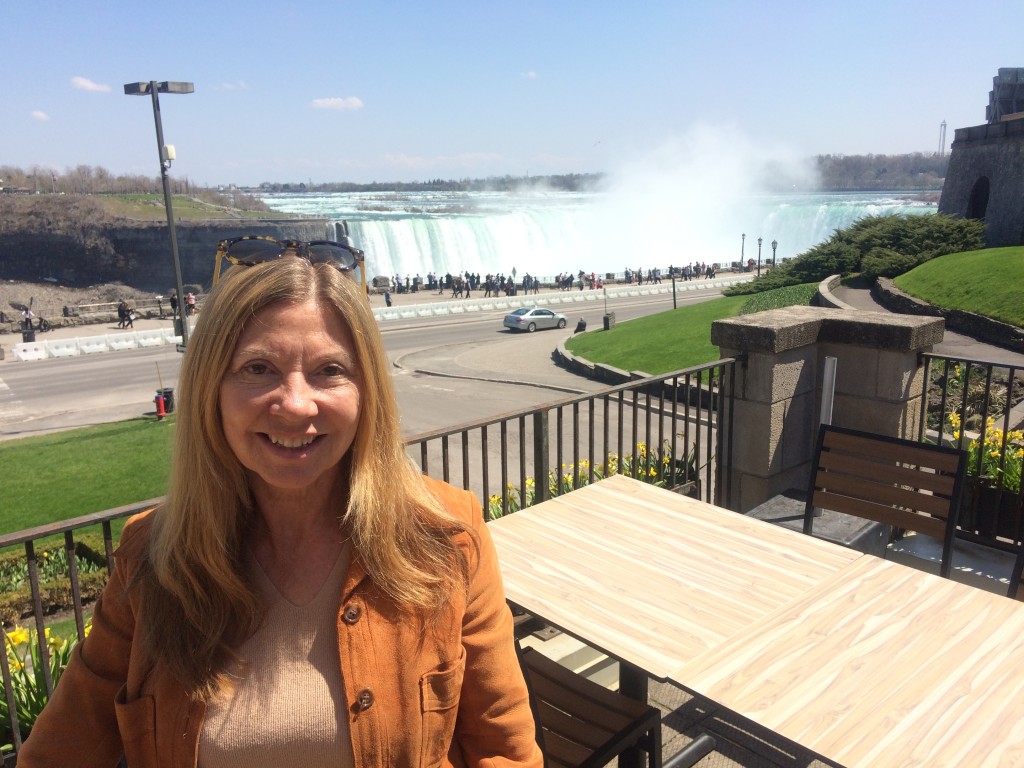 Boy oh boy were my eyes opened on a recent trip along the Niagara River Corridor, stretching 56 km from Lake Ontario to Lake Erie. My memories of Niagara Falls restaurants were redolent with whiffs of bland boil-in-bag chili, greasy hot dogs and frozen fries. That is sure not the case today. On a recent culinary crawl through Niagara Parks, I sampled dishes at five beautiful dining establishments, all concocted by proud chefs who came out to make sure we liked what we were served. Answer? A resounds YES!
Oh, and I should mention all the food was paired with delicious Wayne Gretzky wines and even a WG whiskey called, what else, but 99. 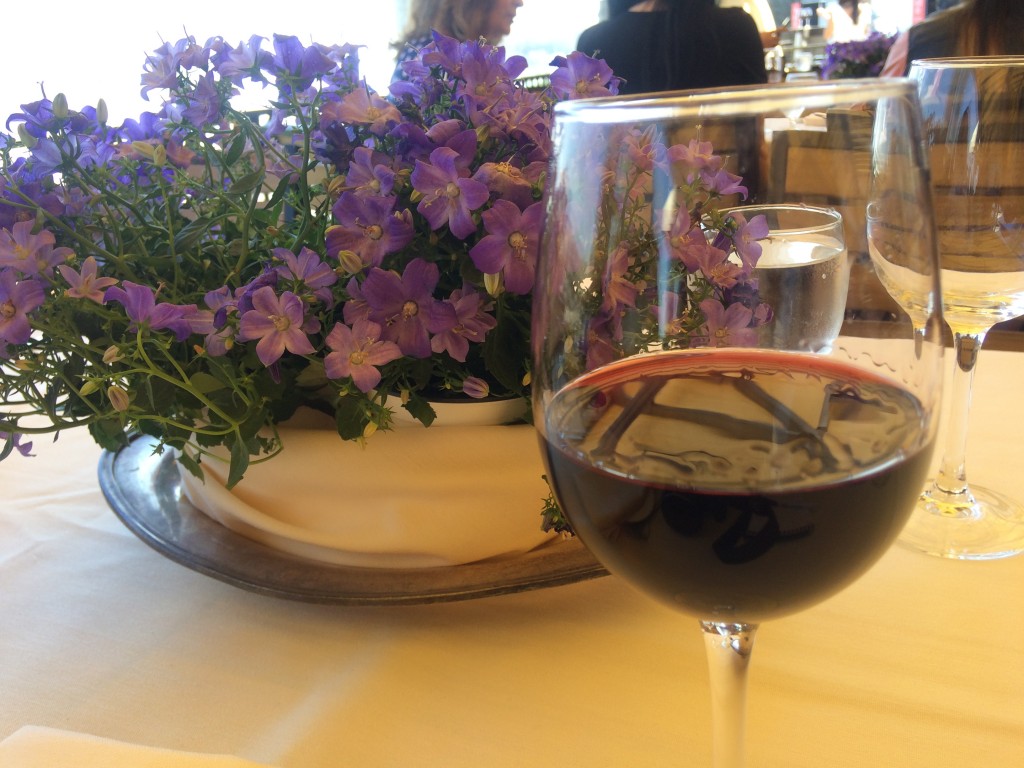 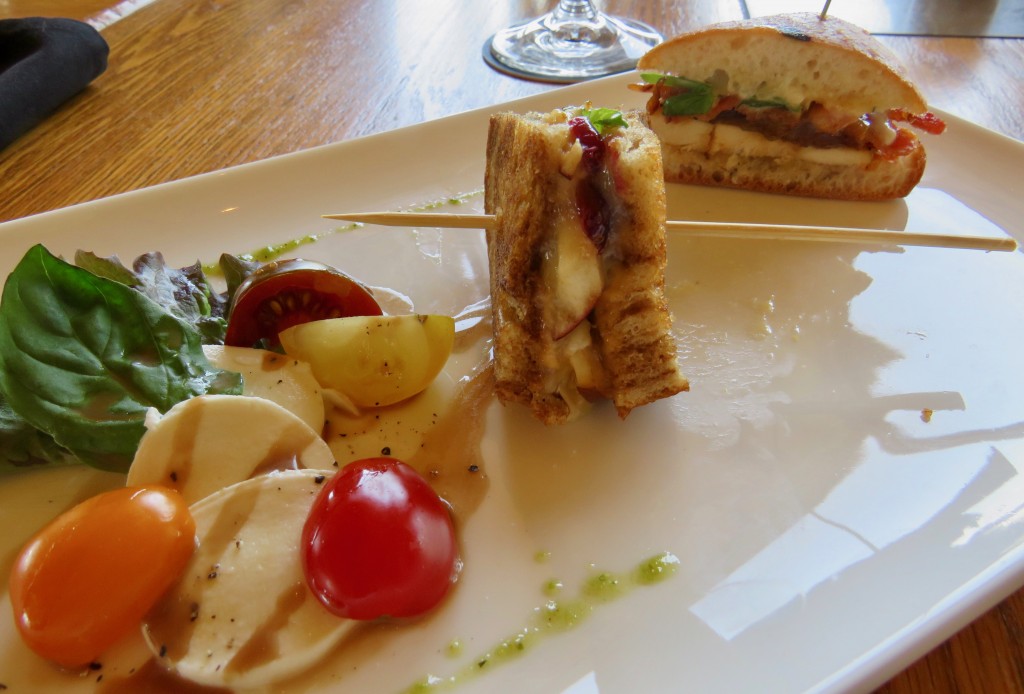 STOP TWO: Queen Victoria Place Restaurant
This second floor restaurant has amazing views of Niagara Falls. With a gift shop and other establishments on the main floor, it’s a little incognito. Just go up the stairs on the left side of the building. 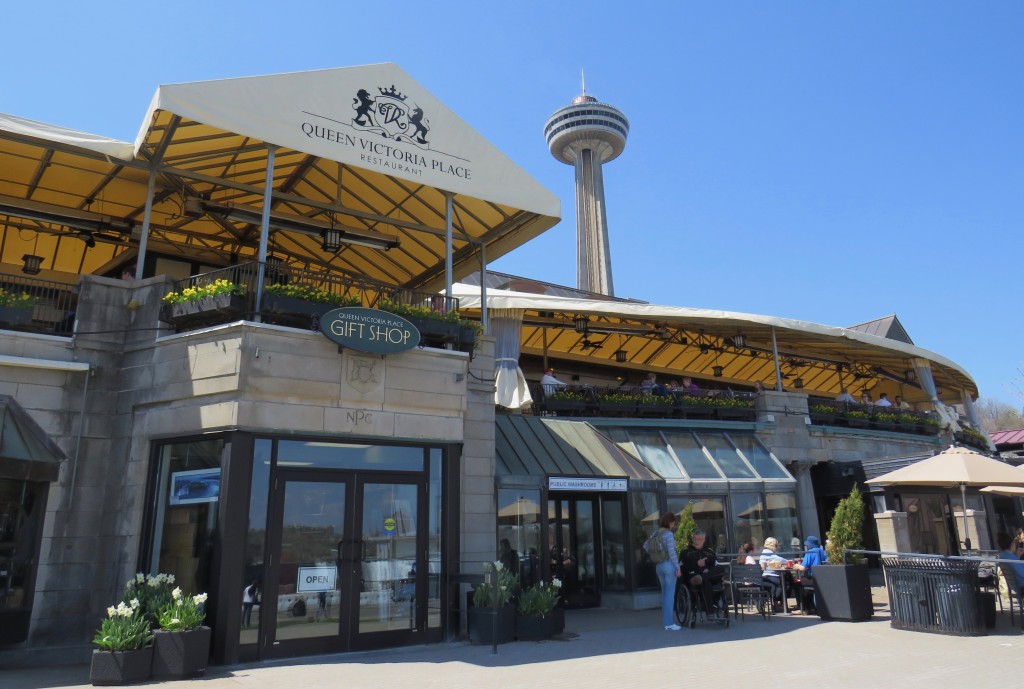 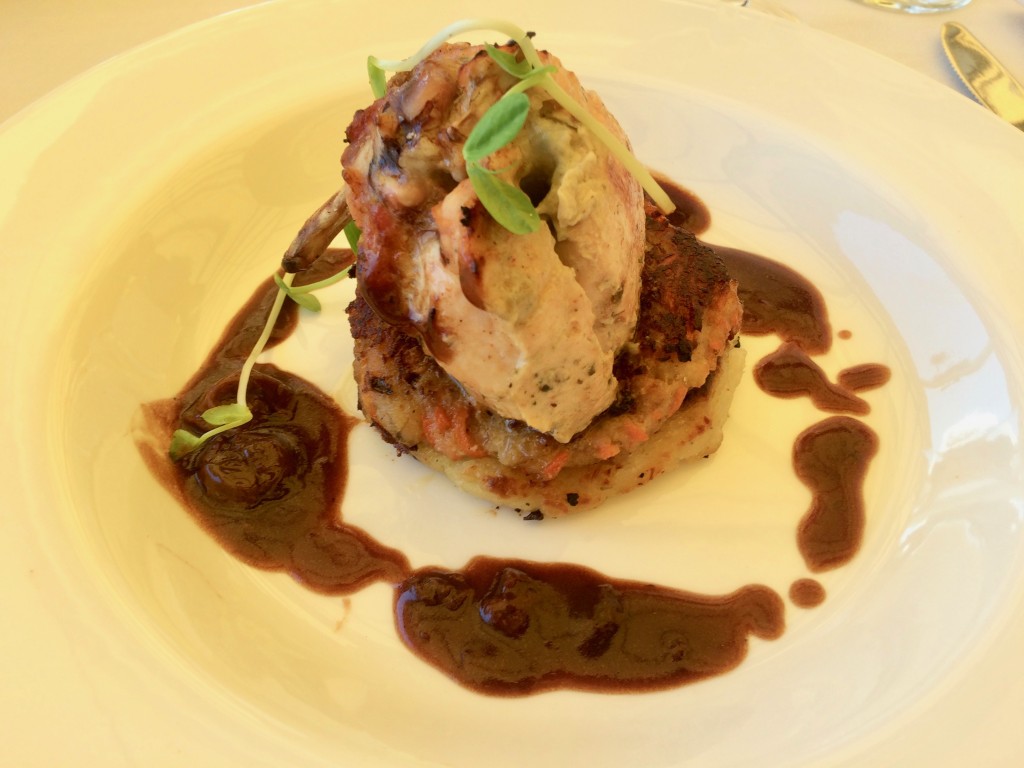 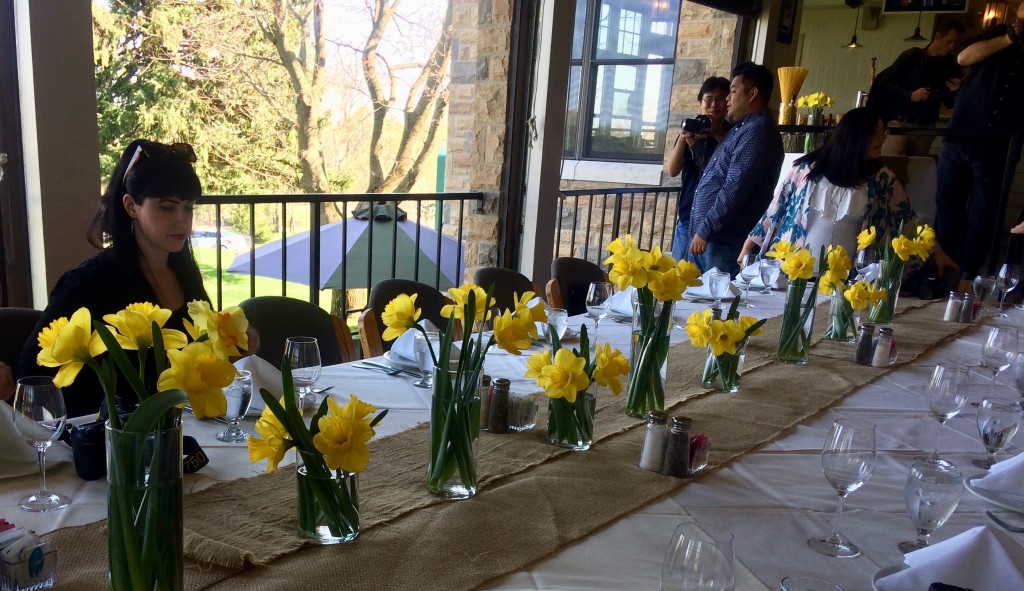 Back on the links, we sat down to Niagara-on-the-Lake raised Chef Tim Vandelaar’s a lovely, light house-made linguini with Chardonnay cream sauce, Brandt’s pancetta, 100km edamame, Miller’s Asiago and crispy basil. What better to tipple than Wayne Gretzky Estate Series Chardonnay? I was almost up for a game! 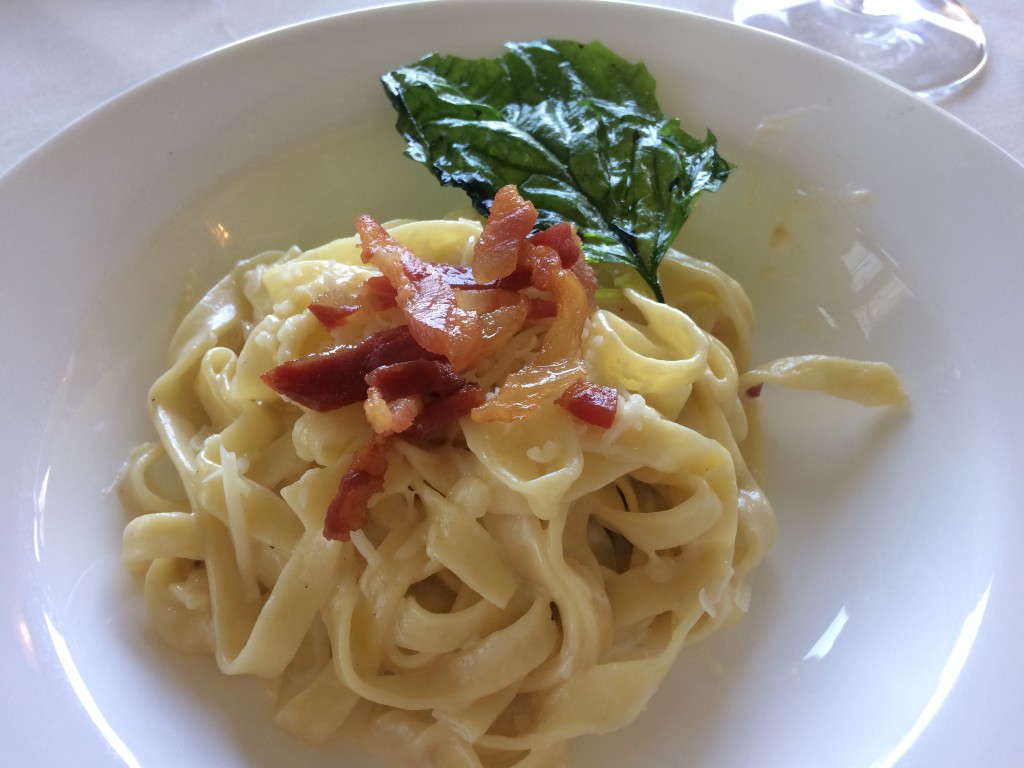 STOP FOUR: Queenston Heights Restaurant
What a view! This extraordinary venue, built in the 1930s, is located on a sprawling, verdant lawn and has a spectacular vantage point looking down on the Niagara River. 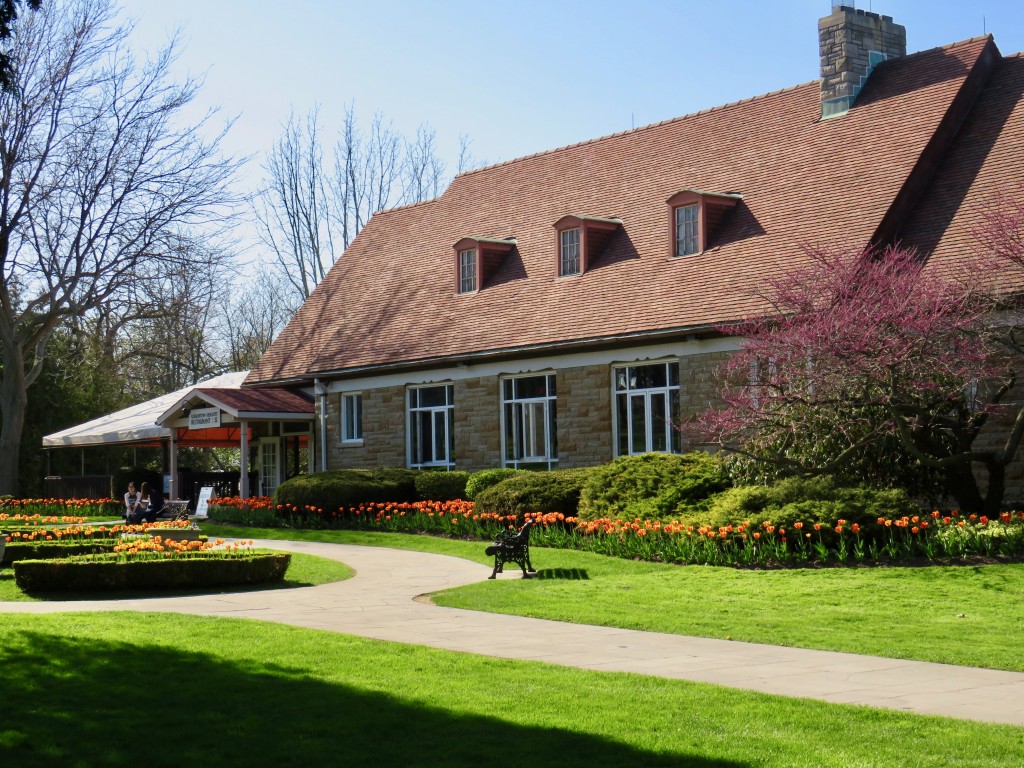 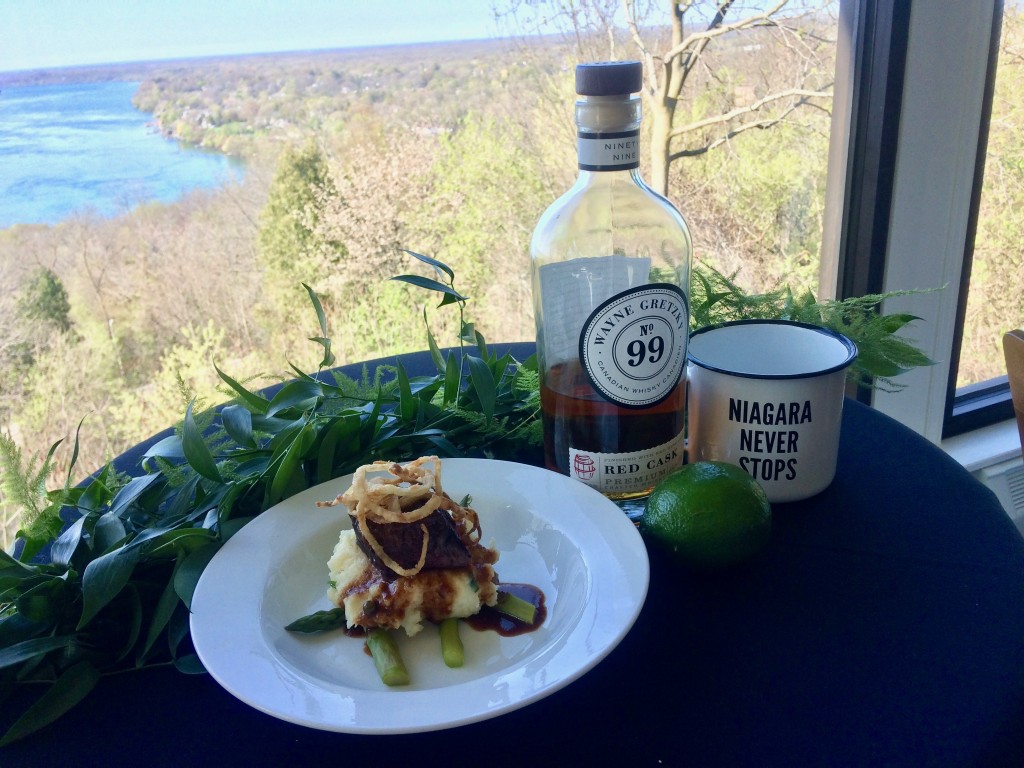 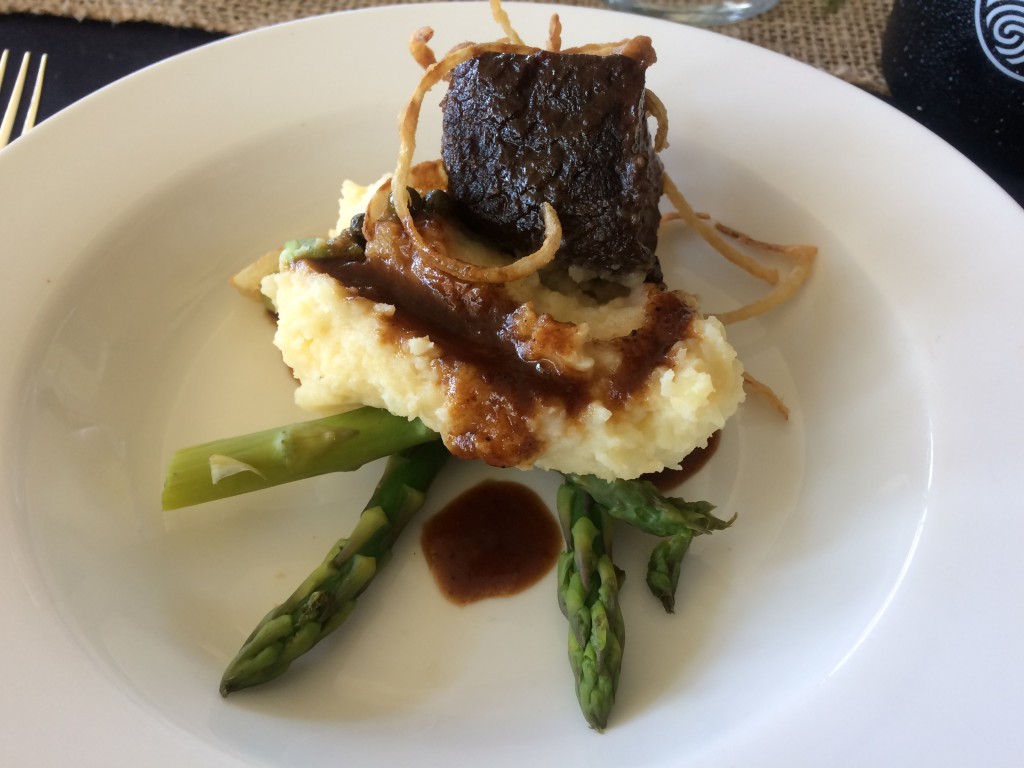 STOP FIVE: Elements on the Falls Restaurant
This spot is on the brink of Horseshoe Falls, located on the upper level of Table Rock. Rainbows and spray abound! Chef Elbert Wiersema, who has worked in Paris, London and Bermuda, loves classic French cuisine, but he gets his ingredients from local purveyors. The Manitoulin rainbow trout, Fogo Island cod fillet, northern pickerel soufflé, maple wood smoked scallop, asparagus, roasted fennel Riesling reduction was cooked to perfection. 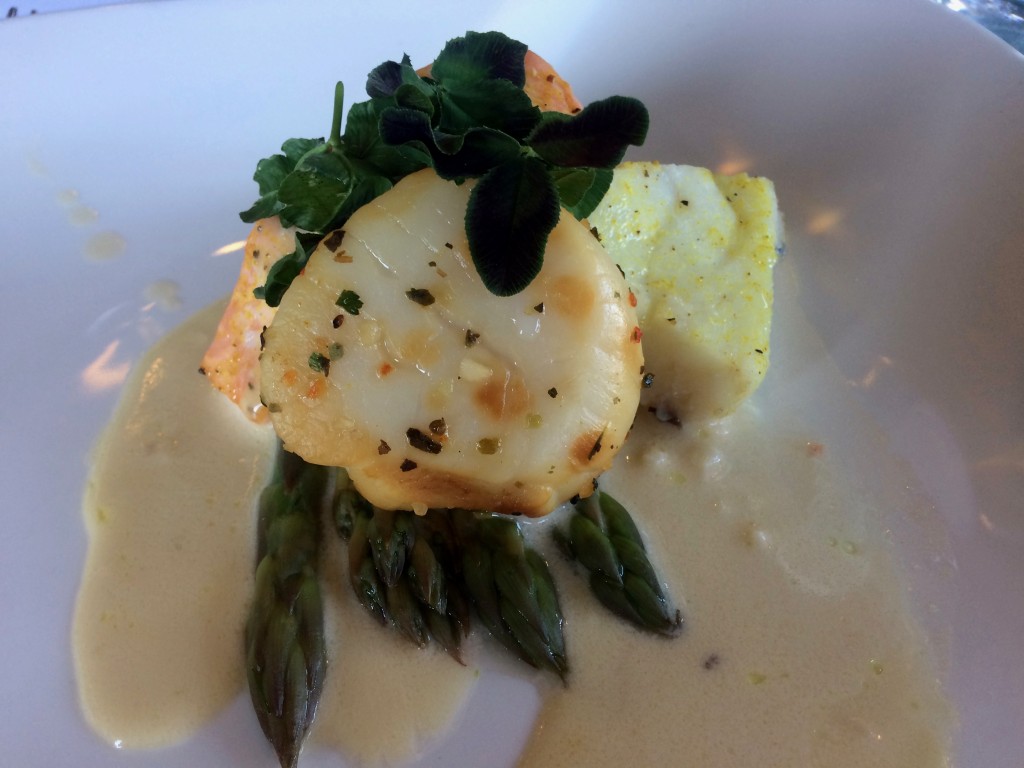 The Wayne Gretzky Estate Series sauvignon blanc was a perfect match. To top it all off? A baked Spy apple tart, Crimo Farms heartnut marzipan, sea buckthorn, berry gelato and cranberry Anglais sauce …along with a lovely shot of Gretzky Cream Cocktail. 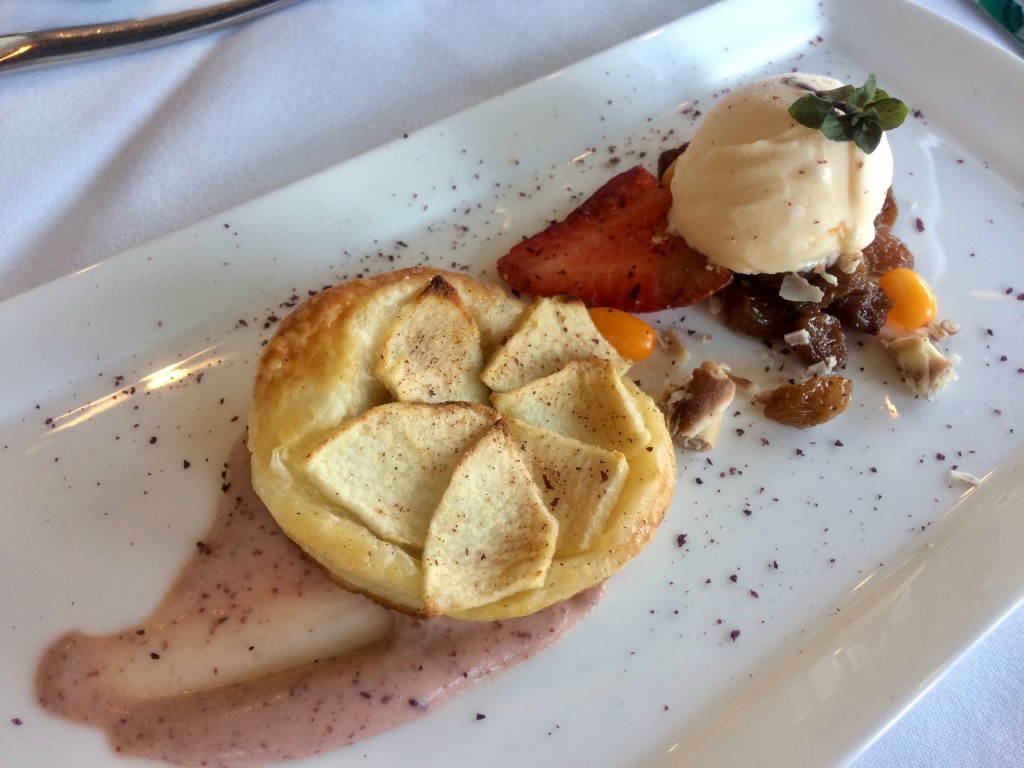 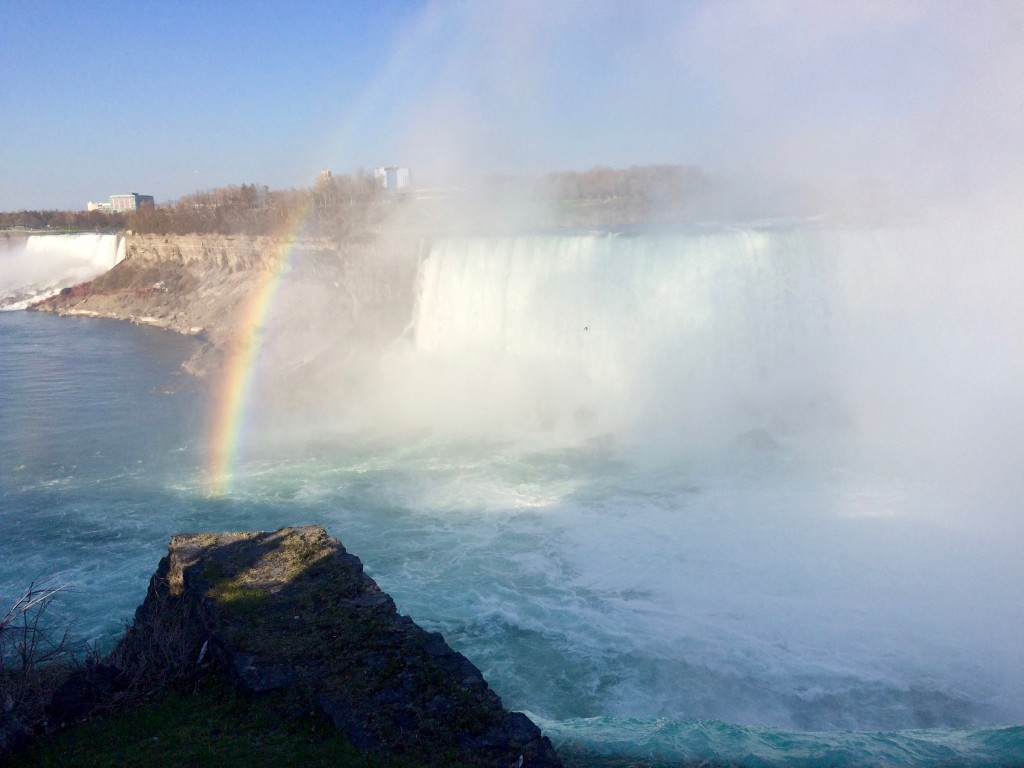