Posted on August 15, 2018 | Comments Off on Historic Osgoode Hall 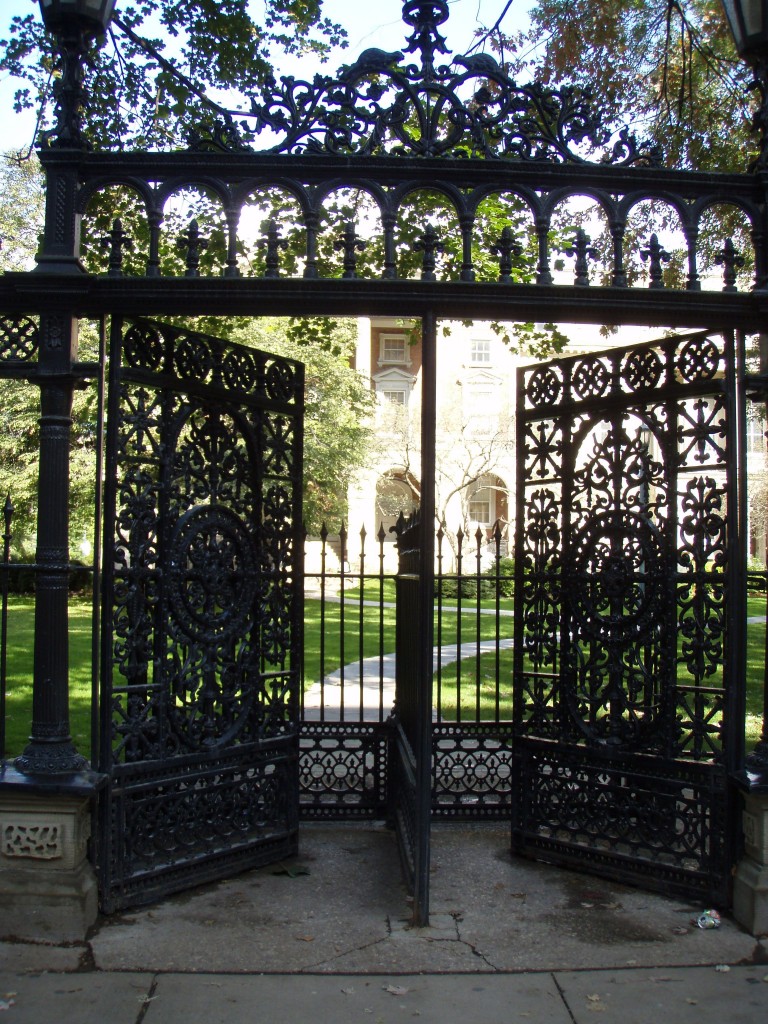 It is easy to walk by the black iron fence on the north side of Queen Street, just east of University Avenue, without a thought to what lays beyond. 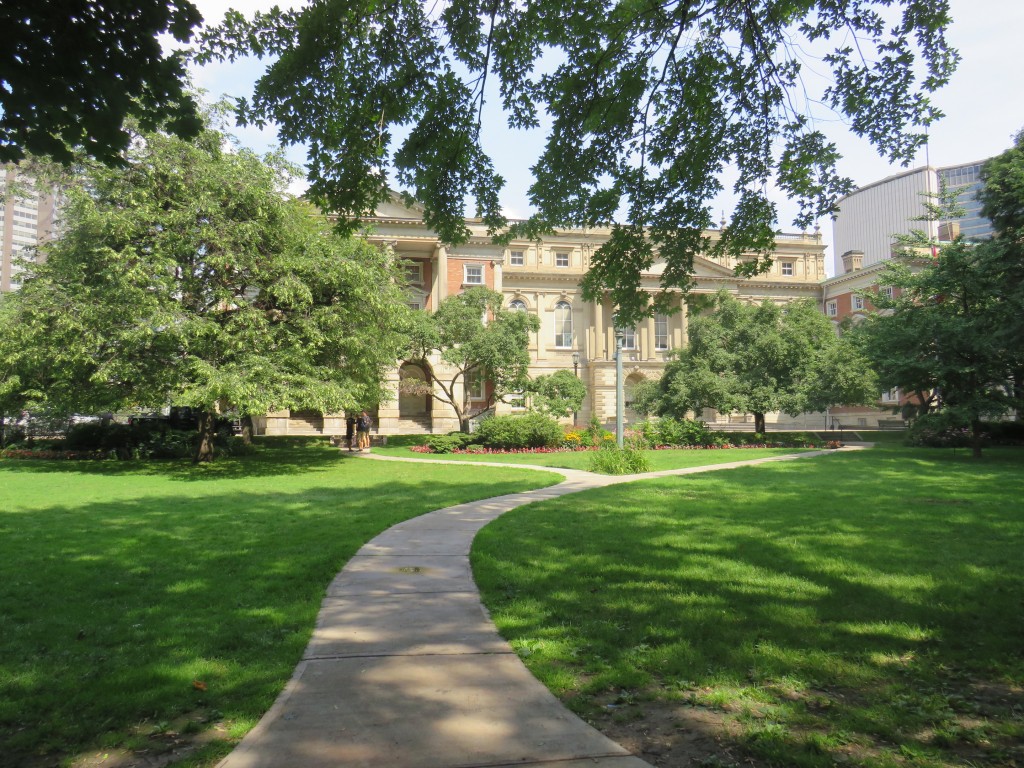 And yet, this is a very historic and important place…where the scales of justice are balanced. 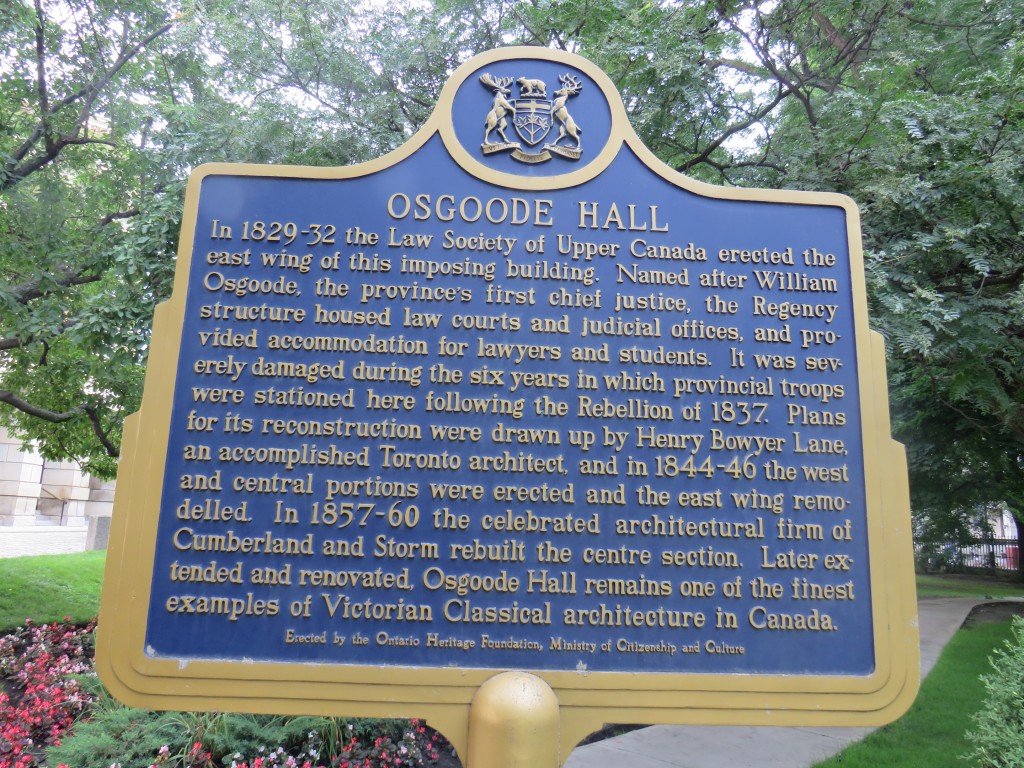 Osgoode Hall is a heritage building and the hub of Ontario’s legal activity. The six acres it sits on were acquired by the Law Society of Upper Canada in 1829. Named after William Osgoode, the first Chief Justice of the province, the building has undergone more than 10 major restorations, but the front facade still reflects the 1860 design. 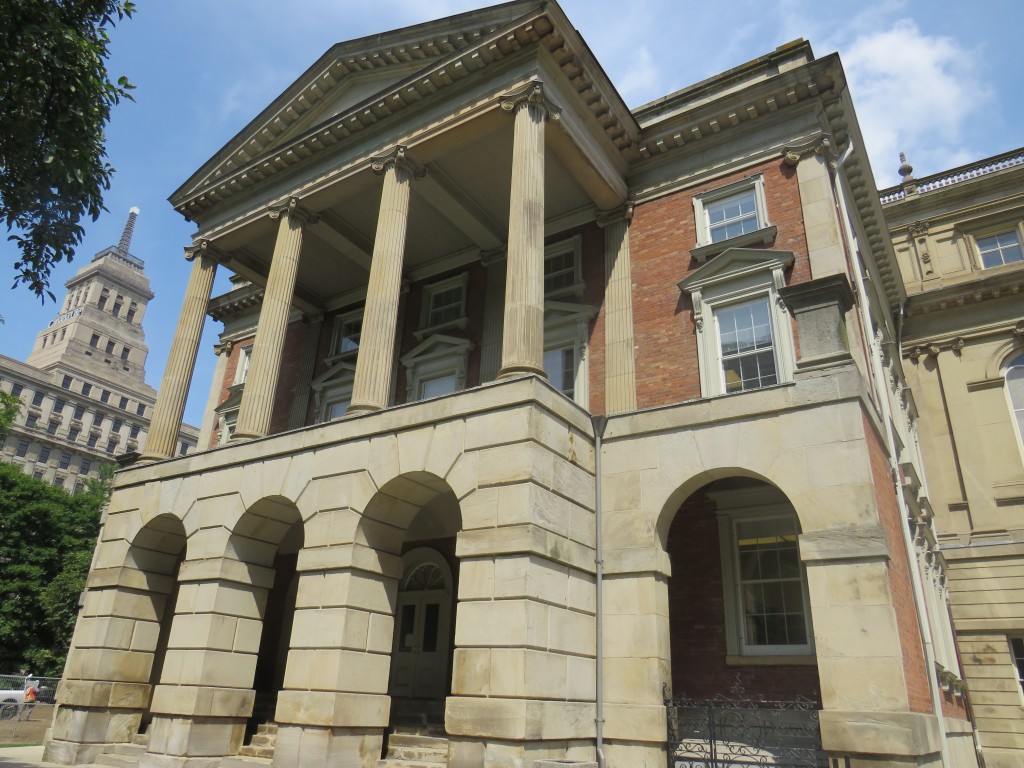 Originally, Osgoode Hall housed the regulatory body for lawyers in Ontario along with its law school (formally established as Osgoode Hall Law School in 1889). This was the only recognized professional law school in the province at the time.
Osgoode Hall currently houses the Ontario Court of Appeal, the Divisional Court of the Superior Court of Justice, the offices of the Law Society of Ontario and the Great Law Library.
In addition, it has a wonderful restaurant that is open to the public from September to June. 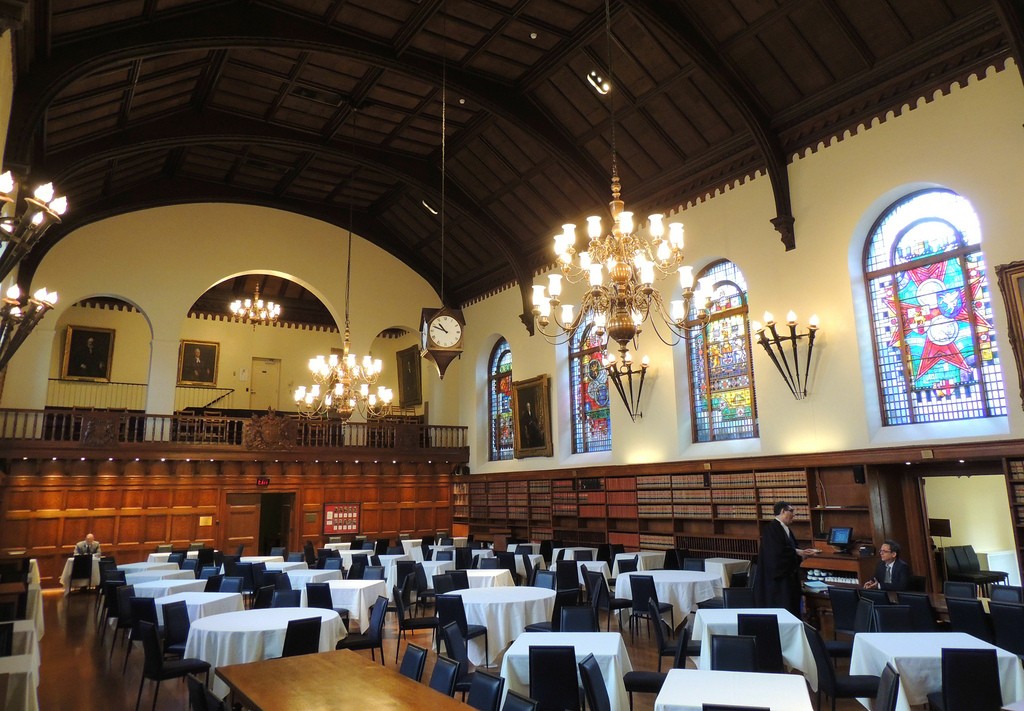 In summer, tours of the entire site are offered. 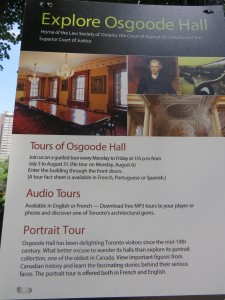 A true gem, in our own backyard!