Truc Bach, Me and John McCain 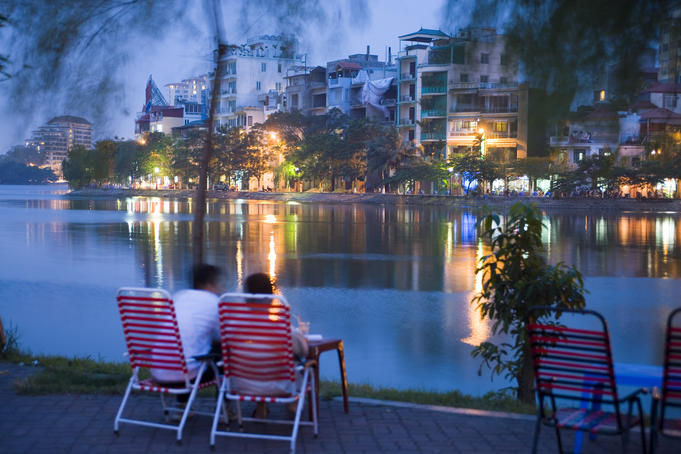 When I lived in Hanoi, I had an apartment in the quiet enclave of Truc Bach. It is on tiny Truc Bach Lake, a diked off portion of Tay Ho Lake. I was a little shocked to learn this is where the late Senator John McCain landed when he was shot down during the Vietnam War (known here as the American War), in 1967. Searching the internet I learned that US Navy aviator John McCain was shot down by anti-aircraft missile on a mission against a Hanoi powerplant and parachuted wounded into Truc Bach Lake, nearly drowning. He was dragged out of the water and beaten by city residents who were angry at having seen the area razed by previous U.S. attacks. He was later taken away as a prisoner of war.

Photo courtesy Wikimedia Commons.
I came upon a monument marking his downing called Tchen Sney Ma Can on the western shore of the lake. Beside the depiction of a downed airman, there’s an inscrption in Vietnamese saying, “On Oct 26, 1967, at Truc Bach Lake, the military and people of Hanoi arrested Major John Sidney McCain, a pilot of the American Navy’s air force.” 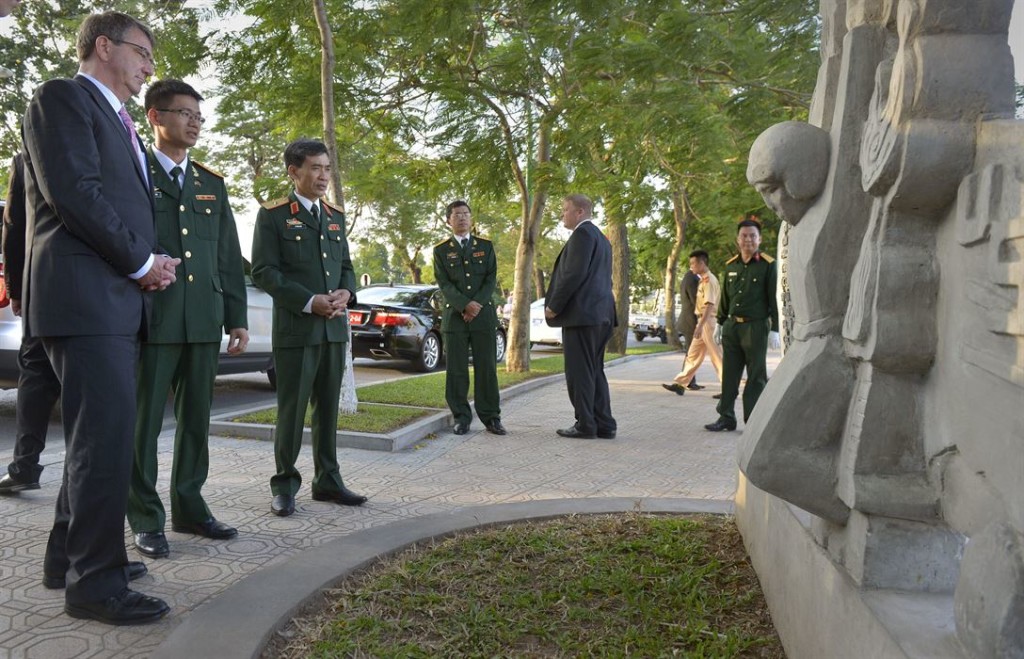 This shot (courtesy the U.S. Defense website) is of Defense Secretary Ash’s visit to Hanoi in 2015.
Apprently, when McCain made a trip to Vietnam in 1985, he returned to this spot. A lot has changed since his horrible experience. Most people in Vietnam are under the age of 30 and don’t even know who he was. Plus, the Truc Bach and Tay Ho area is now filled will posh hotels including the Sofitel, the Hanoi Club and the Sheraton. It’s a very desirable neighbourhood. 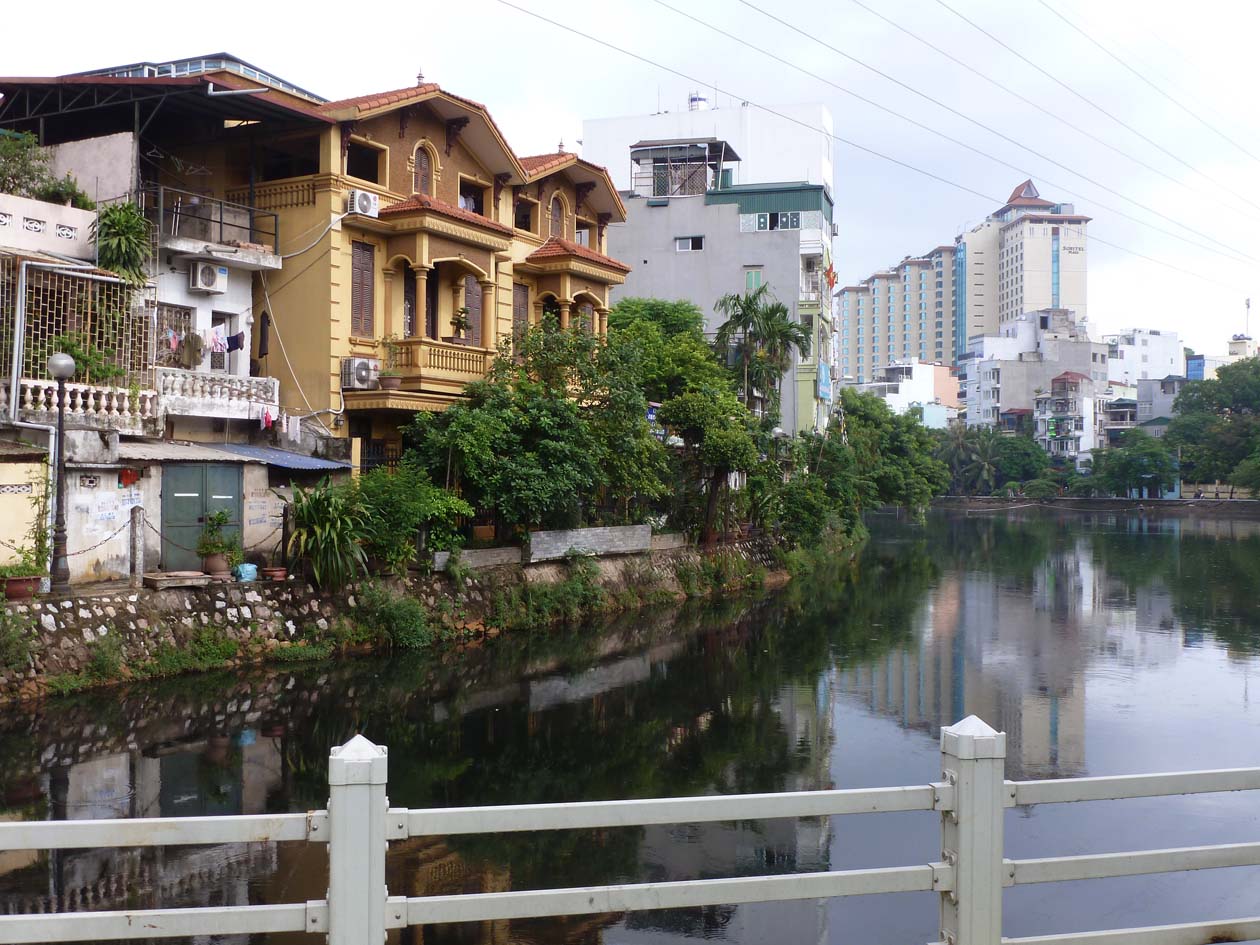 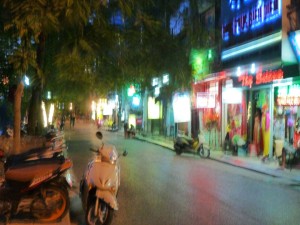 FAST FACTS
1) Truc Bach was separtated from Tay Ho by the construction of a dike in the 17th century, allowing inhabitants to fish. Today, it is extremely polluted although there are still lots of fishermen and nets to be seen. I would advise against eating anything caught here.
2) In the 1700s, Truc Lam Palace was constructed on the lake shore. It first served as a pleasure palace housing concubines, but was later converted in to a prison for royal concubines found guilty of crime. The silk they produced became known as ‘Bamboo Village’ Silk and was famous for its beauty. At the time, the area was known also for its crafters of bamboo blinds.
3) According to history, during the Le Dynasty (1428 – 1527), people of the 5 villages Dong Mai, Chau My, Long Thuong, Dien Tien and Dao Vien (from Hung Yen and Bac Ninh provinces), who were skillful at bronze casting, migrated to the capital to establish a casting workshop for business. They settled in the Truc Bach area and set up a new village called Ngu Xa to remember their five original villages. Afterwards they reorganized into a separate professional guild called Ngu Xa bronze-casting guild. Nowadays Ngu Xa Street is still there to the east of the Truc Bach Lake, in Ba Dinh District. There’s a really interesting article that gives more detail on the bronze casters there who are still practicing their craft by Vu Thu Ha in the Viet Nam News.