Activities and Legends of Halong Bay

Posted on December 13, 2018 | Comments Off on Activities and Legends of Halong Bay 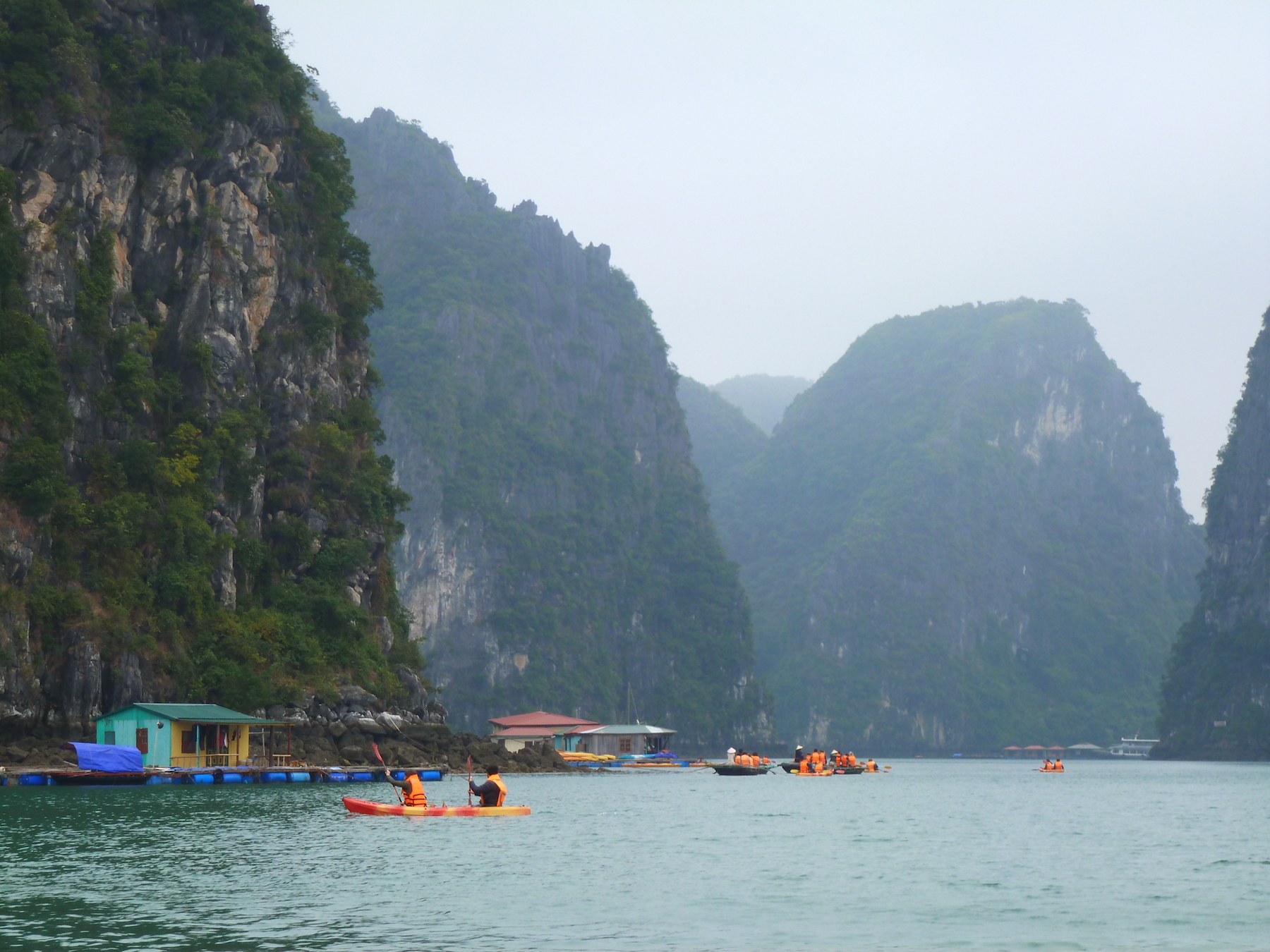 Halong Bay is around a three-hour drive northeast of Hanoi and well worth the trip. The UNESCO World Heritage Site’s name translates to “descending dragon” and the bay features thousands of limestone karsts and isles in various shapes and sizes. Halong Bay is a center of a larger zone which includes Bai Tu Long Bay to the northeast, and Cat Ba Island to the southwest. These larger zones share a similar geological, geographical, geomorphological, climate, and cultural characters. The area has amazing kayaking and there are many caves to explore. 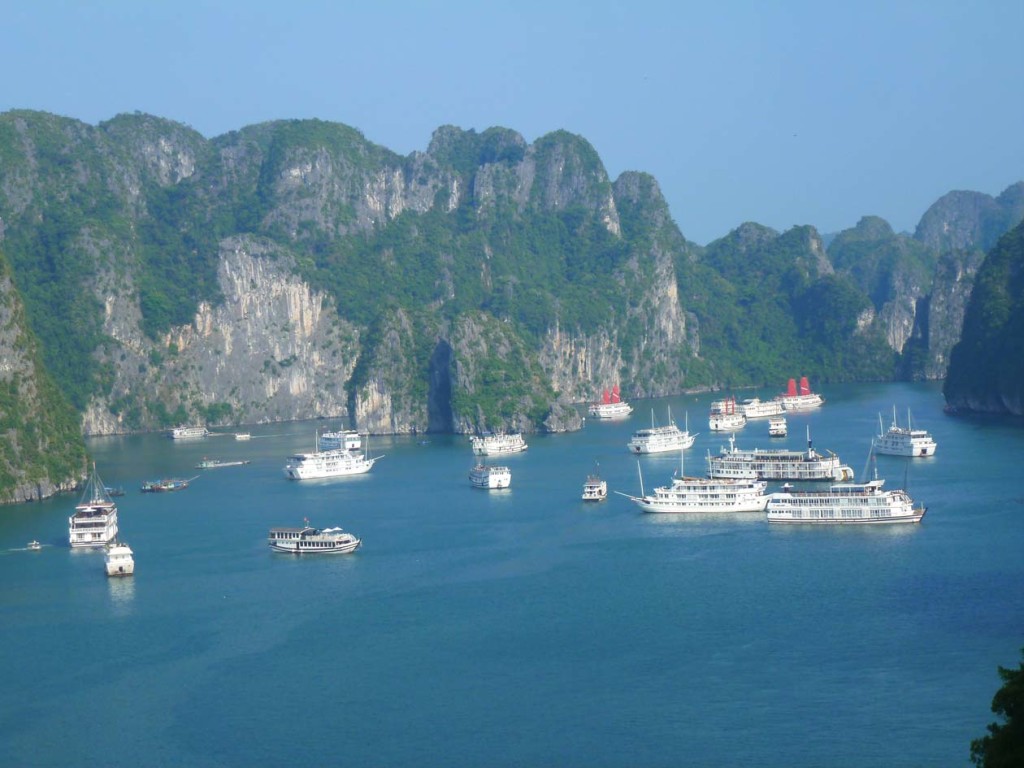 My husband and I took an overnight junk boat trip and were able to spend an afternoon paddling past the towering stone formations. 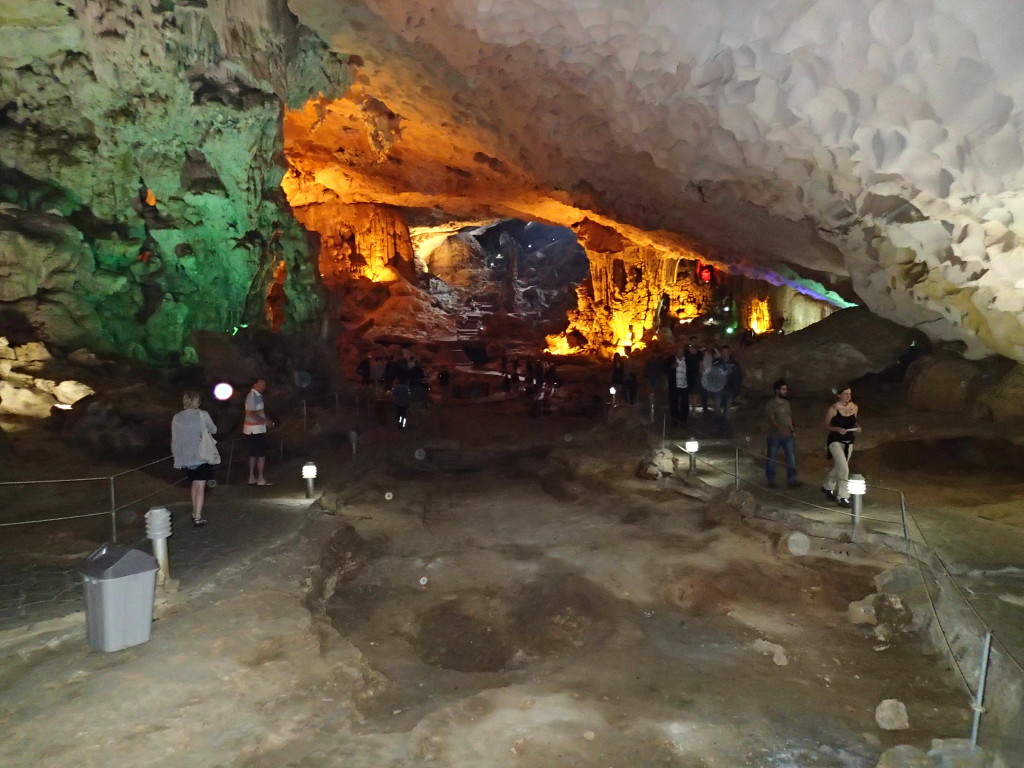 The caves were also a delight to walk through, having paths and colourful lighting. 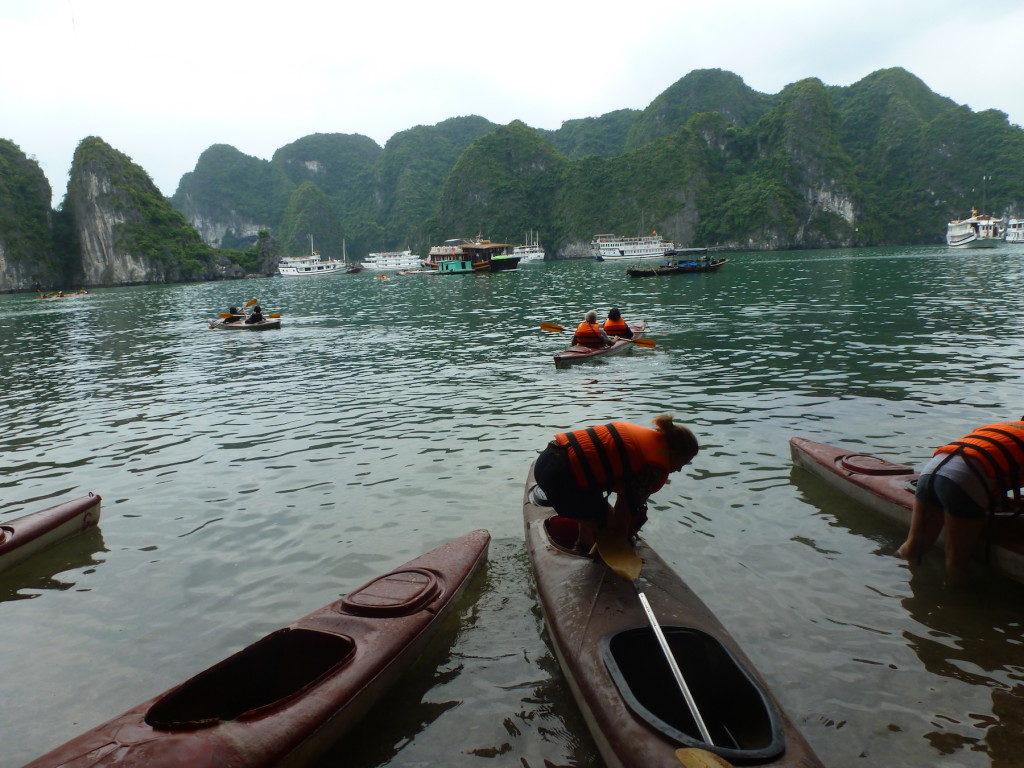 Searching around on the web, I found a site called HalongHub that describes some of the legends of the area. According to the tales, when the land was newly formed, the Vietnamese forefathers had to fight against fierce invaders coming from the North by sea. The gods from the heavens watched, then sent the Mother Dragon and her children to help the Vietnamese people defend their country. The dragons descended upon the earth, incinerated the invaders and spat jewels of emerald and jade that upon hitting the land, turned into great islands and islets that formed invincible defensive walls that the invaders could not overcome. The enemies fled and peace finally returned to this Southeast Asian country. After the battle, the Mother Dragon and her children did not return to the heavens, but stayed in the mortal world. 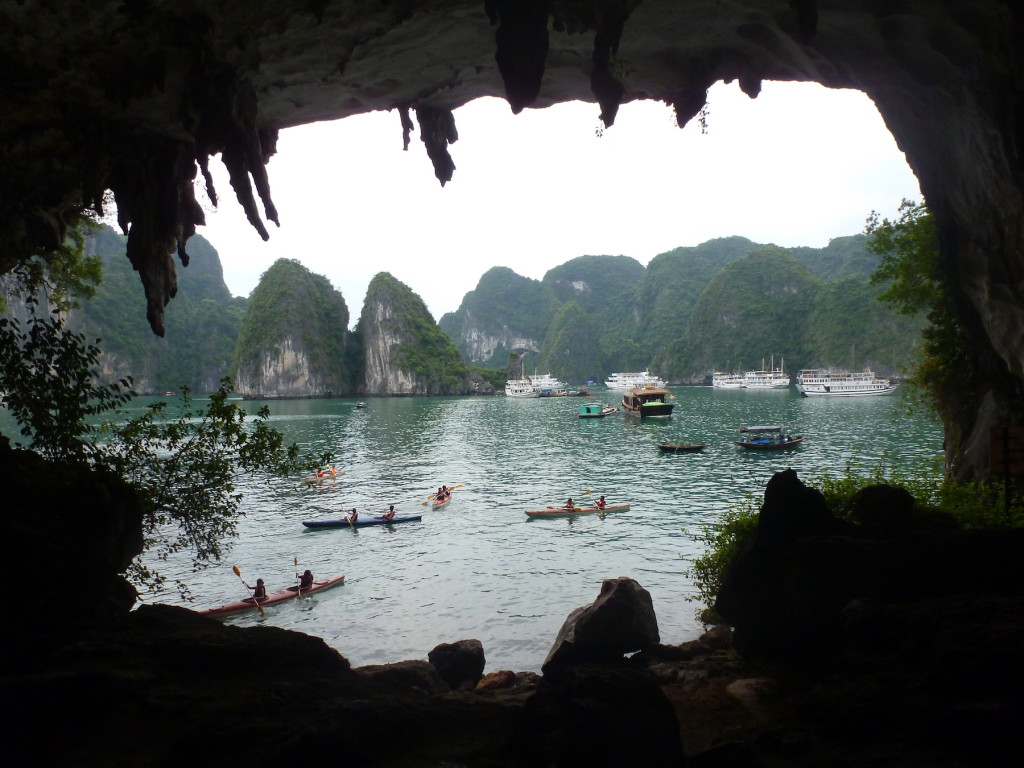 To this day, the dragons lay on the lands they helped protect and it is their shapes that form the bays iconic mountainous landscape. The area called Bai Tu Long literally means ‘Thanks to the Dragon children’ and their tails form the area of Bach Long Vi while the great Mother Dragon forms Halong Bay, which literally translates as ‘Descending Dragon Bay.’ 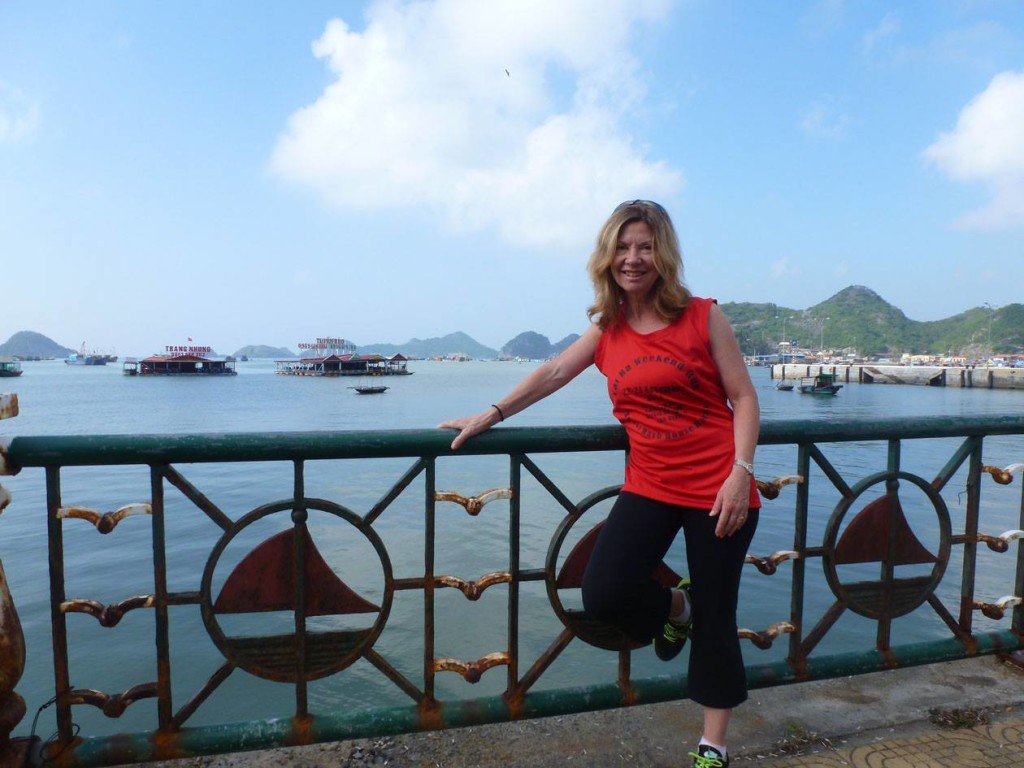 Cat Ba island is the biggest island in the region. Here, during times of war (even as recently as the American War) women produced supplies such as medicines, bullets, and clothes for men fighting on the front lines. The nearby island where men often fought enemies was called Cac Ong island meaning “Island of Men.” The island where the women lived was named “Cac Ba” which eventually morphed into “Cat Ba” island which means “Island of Women.”

This entry was posted in Destinations and tagged Halong Bay, Vietnam. Bookmark the permalink.