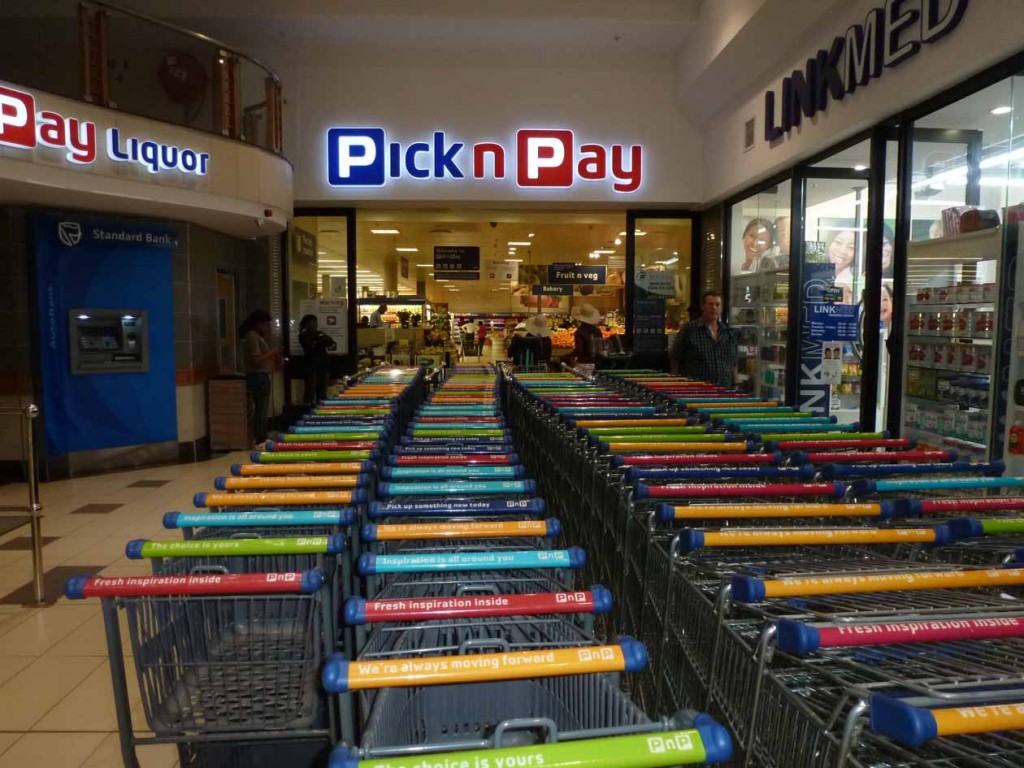 I’ve been in Swaziland for two weeks and am starting to get the hang of things. On one hand it’s a very modern country, for those with an education and money, and a very challenging one for those without.  There’s a brand new mall near my house, called Riverstone Mall, and it looks much like anything we’d have in North America, or even nicer. This is where I do most of my food shopping…at a grocery store called Pick’N’Pay, which is a South African chain. Interestingly, the prices are the same or higher than prices in Canada and you can get just about all the same sort of stuff. Feta cheese, butter, milk in a carton, even frozen foods. Anything processed is expensive. I stick to mainly vegetarian choices. Lots of lentils, beans, rice and yummy fresh produce. There are tons of vendors and street stalls, too. They all seem to sell the same produce, it looks like from a mega-agro producer. You can’t get single items, everything comes tightly bagged in multiples. I bought a bag of 8 tomatoes today for 5 E – roughly 60 cents. So, some vegetables and fruits are quite a bit cheaper than in Canada. Other produce I’ve been enjoying include fresh oranges, lemons and avocados. I made guacamole the other day to die for. But no corn chips anywhere! I made do with crackers.

Here are a few more of my observations in this tiny, beautiful country so far….

1)    Swazis love meat. A BBQ cook-up is called a Braai. My stove is even equipped with a “braai” or grill. 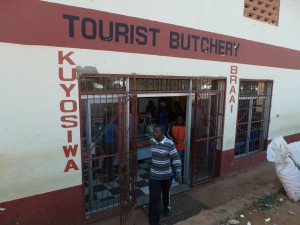 A little spot in Manzini with delicious braai.

2)    The love of meat can even be seen in potato-chip flavours – Short rib or Smoked Beef chips are very popular. 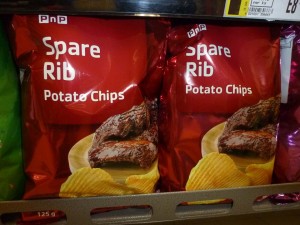 3) There are also many interesting sauces on the grocery store shelves. 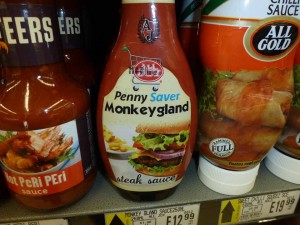 3)    Plastic bags are everywhere. I buy three items and I get three plastic bags. Cashiers look at you like you’re crazy when you tell them you brought your own bag.

4)    South African wine is a tremendous value. Some of my favorites that sell in the LCBO for $12 or more are less than half-price here!

5)    There is a whole section in the grocery story devoted to “fat spreads” aka margarine. I prefer butter, but even so, it’s enough to put you off your toast.

6)     Swazis aren’t really into coffee. I’ve found only 2 coffee shops in Manzini, a town of more than 70,000. Thankfully I have my own coffee maker.

9)    There are three gyms in Manzini, and lots of expat members. This is because there are quite a few international NGOs (Clinton Health Access Initiative, Catholic Relief Services), both here and in the capital city of Mbabane.

10)                  I’ve discovered a delicious relish-y item called chakalaka. It’s made of onions, carrots, green peppers, tomatoes and chilies and you can buy it in a can or at the take away vendors. You can put it on bread or use it to spice up just about any entrée. I love it and mix it with beans, cabbage and any other main course dish.

11)                  Swazis eat a cornmeal mixture that is much like polenta, called pap. It looks like mashed potatoes on the plate and is very dense. It’s not particularly flavourful on its own, but is delicious with chakalaka!

There are lots more Swazi specialties for me to explore and I’ll be sure to share my experiences with you on this African adventure.

This entry was posted in Destinations and tagged Food, Swaziland, Travel. Bookmark the permalink.