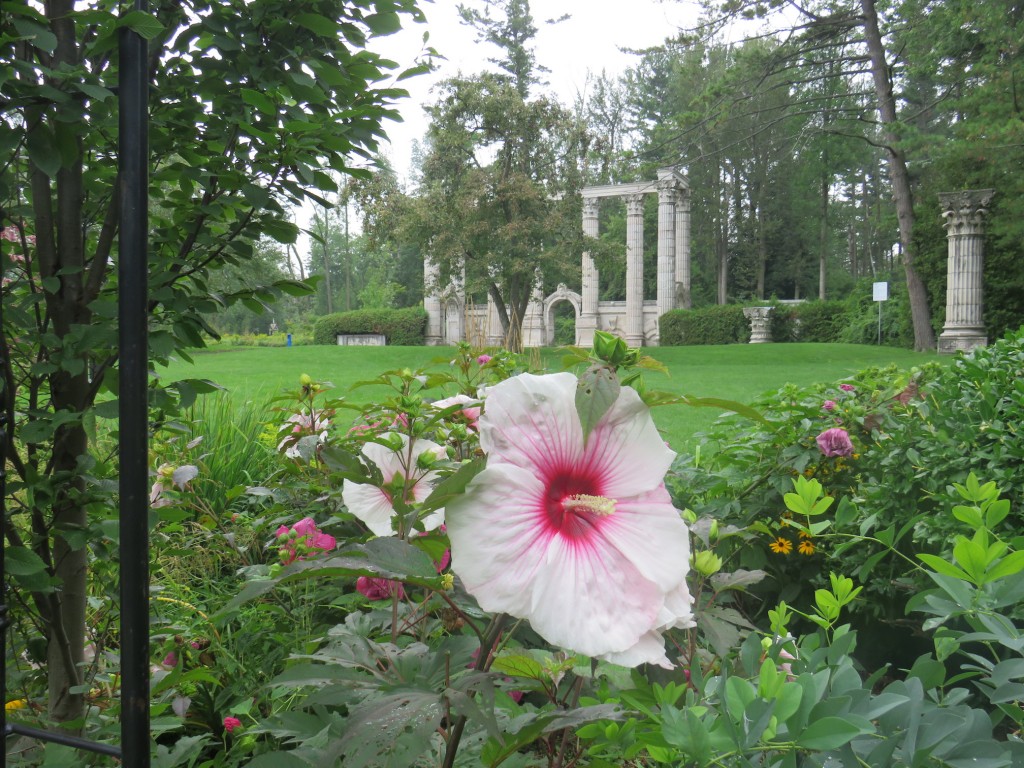 I used to hear about the Guild Inn, located near the Bluffs in Scarborough, as a young girl. It was a fancy place, once a mansion, and my parents went there on a few special occasions for dinner. Out exploring the Bluffs area recently, I decided to search out the property. The Inn is gone, replaced by a special events venue that is popular for weddings. 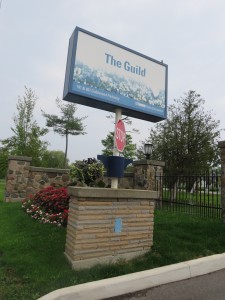 But, what I was most interested in was the Guild Park, now managed by the City of Toronto. That’s where the architectural gems collected by the property’s former owners, Rosa and Spencer Clark, now rest. 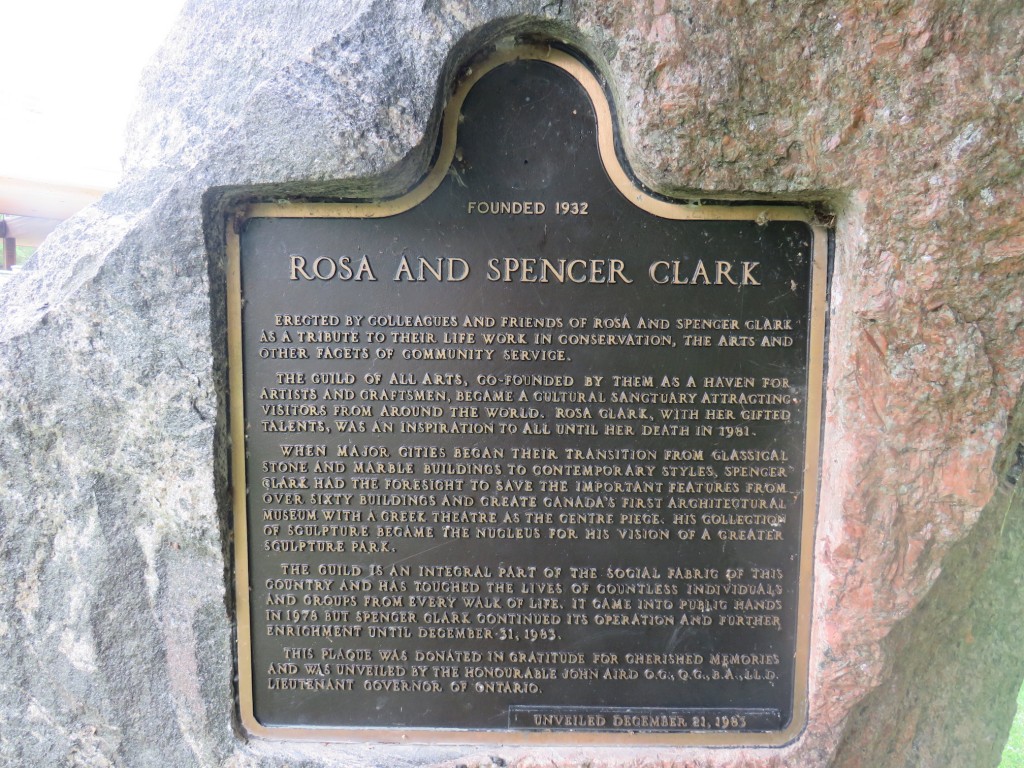 The park is filled with flowers in summer and walking through it felt rather surreal. 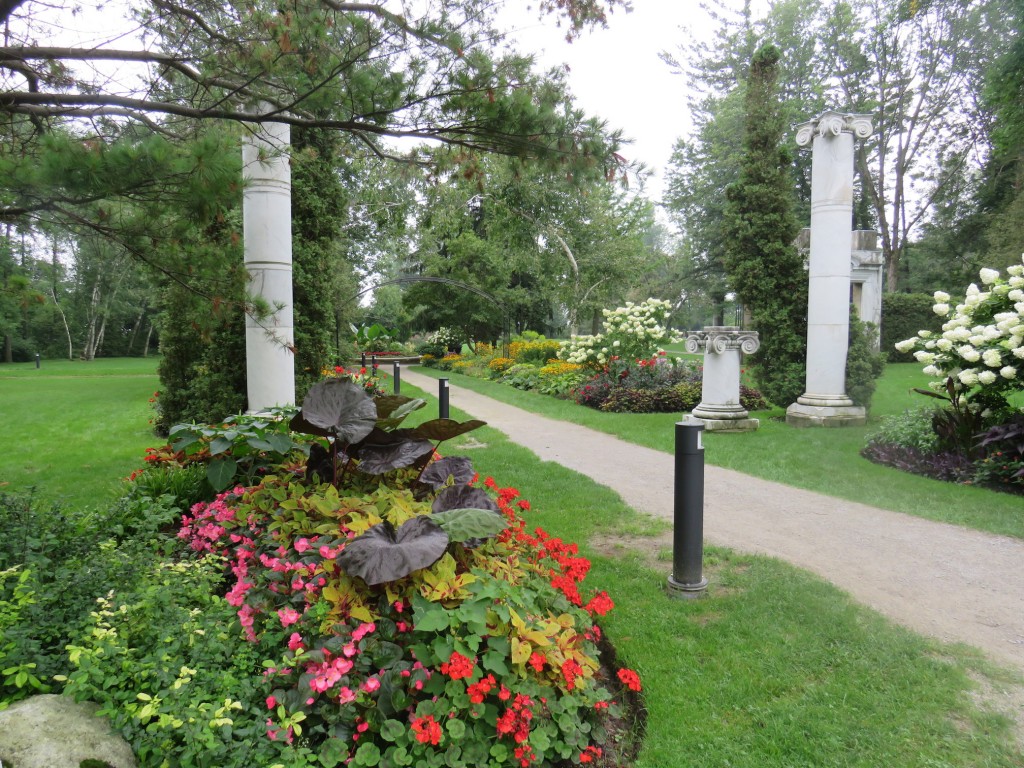 The large stone fragments are spectacular…and in a way make me long to see the original edifices from which they came. 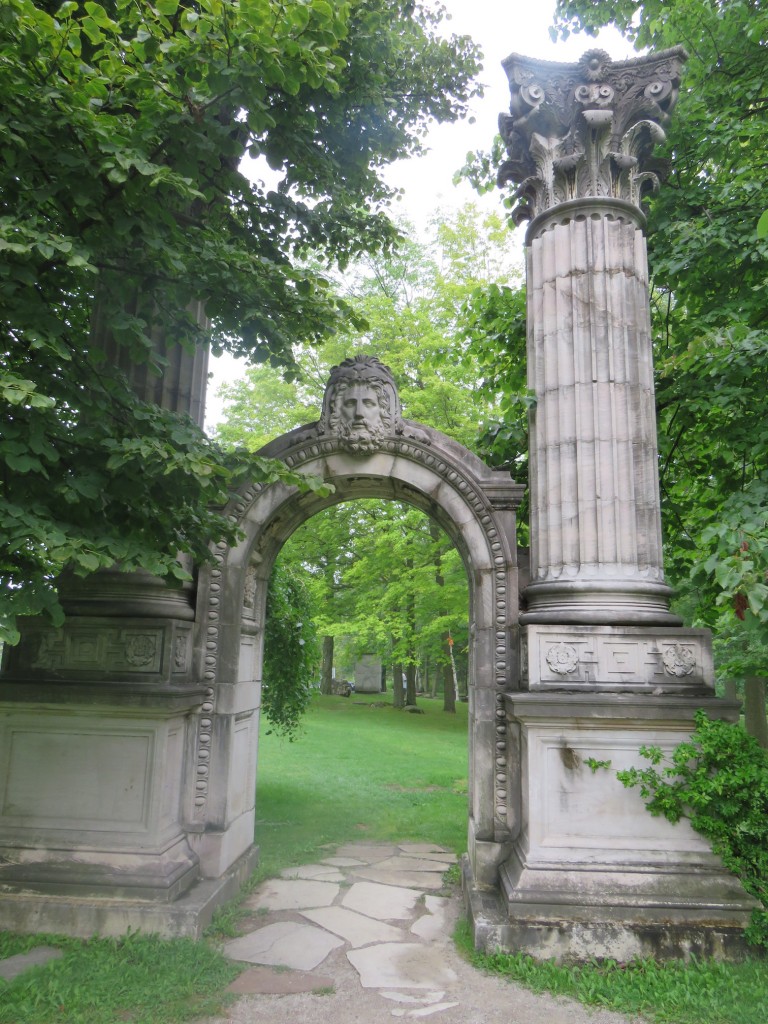 Sadly, Toronto underwent a huge growth development in the 1960s and many treasured older buildings were torn down. But walking past these wonderful pieces of art, it felt like I was taken on a journey back to the grand days of Toronto’s Victorian past. 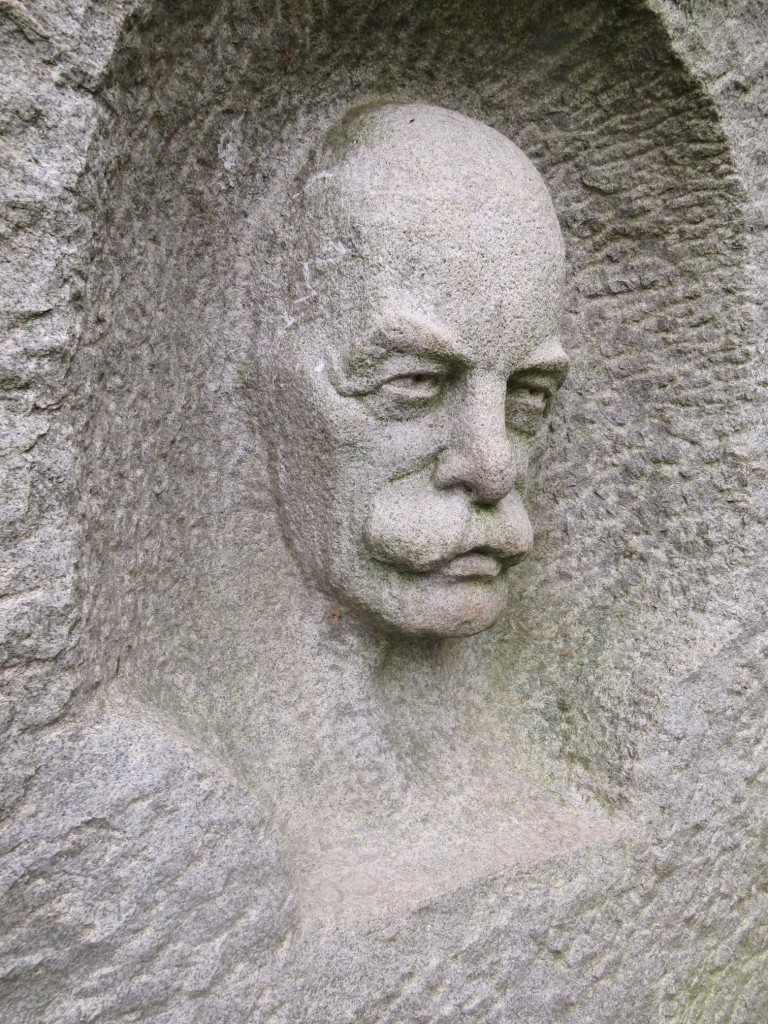 Robert Holmes was a painter famous for his florals. 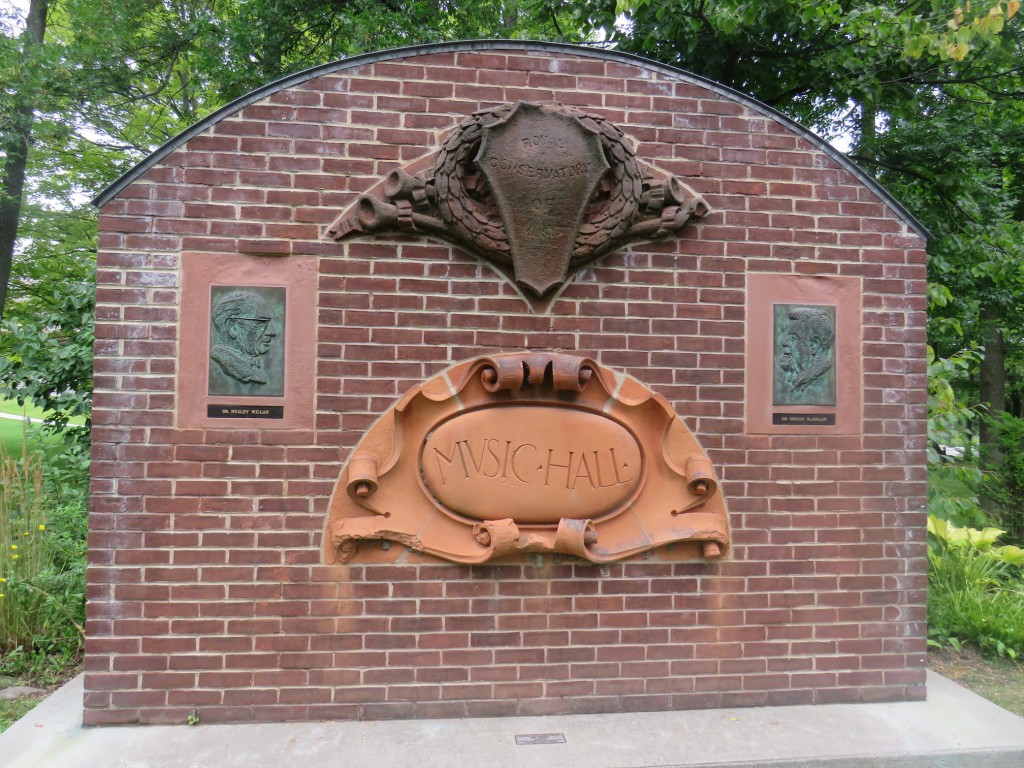 What’s left of the old Royal Conservatory of Music. 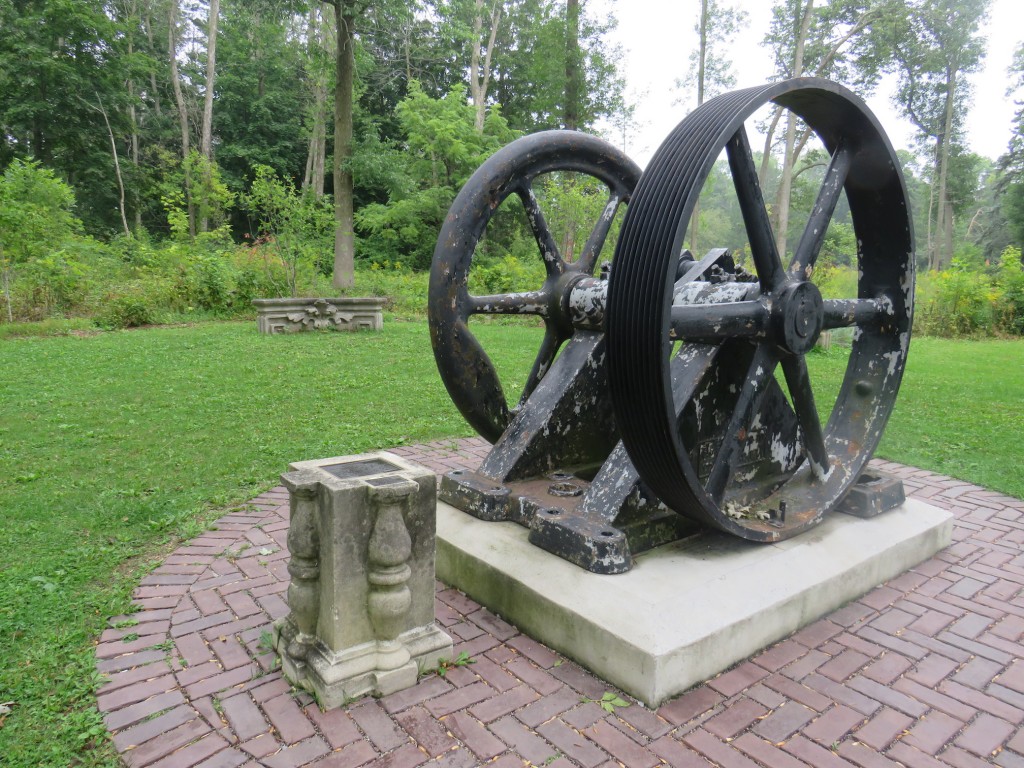 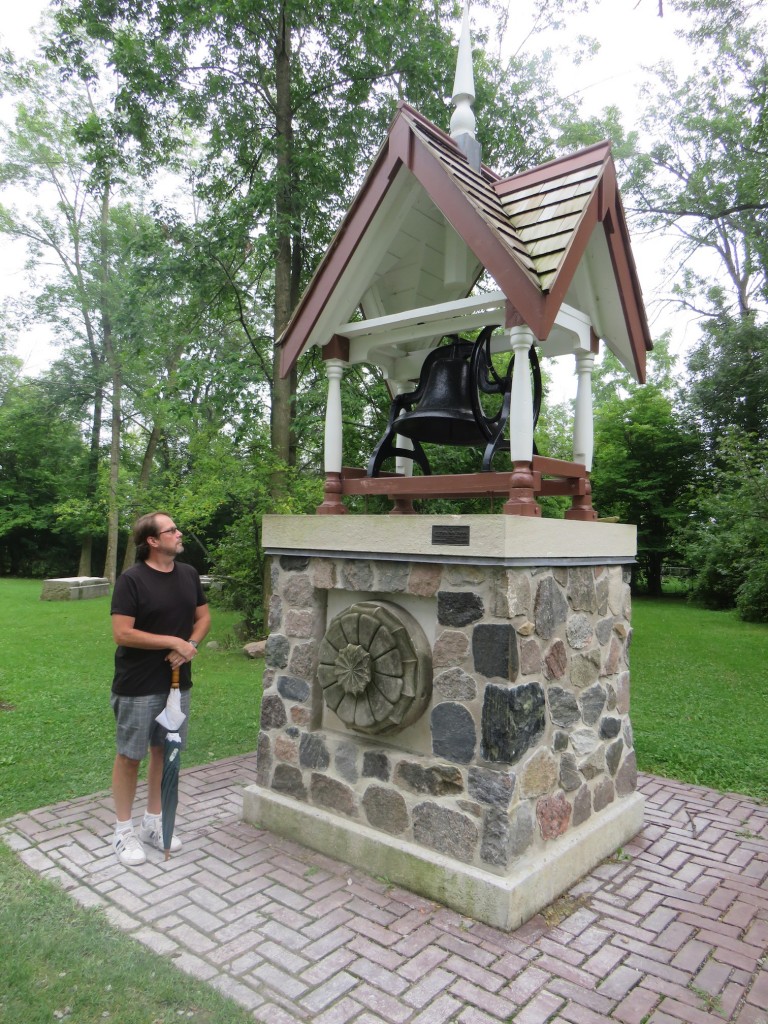 The bell from Victoria Park School.
This place is magical. I must go again.